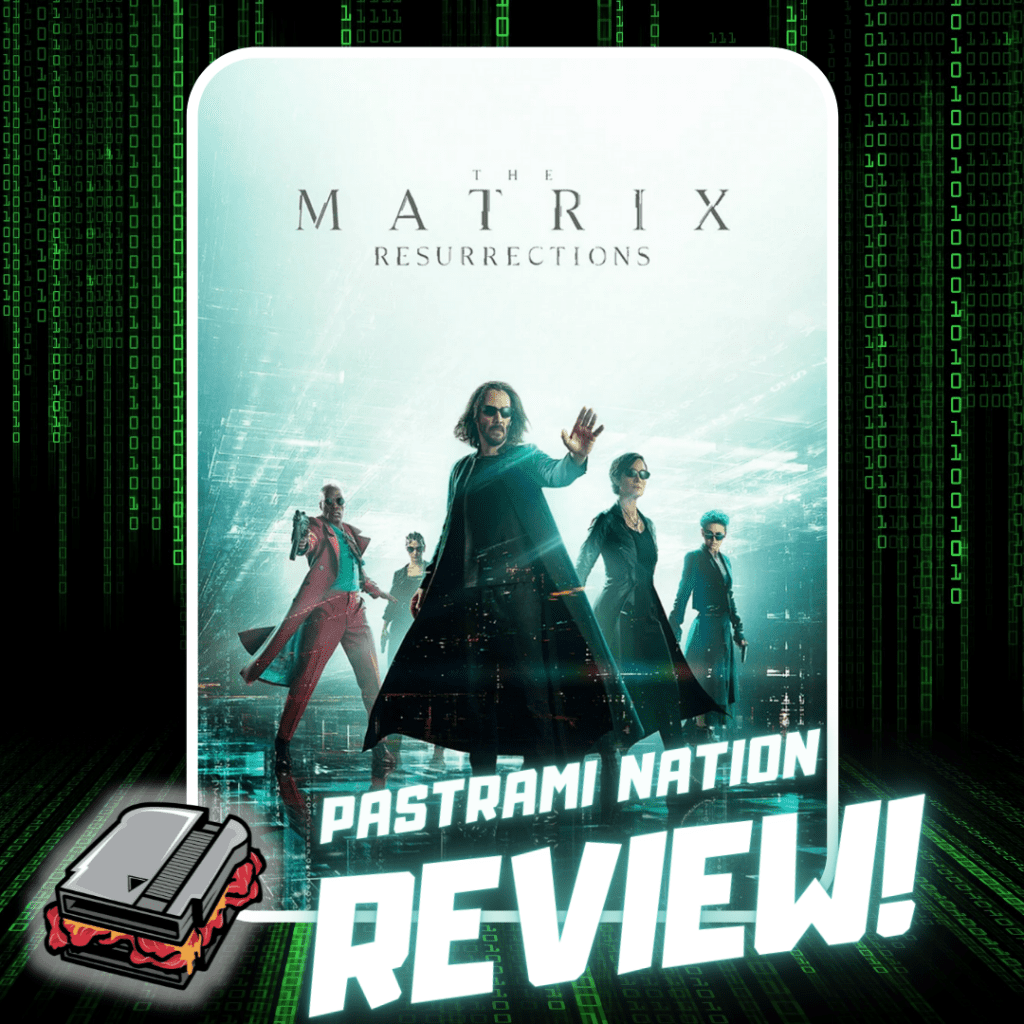 It’s been nearly 20 years since we last visited the world of The Matrix. After the first film became a massive hit, it was hard to watch any media that wasn’t influenced by it somehow. A slew of movies came out that tried to copy what the film had done to varying degrees of success. The reason why so many of them didn’t work was that they were taking the wrong lessons from it and tried to duplicate it. The great thing about The Matrix Resurrections is that it tackles all of that and so much more.

In the film, we find out there is a video game series called The Matrix within this world. It was created by Thomas Anderson (Keanu Reeves), and they follow the storyline of the original trilogy. The game studio’s parent company Warner Bros. is forcing them to go back to the well and create a new game in the franchise, Matrix 4. But something isn’t right. Thomas can’t quite put his finger on something going on, and he doesn’t seem to be the only one feeling this way. After facing his fears, he finally introduces himself to Tiffany (Carrie-Anne Moss), and they share a familiarity with each other that they can’t place. Shortly after this meeting, a new version of Morpheus (Yahya Abdul-Mateen II) offers Thomas the release he has been running away from to embrace his true identity as Neo. Facing the realities of The Matrix once again, Neo teams up with a group of freedom fighters led by Bugs (Jessica Henwick) to fight a new but familiar enemy.

To say that The Matrix Resurrections is just about one thing is a complete misdirect. On the one hand, it’s a deconstruction of our nostalgia and the Hollywood machine that uses it to make a quick buck. There is a series of scenes early on that takes place in a room full of studio heads discussing what made The Matrix work in the first place. Some of them brought up the philosophies and messaging, while the majority seemed to be more interested in the surface-level aspects. It was brought up, but being a trans allegory or the nature of reality itself was glossed over by those in the room to talk about the gunplay, violence, and bullet time. Those things were what got people most excited, and it’s those very things that might lead to the failure of this movie’s box office.

When The Matrix Reloaded and The Matrix Revolutions were released, they were met with a lukewarm reception. It wasn’t that the movies were terrible; they just revealed too much in their own philosophies and went too deep down the rabbit hole, as some would say. Audiences wanted more of the same; amazing fight scenes, mind-bending special effects, and an intriguing enough story. What they got was a thought-provoking meditation on the “real world” and what it means to be human. It wasn’t known until years later that The Wachowski brothers were on their own journey to become The Wachowski sisters and translated so much of their own story into these films. They were deeply personal projects for them, and they weren’t interested in the same old song and dance, which is made abundantly clear with Resurrections.

On the other hand, it continues to be emotionally resonant with Lana Wachowski, who went solo this time around. One of the reasons this movie exists is due to the death of her father, his friend, and her mother. Throughout the film, there is a theme of living in loops and trying to break free from them to move forward. This can be a metaphor for trauma and finding your true self by becoming who you were born to be. I can’t speak for Lana, but it seems to be a bit of both as she has had to cope with the struggles stemming from all of that. Early in the movie Morpheus, Neo and Trinity are living their lives as they are programmed to do without questioning it. It isn’t until they are presented with the choice that they realize there is no choice; it’s who they are, and they must overcome the obstacles in their way to become that person.

Besides the allegories and deeply rooted messages, the film’s structure is unique and deconstructs sequels and reboots in a cool way. It plays with nostalgia like no other, taking everything that makes it special and structures its story around it as opposed to using it to force a reaction out of you. The film offers several flashbacks to the original movies, but they are presented as memories instead of exposition. When introduced to our new Agent Smith (Jonathan Groff) peering out of a window, it cuts to a scene of Hugo Weaving’s Smith in a blink, and you’ll miss it the moment. It’s slick, and you instantly get what they are going for when you see this kind of thing happen a few times. It’s successful at both reminding you of the past while propelling you into the future. Little things like this remind you what this movie is really about.

On top of all that, the performances are great with some returning cast and new faces. Reeves and Moss are electric on screen together, not missing a beat after all of these years. Their chemistry is second to none, and it’s a joy to watch them fall in love all over again. As great as they are, it’s Yahya Abdul-Mateen II, Jonathan Groff, and Jessica Henwick who steal the show. Yahya had massive shoes to fill after Laurence Fishburne played Morpheus, and he brings his own spin to the character while also channeling the wise mentor that Fishburne originated. He’s an incredible actor, and after his roles in Watchmen, Candyman, and this, the man is a star. Speaking of big shoes to fill, Jonathan as Agent Smith is perfect casting. He’s super charming but also meticulous and scary at the same time, which is a terrifying combination. The first time he really steps into the role and yells those famous words is a spine-chilling moment. Jessica brings a childlike wonder to her commanding performance as the aptly named Bugs. If not for her, this whole series of events would never happen, and the world is so much better because of it. She’s curious and mischievous in a way that makes you want to be a better person.

At its core, The Matrix Resurrections is a love story between Neo and Trinity while also being a love letter to humanity itself. It wants you to know that it is possible to overcome your past and present to build a better future. There will be obstacles along the way, but if you look deep inside, you can overcome them. It’s not a movie that particularly needs to exist, but it has a feeling of catharsis running through its veins. It’s the kind of personal big-budget film that I would like to see more of, and it’s worth watching on the biggest screen possible. It is currently in theaters and HBO Max.