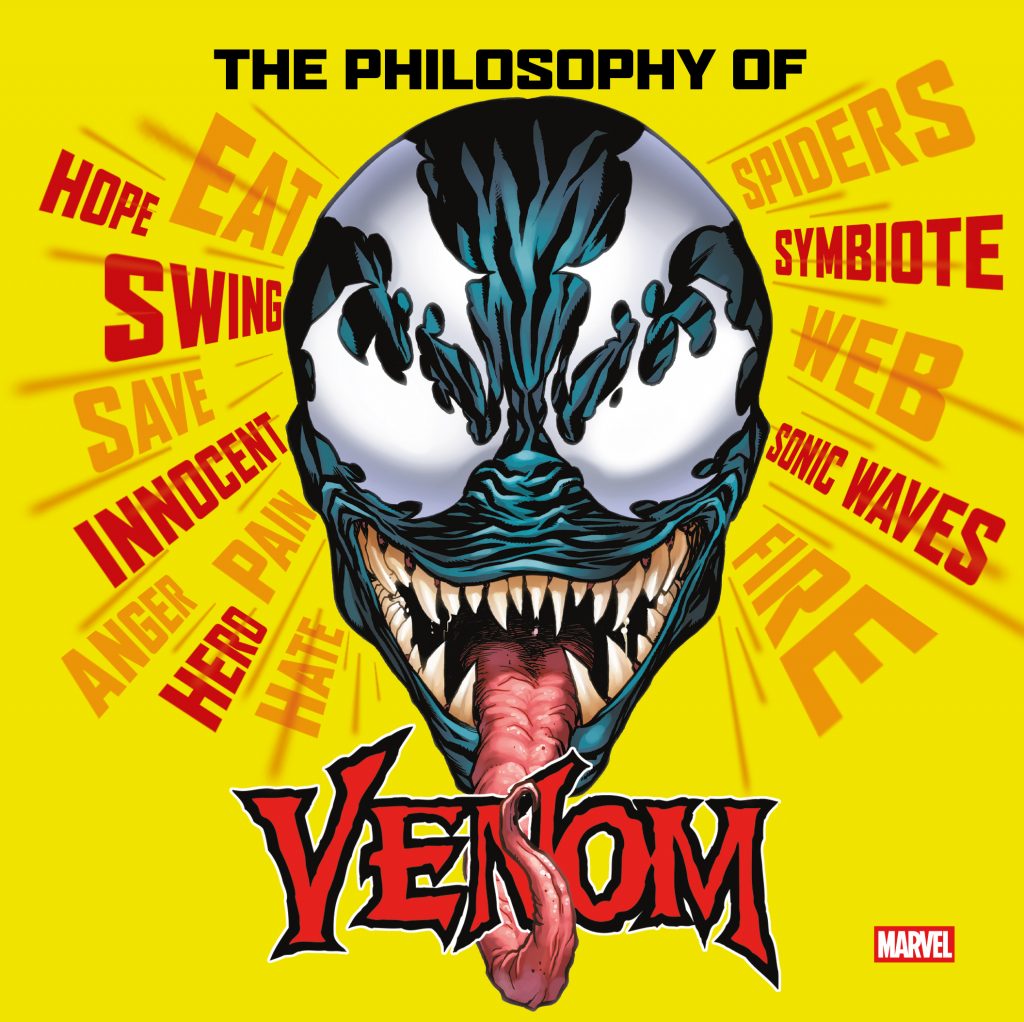 The Philosophy of Venom Review

The Philosophy of Venom, a collection of writings and images from around the globe and throughout the years.  What I would define as the perfect summarization of Eddie Brock and his Symbiote over the last 23 years since the dynamic duo was released upon the world by Todd McFarlane and David Michelinie.

With the current conclusion of Venom Volume 4 (helmed by Donny Cates and Ryan Stegman), this is this is the perfect reminder of how far they have come through storytelling, from villain to anti-hero, to chaotic neutral, to hero and subsequently galactic savior.

As a longtime fan of Venom, I loved reading through the history of this iconic Spider-Man original as a reminder of everything they’ve been through.  From the Church bell that stripped Peter Parker of the black suit to the death of the King In Black as Eddie Brock fought for his world and, most importantly, his son.

This book isn’t for anyone looking to find a new story, what is here is the reminder of everything that comes from Venom.  The man who finds the good in himself while the world throws everything bad at him to Carnage, Toxin, Anti-Venom, Knull, Plague, Scream, Sleeper, and most importantly as introduced in Venom #7, Dylan Eddie Brock.  Venom is, in and of itself, a universe unlike any other.

Whether you’re new to Venom or a longtime fan, there is something here for everyone to give you a wonderful insight into the two characters that make up the name of Venom.  As we’re eminded from the recent completion of Venom Volume 4, Venom is not the Symbiote.  Venom is the combination of the Host and the Symbiote because no single character can make up the strength and endurance that they represent.

So as a final reminder, I leave with the note that We Are Venom.