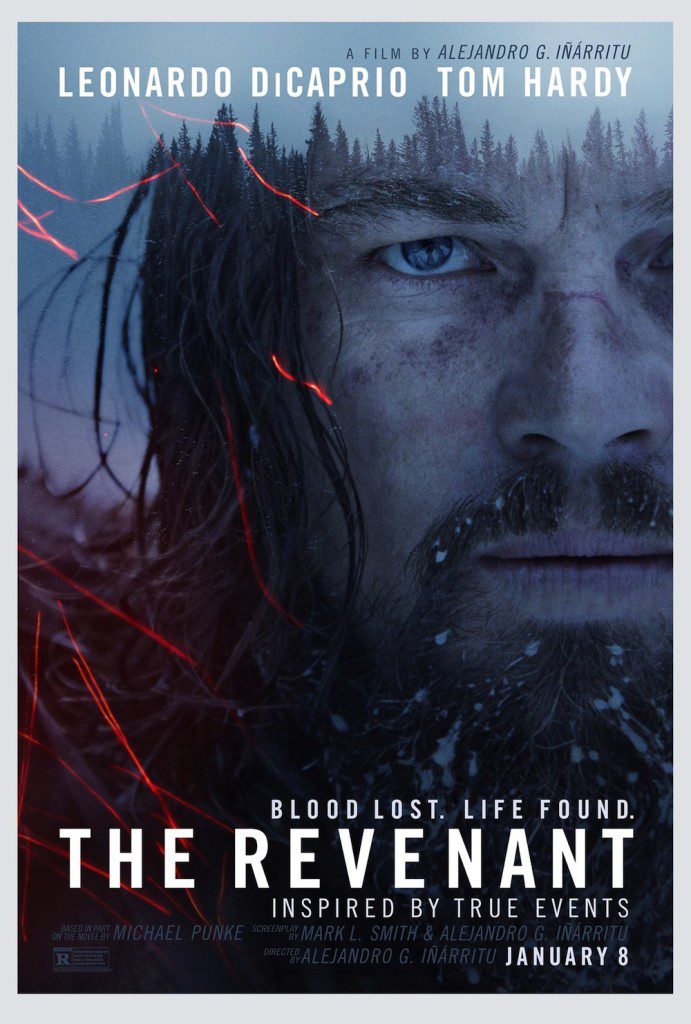 (Victor Valley)—The Revenant has garnered buzz from just about everywhere since its release. Directed by Alejandro G. Iñárritu (of Birdman fame), the film’s unfavorable weather conditions are well known, but the actors agree that after seeing the film completed, it was worth it. I had a chance to see this film at the local Cinemark in Victorville this weekend, and I got to see what all the talk is about.

The Revenant takes place in the 1820’s, as fur trader and frontiersman Hugh Glass (Leonardo DiCaprio) is on an expedition with his son Hawk (Forrest Goodluck) and a hunting group, led by Captain Andrew Henry (Domhnall Gleeson). In this group as well is John Fitzgerald (Tom Hardy), who doesn’t particularly care for Glass or his Native American son. A crazy turn of events leaves Glass alone, broken from betrayal and from being mauled repeatedly by a bear, and in the dead of winter. We see Glass’s sheer will and determination take over as he has to overcome impossible odds to even survive, let alone gain retribution.

This film looks absolutely beautiful, first and foremost. From the opening shot to the ending, this is a breathtaking film. It shows the magnificence of nature, from the all-encompassing sky to the rivers, waterfalls, the sheer snowfall, and more. Another major point to address: this film shows the brutality of the world, which is something I really enjoyed. The in-your-face violence between the group Glass is a part of and the Native Americans pulls no punches, and the bear scene is by far the most graphic and surreal scene I have seen in film involving a bear mauling.

DiCaprio does an excellent job as the tough as nails Glass. With all the roles the man has done in the past, his portrayal of Glass is different than any of the characters I have seen him as throughout the years. A caring, soft-spoken man with a haunted past and a heart for his family, there is no way anyone could hate this protagonist. On the opposite side, Hardy’s Fitzgerald is done so well, the audience has to hate this man by the end of the film.

The film is the total package: with a smart script, visually stunning cinematography, amazing actors and a directorial vision that shines bright, it is no wonder so many are talking about this film. I know the year just started, so it makes it easy to say this is the best film of 2016 thus far.