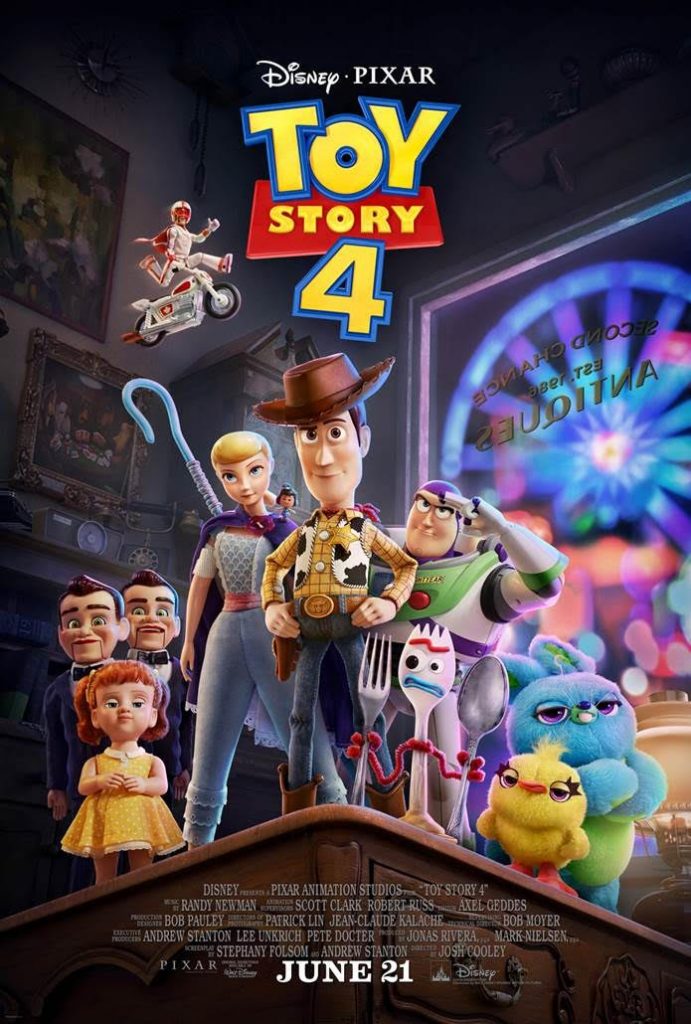 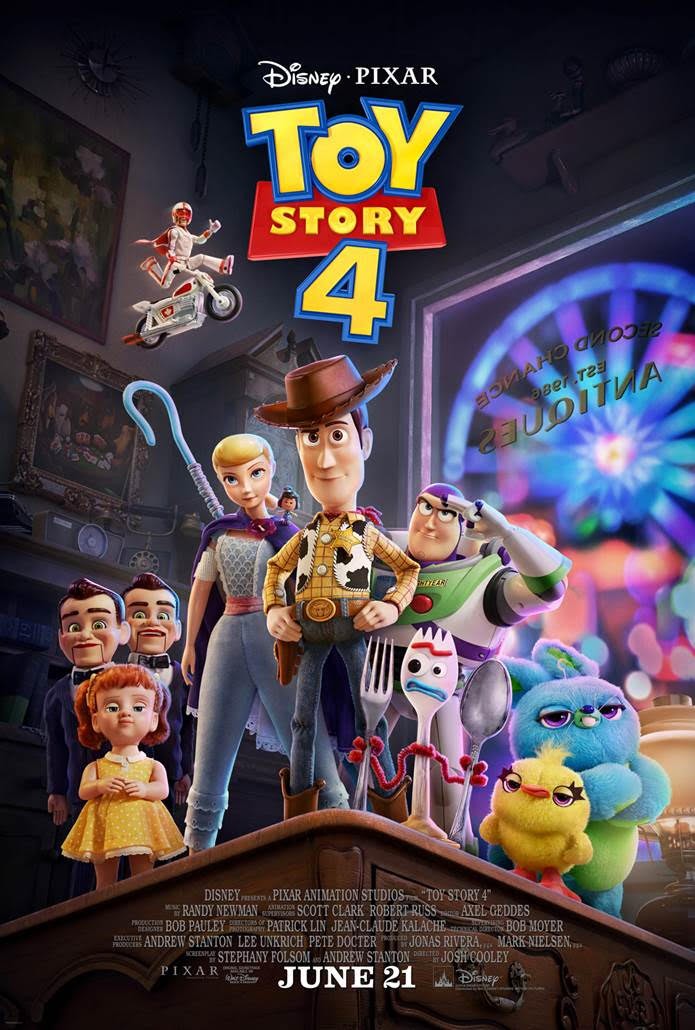 It was over 20 years ago when Pixar released the groundbreaking film “Toy Story.” It was immediately met with praise and made Pixar a household name. Over the course of two decades, Pixar went on to create some of the most entertaining, fun and imaginative animated movies put on film. They made mostly original content, but they also made sequels to some of their most beloved films, to varying degrees of quality, including two Toy Story sequels.

And now, another one has been added to that list, and that is Toy Story 4.

At the end of Toy Story 3, we saw Andy handing his beloved toys to Bonnie. She is now about to start kindergarten and is nervous and afraid. In an attempt to make her feel comfortable, Woody tags along on her first day of orientation. After witnessing how hard it is for Bonnie to mingle with other kids, he sets her up with some craft supplies, including a used spork. With this, she creates her newest and most favorite toy of all, Forky. And as the laws of this world dictate, if you are a toy, you are now alive. Not knowing what to do with himself now that he is a toy, Forky is terrified. All he knows is the trash, so he is continually trying to throw himself away, but the other toys won’t let him do that.

Things go awry when Bonnie’s family decides to go on a road trip. Things go wrong almost immediately as Forky makes a daring escape. After witnessing this, Woody knows there is only one thing to do. He must find Forky and return her to Bonnie. This leads him on an unexpected journey as he reunites with their long lost friend Bo Peep. It’s also a journey of self-discovery, as Woody soon finds out that what he thinks he should be might not be what he is.

The first three films in the Toy Story franchise are considered by some to be a perfect trilogy. They went out with a bang when they released Toy Story 3 nine years ago. It was a perfectly bittersweet ending to a journey of childhood, growing up and moving on. Then they announced the production of Toy Story 4. People were excited about being to see their favorite characters again, but some were left scratching their heads. I fell somewhere in the middle. I was excited to see Woody, Buzz, and the gang again, but I was also wondering if it was completely necessary. Now, after seeing the movie, I can report that I’m still feeling the same way.

I’m going to be honest; I watched the movie a few days ago. I knew that I liked the film, but I also knew that there was something that seemed off. I decided that maybe I should let it sink in a bit more and point my thoughts in the right direction. Instantly coming out of the movie, there were a few things I was positive about. The animation in this film is stunning. Indeed, it’s a marvel to look at. The folks at Pixar has come a long way with their animation. Everything from the characters themselves to the world they live in, it’s just fantastic. It’s almost too real sometimes.

The voice cast for this movie knocks it out of the park: Hanks and Allen are always a pleasure as Woody and Buzz. The addition of Keanu Reeves was inspired casting as Duke Caboom. Jordan Peele and Keegan-Michael Key practically steal the show as Ducky and Bunny, a couple of new carnival toys. Tony Hale is great as Forky, and Christina Hendricks is terrific as always as the (semi) villain Gabby Gabby.

It was a fantastic emotional piece of work and almost brought me to tears a couple of times. The overarching themes are very complex, but through the magic of Pixar, they are camouflaged into the fabric of the film. Themes of loss, moving on, and self- identity are very much adult topics, but it’s hidden in a cute, little cartoon world.

With all this good stuff, what can go wrong? Well…

I like Bo Peep; I think she is a great character. And while I felt the emotional connection between her and Woody was real, I found myself not caring for it at all. These movies have always been about Woody and Buzz; it built on that foundation for three films. Here, that relationship is put to the side in favor of focusing on one that nobody was invested in. The rest of the gang is thrown into the background as well in favor of this story. And that is it. The movie has great ideas, perfect casting, breathtaking animation, but the actual story itself was a bit disappointing.

I’m not saying that it is a bad movie, it’s not. It’s an emotional, fun, nostalgia-filled time at the theater. It’s okay for what it is, but I was expecting more. Toy Story 3 had a sense of finality to it; it was the perfect ending to this story. I was hoping that maybe Pixar figured out an idea so epic, so timeless and so mind-blowing that it warranted another sequel, but instead we get this.

My final thoughts on Toy Story 4: It’s a movie, it exists, but the world would have been fine without it.