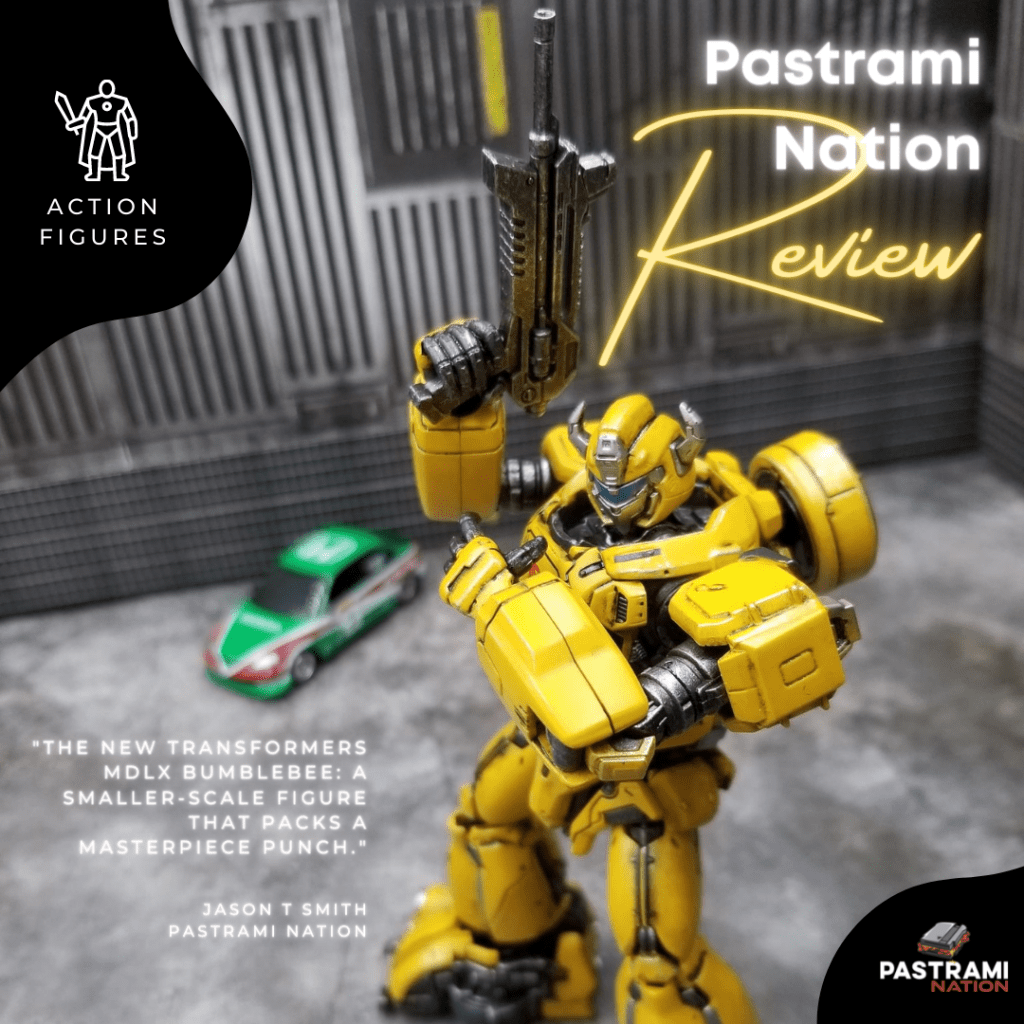 ThreeZero is known for their premium quality non-transforming Transformers figures, and their latest is their best one yet. That one being the new Transformers MDLX Bumblebee, a smaller-scale figure that packs a masterpiece punch!

Standing at almost 5 inches tall, this guy has the same caliber paint job you would find on the larger figures. He’s also got a nice weight to him thanks to the zinc alloy and diecast parts which, by the way, DON’T affect his possibility at all. In fact, the metal parts, I believe, help with posing as they balance him out. It’s not often you get a Transformer with heavy metal parts able to be posed standing on one leg! This Bumblebee has 36 points of articulation with some hidden joints for really nice poses. And did I mention accessories? Lots of them. Our G1 hero comes with his blaster as well as multiple sets of hands and an alternate face shield type head, a nice little nod to the G1 toy.

ThreeZero gave us a larger Bumblebee based on the Bumblebee movie, which was terrific, but I think this new MDLX version edges him out. I feel like the designer took what was good from that excellent movie design and channeled some G1 to give us a work of art while staying with the Volkswagen roots. I’m a big fan of the Dreamwave Transformers comic run, and this guy gave me some War Within vibes. This figure is an absolute MUST for any Transformers fan, and hopefully, it blows you away as much as it did me. I know they have an MDLX Optimus Prime coming in the fall, which you can still pre-order, but I hope to see more G1 bots soon!