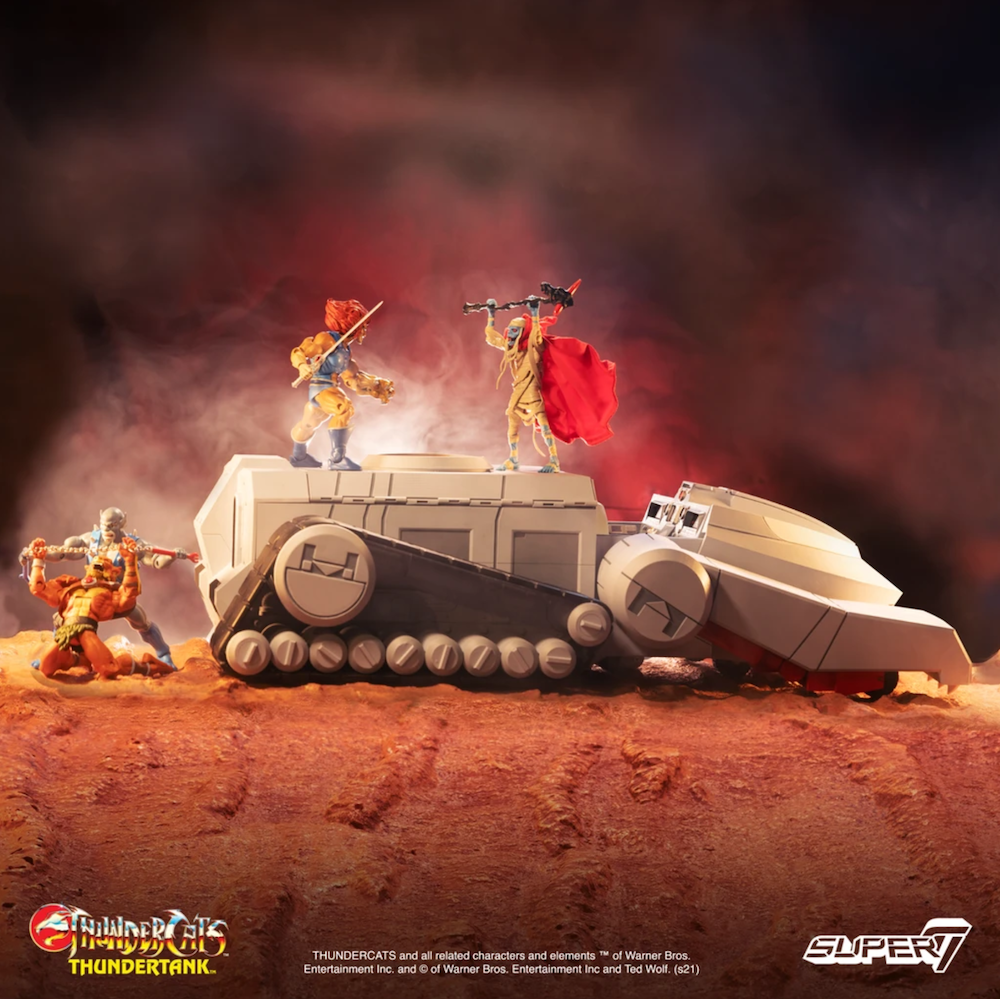 ThunderCats, HOOOOO! What if there was a bigger and better vision of the ThunderTank you wanted as a kid? Panthro was in need of a little extra work, so we had him come over to Super7 and help us build the ThunderTank of our dreams! The ULTIMATES! ThunderTank features cartoon accurate deco, opening cargo bay doors, a mechanical jaw, glow-in-the-dark eyes, rolling wheels, and more!

For all the details visit the Super7 Pre-Order Store!