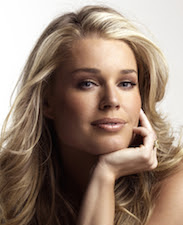 TNT is returning to the world of its hit movie franchise The Librarian with a brand new series from Electric Entertainment and executive producers Dean Devlin, John Rogers and Marc Roskin. Rebecca Romijn (X-Men, TNT’s King & Maxwell) is set to lead the cast of the new series, which is entitled The Librarians. Noah Wyle (Falling Skies, ER) will executive-produce and play a recurring role in the series, reprising his role as Flynn Carsen from TNT’s movie trilogy. Christian Kane (TNT’s Leverage, Angel), Lindy Booth (Dawn of the Dead, The Philanthropist) and John Kim (Neighbors, The Pacific) are set to round out the cast as the newest protectors of the world’s mystical treasures, with Emmy® winner John Larroquette (Night Court, Deception) slated to play their reluctant caretaker. Also appearing from the movie trilogy will be Emmy winners Bob Newhart (The Big Bang Theory, The Bob Newhart Show) and Jane Curtin (Kate & Allie, 3rd Rock from the Sun). And Matt Frewer (Max Headroom, TNT’s Falling Skies) is set to play a recurring role. TNT has ordered 10 episodes of The Librarians, with plans to launch the series in late 2014.

“The Librarian movies have been a huge success for TNT, and we jumped at the opportunity to build a series around the incredible world Dean Devlin and his creative partners created,” said Michael Wright, president, head of programming for TNT, TBS and Turner Classic Movies (TCM). “We’re especially excited to have such an extraordinary cast behind The Librarians, and we’re grateful to have them on board as part of TNT’s continued expansion into the action-adventure genre.”

The Librarians centers on an ancient organization hidden beneath the Metropolitan Public Library dedicated to protecting an unknowing world from the secret, magical reality hidden all around. This group solves impossible mysteries, fights supernatural threats and recovers powerful artifacts from around the world. Among the artifacts housed in the Library are the Ark of the Covenant, the Spear of Destiny, the Judas Chalice and Excalibur, to name a few. Only a person with special skills could be responsible for collecting and protecting these artifacts, and more importantly, for preventing them from falling into the wrong hands.

For the past 10 years, Flynn Carsen (Wyle) has served as the Librarian. Prior to taking the job, he was a bookish nerd with 22 academic degrees and absolutely no social skills. As Librarian, however, he managed to use his extraordinary knowledge, successfully recovering ancient artifacts and, in the process, saving the world from unspeakable evil on more than one occasion. Over the last decade he’s gone from bookworm to dashing swashbuckler, one of the secret heroes of the hidden world.

As great as Flynn is, the job of Librarian has become more than one person can handle. To aid him in his duties, the Library has recruited four people from around the world, including Eve Baird (Romijn), a highly skilled counter-terrorism agent who is responsible for protecting the group and keeping them all alive; Jake Stone (Kane), an Oklahoma oil worker with an IQ of 190 and an encyclopedic knowledge of art history; Cassandra (Booth), a quirky young woman with the special gift of auditory and sensory hallucinations linked to memory retrieval, known as synesthesia; and Ezekiel Jones (Kim), a master of new technologies and aficionado of old classic crimes who enjoys playing the role of international man of mystery.

Overseeing the new team of Librarians is the somewhat cantankerous Jenkins (Larroquette), an expert in ancient lore who has been working out of the Library’s branch office for longer than anyone knows. Together, they must tangle with many adversaries, chief of whom is the Serpent Brotherhood, an ancient cult led by the mysterious immortal Dulaque (Frewer).

The Librarians marks TNT’s latest venture with Electric Entertainment and Dean Devlin, who also executive-produced the hit series Leverage, which ran for five seasons. The Librarian franchise of movies began in 2004 with The Librarian: Quest for the Spear, which ranked as basic cable’s #1 movie of the year. The second installment, The Librarian: Return to King Solomon’s Mines, premiered in 2006 as cable’s #1 original movie sequel of all time and placed among the top five movie telecasts of the year. And in 2008, TNT premiered The Librarian: Curse of the Judas Chalice to more than 5.7 million viewers.

Electric Entertainment is a full service film, television, and new media production company and studio headed by veteran producer Dean Devlin along with Marc Roskin and Rachel Olschan. Along with Bryan Singer’s Bad Hat Harry production company, Electric produced SyFy Channel’s The Triangle, which won an Emmy® for its Visual Effects, and was the highest-rated miniseries on the cable channel since Steven Spielberg Presents TAKEN (2002). Electric’s recent film projects include MGM’s Flyboys and Sony Picture Classics’ politically-charged documentary Who Killed the Electric Car?, which was nominated by the Broadcast Film Critics Association for Best Documentary Feature.

Electric launched Electric Visual Effects (EFX), its in-house effects arm, allowing the filmmakers they work with to stretch their dollars way beyond traditional effects budget boundaries. The EFX crew has been assembled from industry veterans Devlin had previously collaborated with on his global box-office hits, including Independence Day, Godzilla, The Patriot and Eight Legged Freaks. EFX is headed by veteran visual effects producer Mark Franco, whose career spans over 25 years and includes productions such as Titanic, Batman & Robin, Armageddon and How the Grinch Stole Christmas.

Electric recently launched its international theatrical film and television sales and acquisitions division, which is headed by Sonia Mehandjiyska. Current titles include John Slattery’s God’s Pocket and the Terrence Malick-produced The Better Angels.

Devlin is currently in pre-production on his feature directorial debut, Geostorm, which he is producing with Skydance Pictures’ David Ellison and Dana Goldberg and his Electric Entertainment team of Marc Roskin and Rachel Olschan.

TNT is television’s destination for drama. Seen in 101 million households and ranking among cable’s top networks, TNT is home to such original drama series as Rizzoli & Isles, Major Crimes, Falling Skies, Perception, Dallas and Franklin & Bash. TNT’s upcoming slate of scripted dramas includes the original series Legends, The Last Ship, Murder in the First and The Librarians,as well as Transporter The Series, which will makeits U.S. television debut on the network this fall. TNT also features dramatic unscripted originals like Cold Justice, Boston’s Finest, Marshal Law: Texas, APB with Troy Dunn, Private Lives of Nashville Wives, Save Our Business and Inside Job, as well as the upcoming On the Menu, Wake Up Call and Life Flight. Inaddition, TNT is the cable home to popular dramas like Hawaii Five-0, Castle, The Mentalist, Bones and Supernatural; primetime specials, such as the Screen Actors Guild Awards®; blockbustermovies; and championship sports coverage, including NASCAR, the NBA and the NCAA Division I Men’s Basketball Championship.

TNT is part of Turner Broadcasting System, Inc., a Time Warner company. TurnerBroadcasting creates and programs branded news; entertainment; animation and young adult; and sports media environments on television and other platforms for consumers around the world.