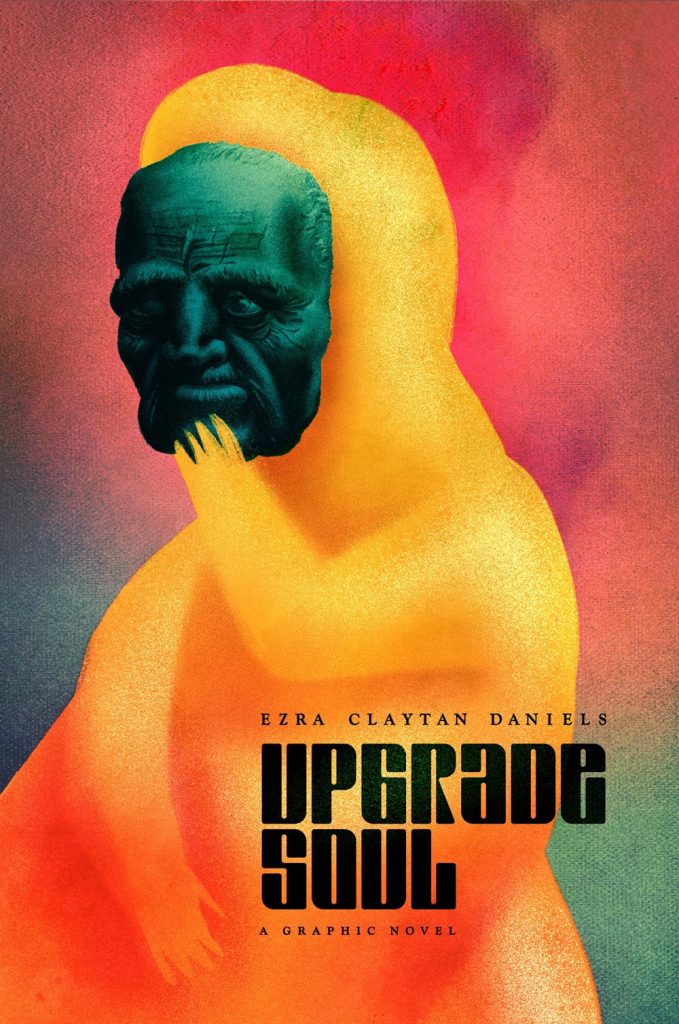 Upgrade Soul, one of the most talked about graphic novels of 2018, was named as one of The Library Journal’s Best of 2018 this week, following the book’s appearance on Publishers Weekly’s Best Books of 2018 in October. Additionally, the book was recently selected as one of the year’s best graphic novels by online retail giant, Amazon. Upgrade Soul had previously won the 2017 Dwayne McDuffie Award for Diversity in Comics with an un-proofed PDF.

The book was immediately picked up and announced for publication this September to universal acclaim, including starred reviews and multiple recommendations from influential critics and publications alike.

Writer/illustrator Ezra Claytan Daniels toiled nights and weekends on the book for fifteen years while pursuing a career as a trial graphics consultant on high-stakes court cases, including working with the US Department of Justice to put corrupt Illinois Governor Rod Blagojevich in prison.

“I worked with expert witnesses from all kinds of fields, from political science to biology to mass spectrometry” says Ezra Claytan Daniels. “My job was to distill their expertise into graphics and illustrations that a layperson could understand at a glance from 15 feet across the room.”

That ability to make complex concepts accessible is a defining characteristic of Upgrade Soul, a book that bounces seamlessly between hard science fiction and heady philosophy, without ever losing sight of the emotionally devastating love story at its core.

“Working in a complete bubble for as long as I did with Upgrade Soul, I would often lean on fantasy for motivation. I’m not ashamed to admit I mocked up fake ‘Best of the Year’ ads and wrote fake press quotes and posted them around my workspace” says Daniels. “Of course, part of the fantasy was that these things would actually come true, but the pessimist in me would never let me REALLY believe that. There is nothing more satisfying after 15 years with a project than replacing those fake nods with real ones.”

“…(A) deeply horrifying and surprisingly thoughtful exploration of identity, aging, and love.”–Library Journal

“Originally serialized on an iPhone app with an original musical score, this innovative and plot-twisting sci-fi love story maintains that experimental spirit on the printed page with stunning color and cunning character design. When Hank and Molly agree to be the first subjects in a youth-regeneration cloning scheme, the disturbing outcome raises big philosophical questions about the meaning of identity.”–Publishers Weekly