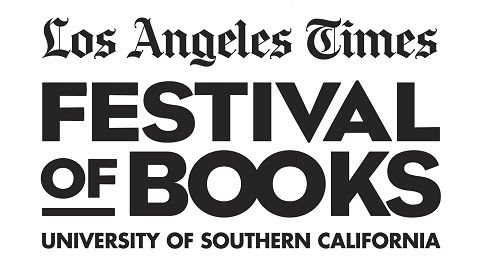 Valiant Brings X-O Manowar to the L.A. Times Festival of Books with Comics and Trade Paperbacks

Valiant poised to make a splash the L.A. Times Festival of Books

By Staff Reports
From Saturday, April 22nd through Sunday, April 23rd, Valiant is bringing its cross-country convention road show to Los Angeles, California for the L.A. Times Festival of Books – and we’re unleashing an unstoppable line-up of comics and trade paperbacks to celebrate!


All weekend long, join Valiant at the University of Southern California campus at booth #836 to find out why Valiant is the hottest publisher in comics today with a selection of trade paperbacks for critically acclaimed and award-winning titles including BLOODSHOT REBORN, BRITANNIA, DIVINITY, FAITH, HARBINGER RENEGADE, NINJAK, QUANTUM & WOODY and many more!

Born under the oppressive thumb of the Roman Empire, Aric of Dacia learned warfare at an early age. It was amid such violence that he was abducted by an alien race. Forced into slavery, he survived where others perished. His escape would come from bonding with a weapon of immeasurable power: the X-O Manowar armor. With it, he returned to Earth…only to find himself stranded in the modern day.

But that was a lifetime ago.

Now, far from home on a strange and primitive new world, Aric has begun a new life. Liberated from his past, he tends to his crops. Free from war. Free from violence. Free from the armor.

But the machinery of death marches his way once again. Conscripted into an alien army and thrown into an unforgiving conflict, the fury inside him finds voice as he is forced to embrace the armor once more. With it, he will decimate armies, topple empires and incite interplanetary warfare as he rises from SOLDIER to GENERAL to EMPEROR to VISIGOTH. They wanted a weapon. He will give them war!

X-O MANOWAR is officially one of 2017’s most acclaimed new series… Now, at the L.A. Times Festival of Books, find out for yourself why fans and critics worldwide are praising Valiant’s unstoppable sci-fi epic:

“✮✮✮✮✮… One stunning page after another… Valiant has found a new epic in the making.” – Comic Crusaders

“Brutal, bloody and brilliant… Kindt is at the top of his game here, and Giorello’s art is absolutely gorgeous…” – Bleeding Cool

“✮✮✮✮✮… Easily accessible for anyone curious on trying out Valiant’s flagship book… Kindt and Giorello have created one of the best debut issues in possibly the last decade.” – Pastrami Nation

“✮✮✮✮✮… Refreshing and amazing… This book is gorgeous from beginning to end.” – Comic Bastards

“Brutal… A great first issue, especially for a reader new to the Valiant world…” – Geek.com

“✮✮✮✮✮… One of Valiant’s breakaway hits of the year.” – All-Comic

We’ll see you in Los Angeles! And don’t miss a moment of the excitement as Valiant’s one-of-a-kind convention road show marches on through Chicago, Kansas City, Houston, and more throughout the spring!