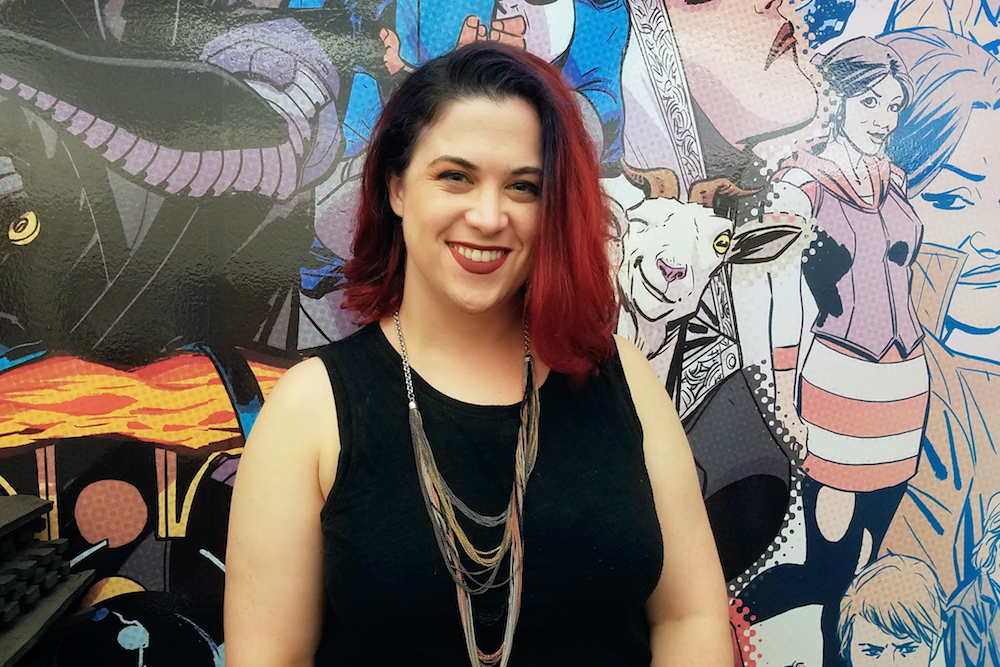 Valiant Entertainment is proud to announce that it has named Emily Hecht to the position of Sales & Social Media Manager. In her role in Sales, Hecht will continue to manage relationships with comic book retailers, a position she previously held in a freelance capacity. As Social Media Manager, Hecht will create content and engage with fans, retailers, and press through Valiant’s various social media platforms, including Twitter, Facebook, and Instagram.

“I am very pleased to welcome Emily on board in a full-time capacity,” said Matthew Klein, Director of Sales. “She has been one of the strongest additions to the Sales team and has forged many great relationships with retailers.”

“Emily showed a tremendous aptitude for managing social media in some of her previous positions, so I was excited to offer her oversight of Valiant’s platforms,” added Mel Caylo, Director of Marketing. “Plus, much of what she does in her role in Sales overlaps into social media, so it’s perfect synergy.”

Hecht began her work in comics as the Operations Manager for Carmine Street Comics in New York City, and later as a table assistant for several prominent artists at comic conventions. A Harvard graduate, former actor, and experienced social media and marketing manager, she quickly found a home with Valiant as a freelance Sales Manager, developing strong working relationships with stores and spearheading the Valiant Retailer Facebook Group.

“While on a national tour with a theater company, I began visiting local comic book stores as a way to explore each new city, and I instantly fell in love with the sense of community I found in every shop,” said Hecht. “Less than four years later, comics are my career, and I could not be more thrilled to become a part of the Valiant family. I am so excited to share our universe with brand-new readers, geek out with longtime fans, and visit as many comic book stores as possible!”

Valiant Entertainment, a subsidiary of DMG Entertainment, is a leading character-based entertainment company that owns and controls the largest independent superhero universe in comics. With more than 80 million issues sold and a library of over 2,000 characters, including X-O Manowar, Bloodshot, Harbinger, Shadowman, Archer & Armstrong, and many more, Valiant is one of the most successful publishers in the history of the comic book medium. Valiant consistently produces some of the most critically acclaimed comics in the industry and has received numerous industry awards and accolades, including a Diamond Gem Award for Comic Book Publisher of the Year.  For more information, visit Valiant on Facebook, Twitter, Tumblr, Instagram, and ValiantEntertainment.com. For Valiant merchandise and more, visit ValiantStore.com.