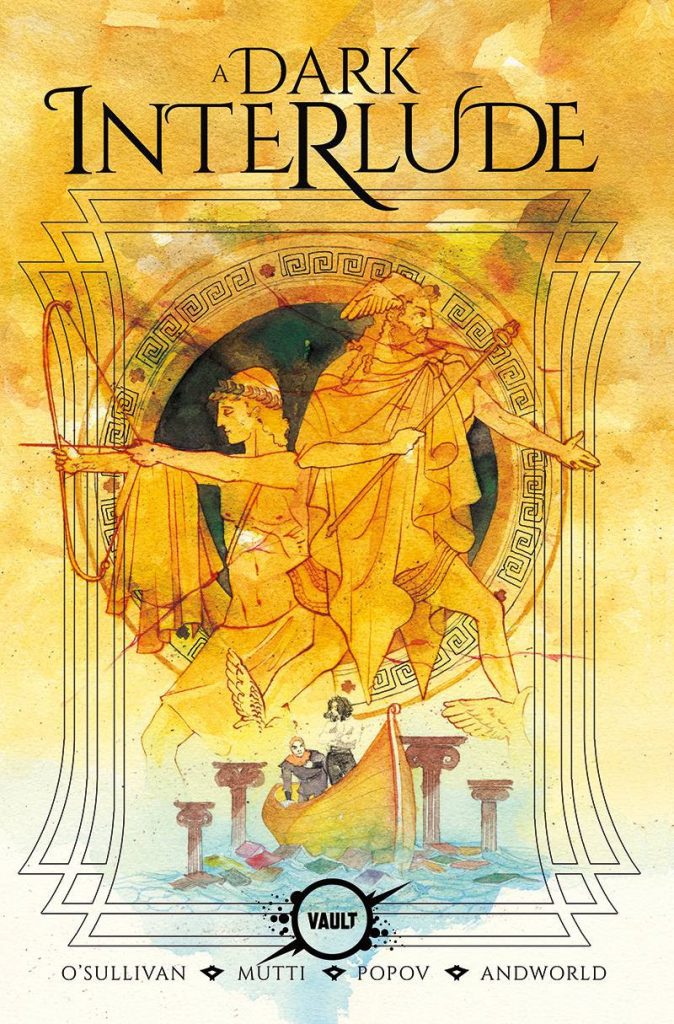 Vault is thrilled to announce the long-awaited return of A DARK INTERLUDE with new series artist, Piotr Kowalski. Beginning with Issue #3, which hits shelves in January 2022, A DARK INTERLUDE will return to its monthly release schedule.

“Usually when doing anything PR-related I’ll just LARP as the book’s protagonist, Henry Henry.(For example, the diamond solicits for A Dark Interlude #1-5 tell their own little story of Henry Henry spewing invective at Vault Comics’ PR guy for forcing him to write the solicits.) However, this time I’ve elected to break kayfabe,” said series co-creator Ryan O’Sullivan.

“Piotr Kowalski is an incredible artist, and I’m extremely excited to have him join Vlad, Deron, Vault, and myself on the last three issues of A Dark Interlude. Seeing the Fearscape and its cast of characters through the eyes of Piotr’s incredibly detailed pen has been breathtaking. Readers of the series are going to be blown away. 100% worth the wait.

“Admittedly, I usually hate it when art changes mid-way through a book, but given the metafictional nature of A Dark Interlude, we’ve gone ahead and made it part of the story. This was all part of my master plan, you see. The big delay between Issues 2 and 3? Why, I suppose you could say it was a…Dark Interlude. An obviously intentional piece of comic-distribution-as-performance-art that allowed us to comment on the–” [Editor’s note: the delay was due to covid lock down complications and had nothing to do with Ryan’s “creative vision”. Do not trust the creator of Henry Henry when he says he has “broken kayfabe”. He is pathologically incapable of doing so. Please buy this book so we can finally be rid of him for good.]

A DARK INTERLUDE, the not-quite-a-sequel to FEARSCAPE, is written by Ryan O’Sullivan, drawn by Piotr Kowalski, colored by Vladimir Popov, lettered by Andworld Design, and designed by Tim Daniel.

A DARK INTERLUDE #3 hits store shelves on January 26, 2022, with a stunning A cover by Ariela Kristantina and a gorgeous B cover variant by Rebekah Isaacs. The full synopsis can be found below:

What sort of gibbering reprobate requires solicit information for the third chapter of a story? Why must I continue to write these? And don’t you dare respond citing “contractual obligations”. If we’re going to go down that route, then may I remind you that if it wasn’t for me, nobody would have heard of… [Message truncated once again, with apologies, at the request of Vault Comics].