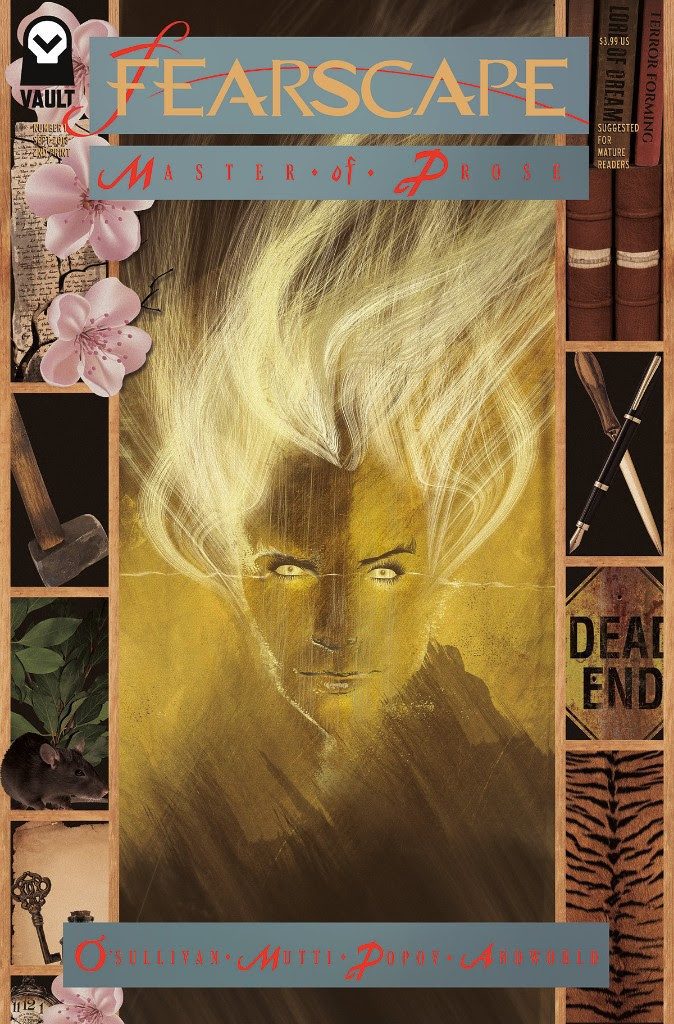 Vault Comics announced that FEARSCAPE #1 has sold out at the distributor. It will be rushed to a second printing that will feature a brand new Vault Vintage cover by artist and designer Tim Daniel.

VAULT VINTAGE is a line of alternate covers that celebrate the artistic achievements of both modern and legendary professionals of the comic book industry. For FEARSCAPE #1’s second printing, Tim Daniel honors the work of Neil Gaiman and Dave McKean by paying tribute to their iconic cover to DC Comics’ THE SANDMAN #1.

“Wow. F*ck you guys. Ryan O’Sullivan and Andrea Mutti, I know you see me, and yet I will stand over your graves. FEARSCAPE is an evil and really very good comic. It is so comedically archly self-aware, its tongue is so far in its cheek it’s practically licking its own eyeball from the inside. I really enjoyed it.”
-Warren Ellis (Transmetropolitan, Planetary, Injection)

SYNOPSIS: The Fearscape is a world beyond our own, populated by manifestations of our worst fears. Once per generation, The Muse travels to Earth, discovers our greatest Storyteller, and takes them with her to the Fearscape to battles these fear-creatures on our behalf. All has been well for eons, until The Muse encounters Henry Henry, a plagiarist with delusions of literary grandeur. Mistaking him for our greatest Storyteller, she ushers him into the Fearscape. Doom follows.