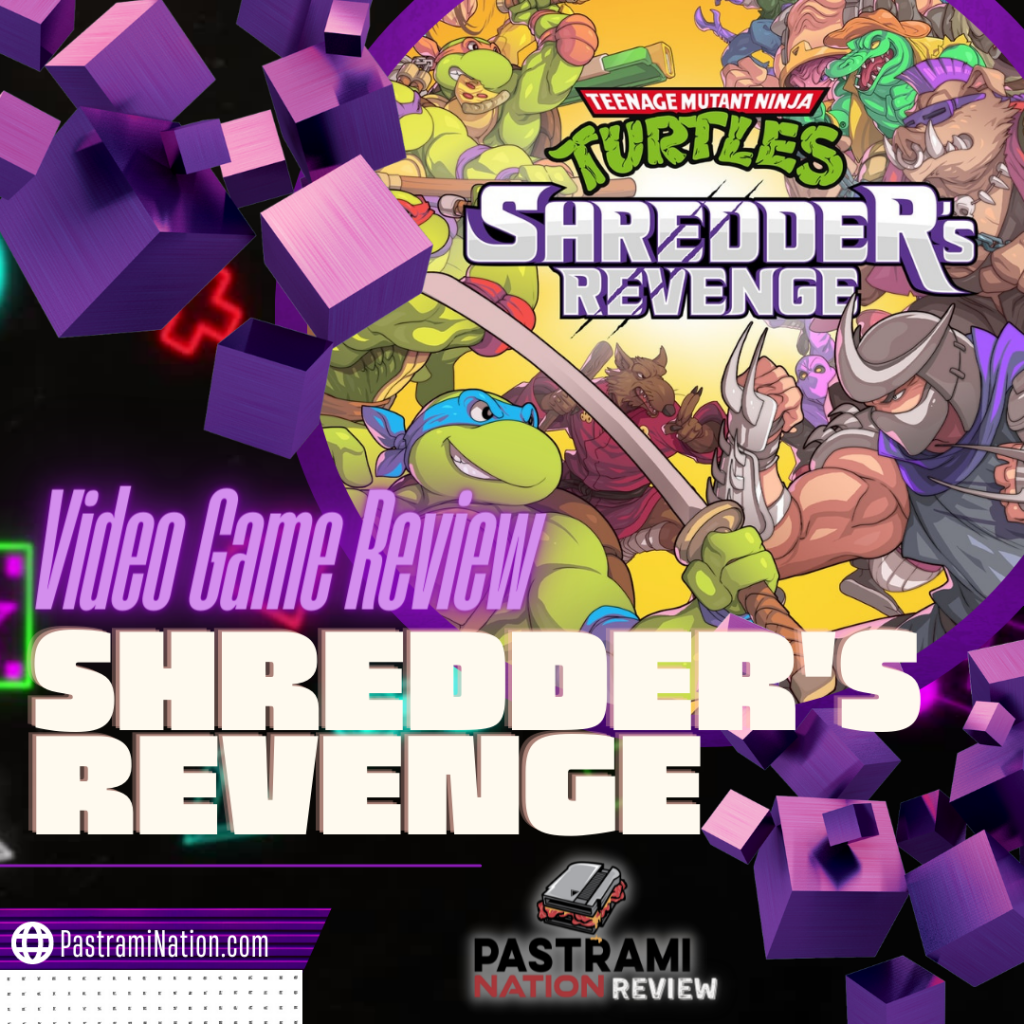 One of the most storied, classic arcade games has to be Teenage Mutant Ninja Turtles. The four-player beat’em up romp through side-scrolling mayhem helped establish just how successful a non-fighting game could be. It was one of my go-to games, and I loved every minute. So when Shredder’s Revenge was announced, I hoped for the best, along with every other TMNT arcade fanatic. Well, I can say that this game not only meets but smashes and destroys my expectations as one of the best games to be released in 2022.

Dotemu, known for their amazing Streets of Rage franchise, have taken charge of this monumental task of making a game that retains the spirit of the original game while improving on gameplay and graphics along the way. This is one drop-dead gorgeous game- it feels like a cartoon episode that you can play and interact with. This game is a work of art with vibrant artwork, spot-on characters, and stage designs. Dotemu has captured the TMNT vibe with every pixel and color choice.

Gameplay is what you would expect and hope for- simple beat’em up controls that are easy to learn but can take some time to master. I love that anyone can jump into this game and instantly make progress with the simple controls and button layout. You still go side-scrolling here until you reach a boss, then chaos breaks loose. I jumped in and had a blast playing this game before I even thought about looking up the controller schematics.

Teenage Mutant Ninja Turtles Shredder’s Revenge is one for the ages. Literally the spiritual successor to the classic arcade game, this is a rare moment in gaming. To capture the essence of it all so well, Dotemu has brought back a gaming franchise by respecting what came before and being bold enough to create something fresh and new. An absolute masterpiece.