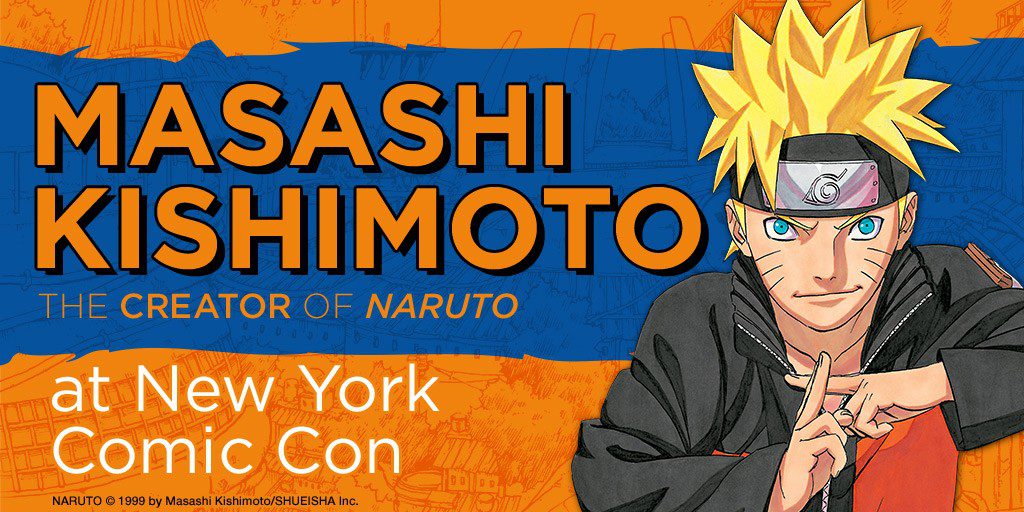 VIZ Media, LLC (VIZ Media), the largest publisher, distributor and licensor of manga and anime in North America, has announced the final stage of its Hokage for a Day Promotion to celebrate NARUTO and the upcoming first-ever U.S. appearance by the manga series creator Masashi Kishimoto at the 2015 New York Comic Con (NYCC) in October.

Over the past 6 weeks, fans have submitted more than 800 entries to the contest, which encouraged hopeful winners to create a one-minute YouTube video describing what NARUTO means to them. The Hokage for a Day Grand Prize winner and a guest will have the opportunity to meet NARUTO creator Masashi Kishimoto on October 10th during NYCC, and participate in several of Kishimoto’s events during the show. The Grand Prize package also includes airline tickets and hotel accommodations, as well as transportation and a pair of NYCC show passes, courtesy of VIZ Media. The contest winner will be announced by VIZ Media around September 8th.

VIZ Media and ReedPOP, in partnership with The Japan Foundation, will welcome Kishimoto for a very special series of personal appearances at the massive pop culture convention that will take place October 8th-11th at the Javits Convention Center in Manhattan. Full details on the show are available at: www.newyorkcomiccon.com.

Fans are invited to screen the following videos and by Sunday September 6th, vote for their own favorites at: viz.com/naruto?tab=hokageforaday.

The Inspiring, Top 10 NARUTO Hokage for a Day Video Selections:

Amanda showcases her NARUTO collection (amassed over ten years) and her handmade cosplay and artwork!

NARUTO became the muse for Brittney to start her own life coaching business, which uses a fun anime/manga approach to deal with depression, anxiety and low self-esteem.

Cassidy not only has S-rank NARUTO collection, she was inspired to introduce NARUTO and cosplay to her family/friends!

Christina has been a fan since the manga debut, and is inspired by and cosplays as Sakura.

Custat  animates herself for her video entry, and dreams of becoming a manga-ka!

Dinah is an ardent fan who cosplays as Guy (“Maito Gai”) and also works to improve her community.

Randi and her twin sister cosplayed as Naruto and Sasuke for over 10 years.

Steven and his friends create a NARUTO fan film!

NARUTO got Thomas through 2 bouts of leukemia, and it became a source of strength to persevere through trying times.

The tenets of friendship and teamwork in NARUTO inspired Victor to strive to be a Hokage in his own community, and he volunteers for March of Dimes and Baton Rouge Sickle Cell Anemia Foundation!

The final volume of the NARUTO manga series (rated ‘T’ for Teens) will be published by VIZ Media in print and also digitally in October and brings the long-running ninja action adventure to its thrilling conclusion. The first NARITO spin-off movie, BORUTO: NARUTO THE MOVIE, which launches a new storyline and characters focusing on the son of Naruto, will launch in the Fall.