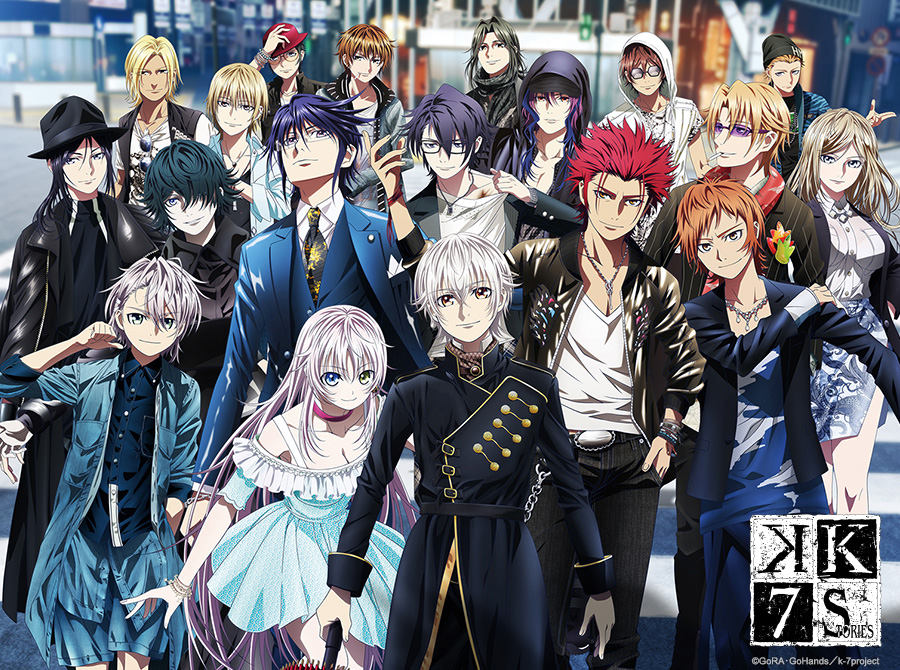 VIZ Media, LLC (VIZ Media), a premier company in the fields of publishing, animation distribution, and global entertainment licensing, expands its catalog for the K anime franchise with the acquisition of K: SEVEN STORIES.

The agreement forged with Japan-based King Records covers the digital streaming, EST, home video and merchandising rights to K: SEVEN STORIES. Based on the hit anime property from Studio GoHands and GoRA Project, K: SEVEN STORIES is a collection of six original animated stories and spinoff shorts featuring both new and returning characters from the visually stunning k-project universe. More details on the home media release for K: SEVEN STORIES is forthcoming.

The original K anime series followed the story of Yashiro “Shiro” Isana, a teen wanted for a crime he has no recollection of committing. He finds himself being hunted by the group HOMRA, led by Mikoto Suoh, the Red King. With help from a young man named Kuroh Yatogami and a mysterious girl who only refers to herself as Neko, Shiro tries to prove his innocence, only to discover a shocking truth that would change his life forever. The series later spawned a feature-length movie K: MISSING KINGS, followed by a second season, K: RETURN OF KINGS.

VIZ Media holds the North American digital streaming, EST, home video and merchandising rights to Seasons 1 and 2 of the K anime series as well as the K: MISSING KINGS feature film. These home media releases are available now in DVD and Blu-ray formats.