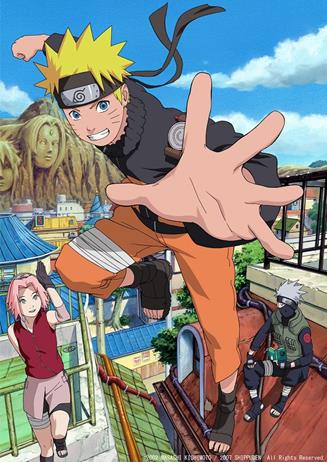 VIZ Media, LLC (VIZ Media), the largest publisher, distributor and licensor of manga and anime in North America, has announced the launch of the official NARUTO online store for the U.S. and Canada in partnership with digital marketing and eCommerce solutions provider, GENERATOR, a division of Sony DADC.

The NARUTO online store at shop.naruto.com is a comprehensive one-stop-shop for an extensive and unique collection of official NARUTO merchandise including anime and manga products, apparel, games and other licensed products and collectibles inspired by the massively popular ninja action property. VIZ Media is the global master licensor for NARUTO and NARUTO SHIPPUDEN.

New NARUTO merchandise and other collectibles will be added regularly! Visit the site often for new products.

“The launch of the NARUTO online store powered by GENERATOR offers fans a fun new destination to shop for a comprehensive selection of official products,” says Kensuke Mase, VIZ Media’s Director of Consumer Products. “GENERATOR is a leader in developing cutting edge ecommerce platforms and we invite everyone to visit shop.naruto.com to explore all of the unique items that are available for purchase!”

“We are very excited to partner with VIZ Media to unveil the official web store for NARUTO,” says Dan Pelson, CEO, relentlessGENERATOR. “This dynamic property is adored by millions of ardent fans and they now have a secure and easy to navigate online platform stocked with scores of exciting licensed products. We look forward to NARUTO fans expanding their personal collections or finding that perfect gift for a friend or loved one for the upcoming holiday season.”

Created by Masashi Kishimoto, NARUTO was debuted in Weekly Shonen Jump magazine in Japan in 1999 and quickly became that country’s most popular ninja manga properties. The manga series (rated ‘T’ for Teens) and animated counterpart (NARUTO and NARUTO SHIPPUDEN rated ‘TV-14’) are some of VIZ Media’s most successful titles and have captivated millions of fans across North America, Europe and South America.

In the NARUTO manga and animated series, Naruto Uzumaki wants to be the best ninja in the land. He’s done well so far, but Naruto knows he must train harder than ever and leaves his village for intense training that will push him to his limits. NARUTO SHIPPUDEN begins two and a half years later, when Naruto returns to find that everyone has been promoted up the ninja ranks – except him. Sakura’s a medic ninja, Gaara’s advanced to Kazekage, and Kakashi… well he remains the same. But pride isn’t necessarily becoming of a ninja, especially when Naruto realizes that Sasuke never returned from his search for Orochimaru. Plus, the mysterious Akatsuki organization is still an ever-present danger. As Naruto finds out more about the Akatsuki’s goals, he realizes that nothing in his universe is as it seems. Naruto is finding that he’s older, but will he also prove wiser and stronger?

VIZ Media publishes the bestselling NARUTO manga series in print and digitally and also distributes the NARUTO and NARUTO SHIPPUDEN anime series and feature films. Additional information on NARUTO is available at www.Naruto.com.

Sony DADC’s relentlessGENERATOR provides direct-to-consumer marketing and commerce solutions to the entertainment industry, leveraging advanced platforms, proven processes, and skilled people to create profitable solutions for clients. Many of the biggest names in media rely on relentlessGENERATOR to build and maintain their online presences and successfully engage, activate, and sell directly to fans. relentlessGENERATOR provides these services on a global basis as an enterprise-wide solution for media brands that are embracing new, digital business models driven by rapidly changing consumer habits.  For additional information, go to: http://www.rgenerator.com