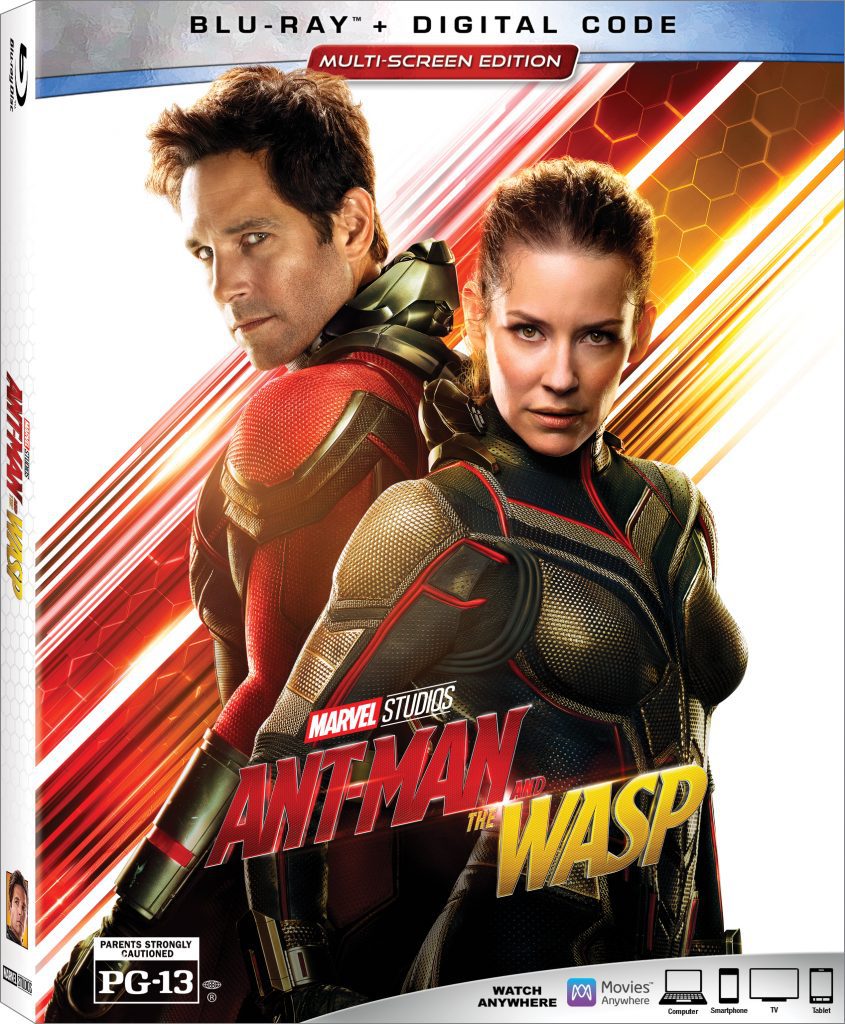 Want to Win Ant Man and the Wasp on Blu Ray? Here’s Your Chance!

I am excited to announce an awesome contest, made possible by the awesome folks at Walt Disney Studios! One of the biggest films this year featuring the smallest heroes is hitting Blu-Ray Oct 16th (and digital Oct 2nd!), as Ant-Man and the Wasp comes home! Well, we are giving away one Blu Ray copy, provided by Walt Disney Studios! How do you enter? Keep reading!

The summer show-stealer did the unthinkable by topping the first film in every way. On the Blu-Ray,  featurettes spotlight Paul Rudd, who returns as good-hearted thief turned hero, Scott Lang, and delivers big laughs both on set and in theaters; Evangeline Lilly, who transforms into The Wasp, the first female character to be featured in the title treatment of a Marvel Studios film; and iconic actors Michael Douglas and Michelle Pfeiffer as super couple Hank and Janet Van Dyne.  Viewers can explore more about the visual development artists and effects used to bring the characters to life and drastically alter the size of the Super Heroes and their surroundings. Additional extras include deleted scenes, bloopers, outtakes, and audio commentary by “Ant-Man” franchise director Peyton Reed.

How do you enter? Simple! Leave a comment with what your favorite part of Ant-Man and the Wasp is RIGHT HERE on this page!!! That’s it!

The contest ends October 7th! No purchase necessary, leave a comment on this page to be eligible! Open to US residents only. The prize will be fulfilled on behalf of Walt Disney Studios.

Make sure to check out Ant-Man and the Wasp when it hits digital Oct 2 and be sure to pick up a physical copy on Oct 16th!

15 thoughts on “Want to Win Ant Man and the Wasp on Blu Ray? Here’s Your Chance!”