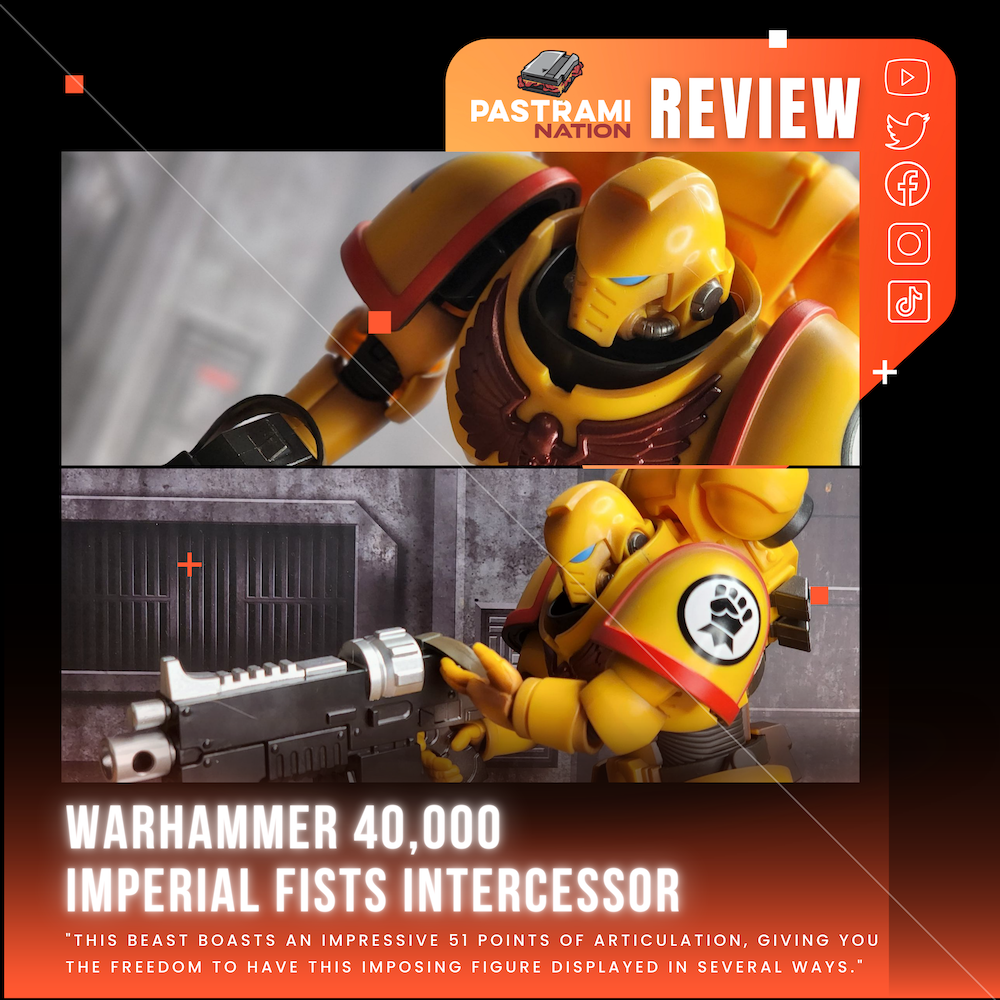 Warhammer 40,000 has some of the most fantastic character designs I have ever seen. Thanks to Bandai Collectibles, I checked out one of their Premium Bandai Warhammer figures, the Imperial Fists Intercessor.

One of the first thing I notice about this figure is the weight- it’s light, but in a way that allows for way more posing scenarios. The figure boasts a fantastic sculpt, bringing the Warhammer armor to life as a 7-inch figure. This beast boasts an impressive 51 points of articulation, giving you the freedom to have this imposing figure displayed in several ways. The way the shoulder pauldrons retract allows for fantastic posability.

This figure comes with a backpack attachment, a massive bolt rifle, a killer knife, and two extra pairs of hands for accessories. The weapons fit into the hands pretty easily- no fear of breaking as some toy lines are. I could swap out hands with ease and equip the weapons with little to no effort. The bolt rifle is impressive and looks terrific in the hands of this Intercessor.

I have had the opportunity to fiddle with this figure for quite some time, and it is extremely impressive. The build is excellent and bulky, yet not weighed down as you might imagine. I love the modular armor, as parts can snap on and off with ease. I got quite a bit of range of motion on all joints, with no stiff joints to be found. This figure scales amazingly with 6-7 inch figures and is a welcome addition to the Warhammer 40K collectibles on the market. Premium Bandai did a spectacular job on this figure, and I look forward to what they bring next in the line.