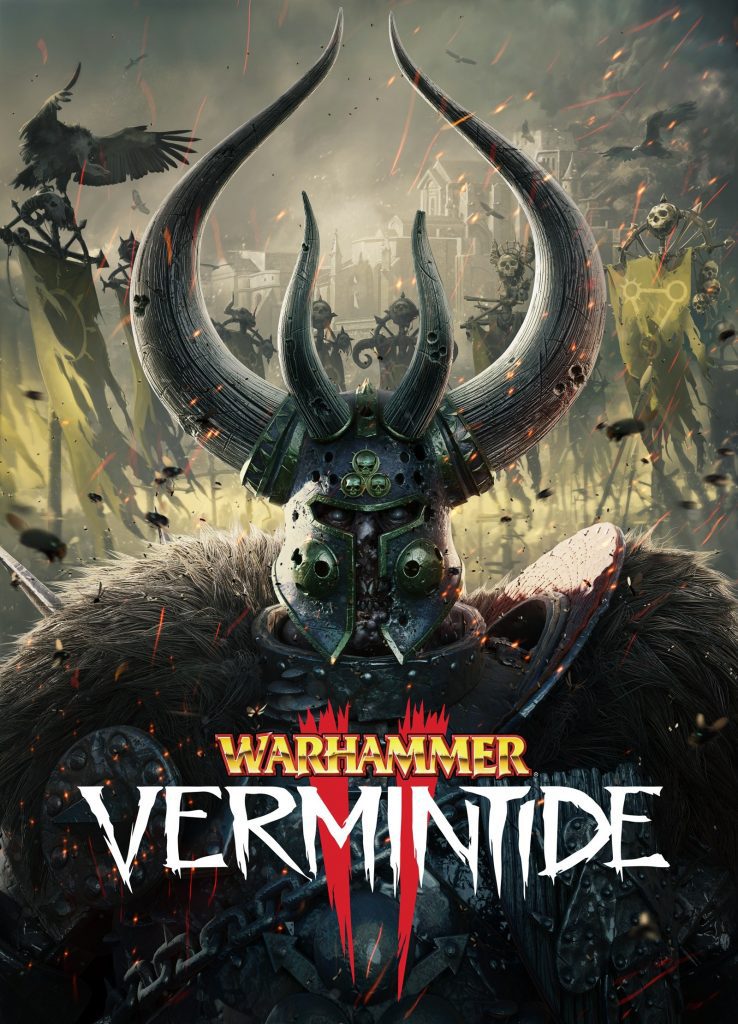 Sometimes, when picking up a sequel, finding it’s just a little more of the same old thing isn’t always a bad thing. This couldn’t be more true with the newest addition in everyone’s favorite rat splattering escapade. The team is back, and with more witty banter than you can shake a pyromancer’s flame staff at! For those of you not familiar with this fantastic series, it’s set in apocalyptic End times within the Warhammer Fantasy Battles world, and things are pretty grim.

Thankfully not everything is the same. A glaring issue with the first game was the loot system. Players would go entire missions and come out feeling like they wasted their time mindlessly slaughtering rat upon rat. In Vermintide 2 they adopted a Destiny-style approach where you are the sum of your parts, or more the average. Each piece has a power score, and the character takes on the average of these items as their Hero Score. While it’s not winning any awards in innovation, it’s leaps ahead of Vermintide 1, and motivates the players to keep coming back for more. This time around you’re thrown massive amounts of gear, and it’s up to you to manage it all. The crafting system is the same, keep what you like, and scrap the rest for parts to craft or upgrade gear. With a more user-friendly menu, everything you need is right at your fingertips! No more running from station to station to get the job done, which is great because the new lobby zone is MASSIVE!

The core of this game is very much the same as before, thankfully, as even with its predecessor the gameplay was spot-on. If you’ve played Left for Dead, you’re already familiar with the craziness that can ensue. Vermintide is a first person, hack and slash that is best played with friends. Out of all the co-op games I’ve played there really is something special about this game. As you run through a gauntlet of beautiful visuals and insane amounts of enemies, you’ll sometimes find yourself up against some truly horrific and beastly special enemies. Some massive, bullet sponges, others sneaky assassins. Every time you jump in it’s a new experience, levels are never the same twice, and thanks to the new Heroic Deeds system, you can add a new variety of variables to missions. Special grimoire, or tome items, will add an even deeper level of difficulty by lowering the party’s max health, or taking up a valuable item slot, should you choose. All these add increasingly better pay-offs at the end of the fight, should you live long enough to see them. The different classes have been further built upon by adding sub-classes you can choose from as you advance throughout the game. Cosmetic items help to add some flair, and to further spice things up talents have been added that, when mixed with weapon skills, can make for a whole new experience. It’s possible to feel truly unique, which was a feeling sorely lacking before.

Technical issues remain a constant issue in this franchise. In one instance, after we had cut a red trail through a half-hour level, faded to black to load our scores and prizes, we all disconnect. All that work with no pay-off. The only consolation was knowing that when we tried that level over again, it wouldn’t be the same run, but some new rat infested horror!

All in all, I would give Warhammer: Vermintide 2  9.5 Chaos Knights out of 10. Building up on all the great from before, while removing most of the bad. It’s a damn-near perfect game that I would highly recommend to anyone!