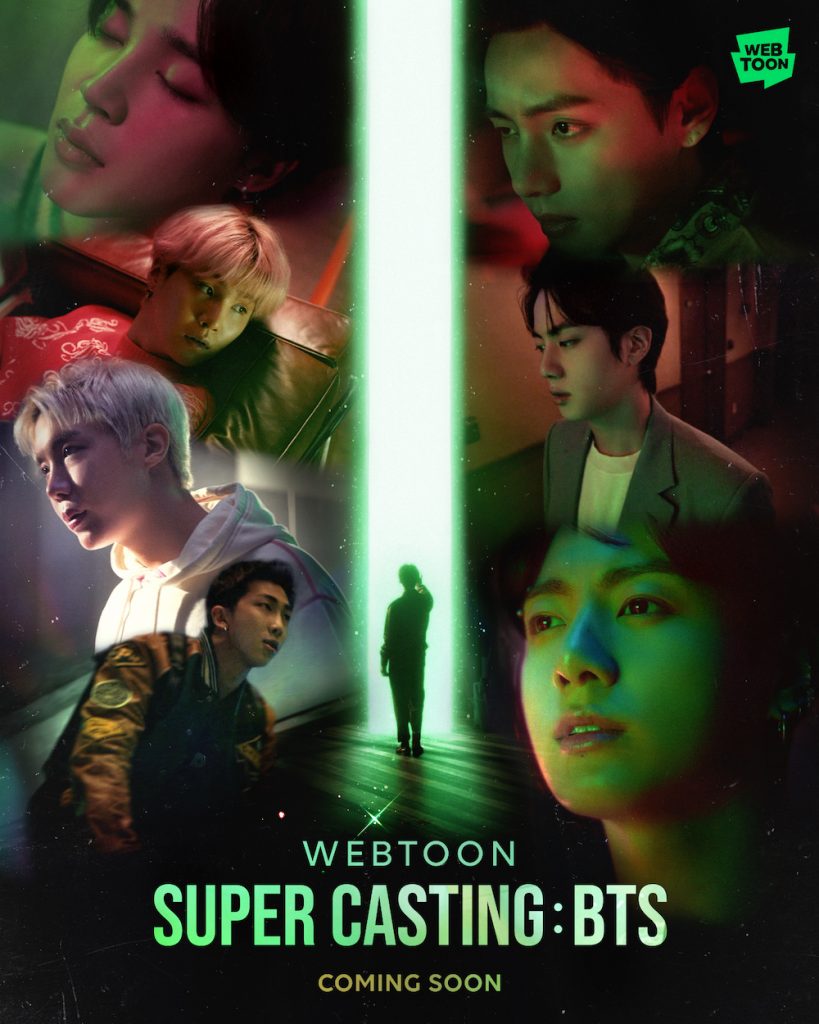 WEBTOON, the world’s largest digital comics platform, and HYBE today announced a series of new teaser videos featuring 21st century pop icons BTS in advance of the 7FATES: CHAKHO webcomic launch on January 14. The new teasers are part of a Super Casting campaign between WEBTOON and HYBE to bring dynamic webcomic adaptations of original stories in collaboration with HYBE artists.

Each teaser video will star a different BTS member, starting with Jin on December 24, and be shared daily through WEBTOON’s official social media accounts. The new series of videos follows earlier official BTS teasers 7FATES with BTS and the mysterious ‘CCTV Live,’ which sparked global excitement among BTS fandom.

Also launching today is WEBTOON x BTS, an event webcomic that will give fans access to behind-the-scenes BTS content. Each of the seven WEBTOON x BTS episodes will focus on a member of the band and can be found exclusively on the official WEBTOON app.

The collaboration between WEBTOON and HYBE is part of WEBTOON’s previously announced Super Casting campaign, a group of global partnerships that bring some of the world’s most exciting entertainment companies to WEBTOON. Super Casting allows major entertainment brands to work with WEBTOON and maximize the IP value chain across platforms and formats. Working with HYBE, WEBTOON continues its global leadership in building and nurturing global fandoms online.

WEBTOON® is the world’s leading digital platform for visual storytelling. As the first modern digital publishing and self-publishing platform for digital comics, WEBTOON has revolutionized the way visual stories are created and consumed, allowing anyone to become a creator.

WEBTOON also has become a cultural and global phenomenon, pioneering the distribution and consumption of web-based comics. With an average of 72+ million monthly active users, more people consume WEBTOON series than watch most television shows. WEBTOON features a broad and diverse catalog of content from all over the world — including romance, thriller, fantasy, comedy and more. WEBTOON is No.1 app among 16-24 year olds in Korea and also is in the top tier among the same group in the other countries.

Launched stateside in 2014, WEBTOON has thousands of creator-owned series with episodes updating daily. Also boasting partnerships with Legendary, POW!, Top Cow/Image, and more, WEBTOON takes storytelling to the next level. Creators have been nominated for multiple Eisner Awards, as well as winning a multitude of Ringo Awards. The WEBTOON app is free to download on Android and iOS devices.