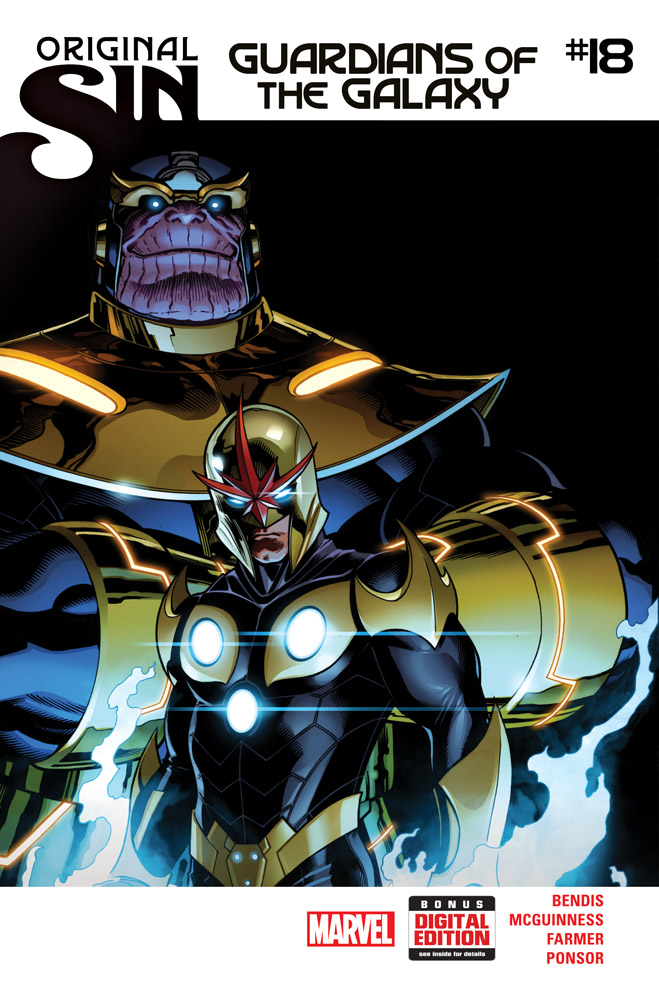 What Happened to Richard Rider? Find Out in GUARDIANS OF THE GALAXY #18 – an ORIGINAL SIN tie-in!

This August, the burning question of what happened to one of the greatest heroes of in the Marvel Universe finally gets answered in GUARDIANS OF THE GALAXY #18 – an Original Sin tie-in! New York Times Bestselling creators Brian Michael Bendis and Ed McGuinness bring you the blockbuster answer to the question on everyone’s mind:

What happened to Richard Rider?

“We have literally been dropping hints since the Guardians guest-starred in Avengers Assemble,” says Brian Michael Bendis in an interview with Marvel.com. “I have known exactly what we were doing with this from the moment I agreed to do the book, but I thought it would be best to slow burn the reveal.”

Nova, the Human Rocket – once one of the greatest heroes in the Marvel Universe, gone in a flash. Side-by-side with Star-Lord, Nova fought valiantly to save the entire universe from encroaching death. Sealed in a twisted and horrific version of our own universe, Richard Rider sacrificed everything to prevent the onslaught of Thanos.

The true story of that sacrifice has never been told. Though Star-Lord and Thanos miraculously returned, Nova was nowhere to be found. The truth behind his absence kept a closely guarded secret between two bitter enemies. A secret that will finally be revealed!

“Not only does this reveal answer a question for diehard readers, it also tells something about the character to newer readers,” continued Bendis.

“This is a story Brian Bendis has been dying to tell for several years,” says Executive Editor Mike Marts. ”Now that time is finally here and we can’t wait for readers to find out what happened to Richard Rider!”

How did Star-Lord and Thanos escape their hellish imprisonment? And why did Nova not return with them? The explosive last stand of Richard Rider begins now! No fan can afford to miss the blockbuster GUARDIANS OF THE GALAXY #18!

Marvel Entertainment, LLC, a wholly-owned subsidiary of The Walt Disney Company, is one of the world’s most prominent character-based entertainment companies, built on a proven library of over 8,000 characters featured in a variety of media over seventy years. Marvel utilizes its character franchises in entertainment, licensing and publishing. For more information visit www.marvel.com © MARVEL