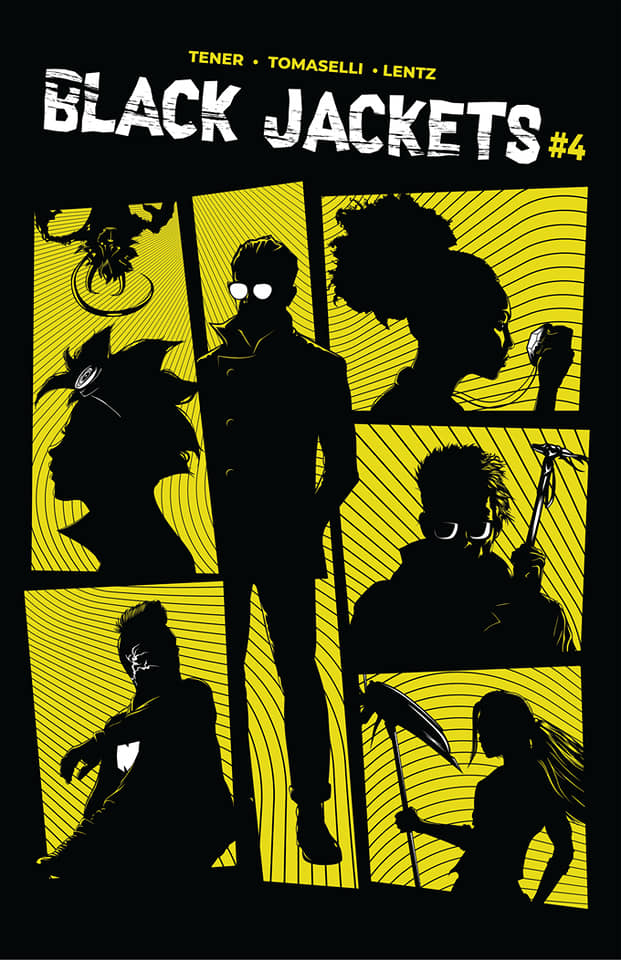 If the idea of The Skulls (yes, that film starring Pacey from Dawsons Creek) and Locke and Key combined into a creepy monstrous fraternity floats your boat then this release of Black Jackets is just what the inter-dimensional doctor ordered.

Written and created by Mike Tener and illustrated by Francesco Tomaselli, Black Jackets #4 (and #5) continues the creepy black and white story of five teenagers who are reluctantly thrown into the throes of a monster-hunting fraternity. Black Jackets is filled with the thrills, chills, and the undercurrent of a teen drama you’ll grow to love.

In issue 3, the Jackets were attacked by an old member of the Black Jackets fraternity, who had crossed the interdimensional gateway between the human world and the demonic world. With that old friend and new foe dispatched thanks to a member of the order’s British chapter, the Black Jackets crossed the gateway to see what new horrors lie in wait.

Black Jackets #4 picks up immediately where Issue 3 left off and boasts an impressive assortment of Variant Covers for Kickstarter supporters and fans of Bad Bug Media to latch onto:

Nolan Smith
0
Tags :
What If... The Skulls jumped into bed with Locke and Key