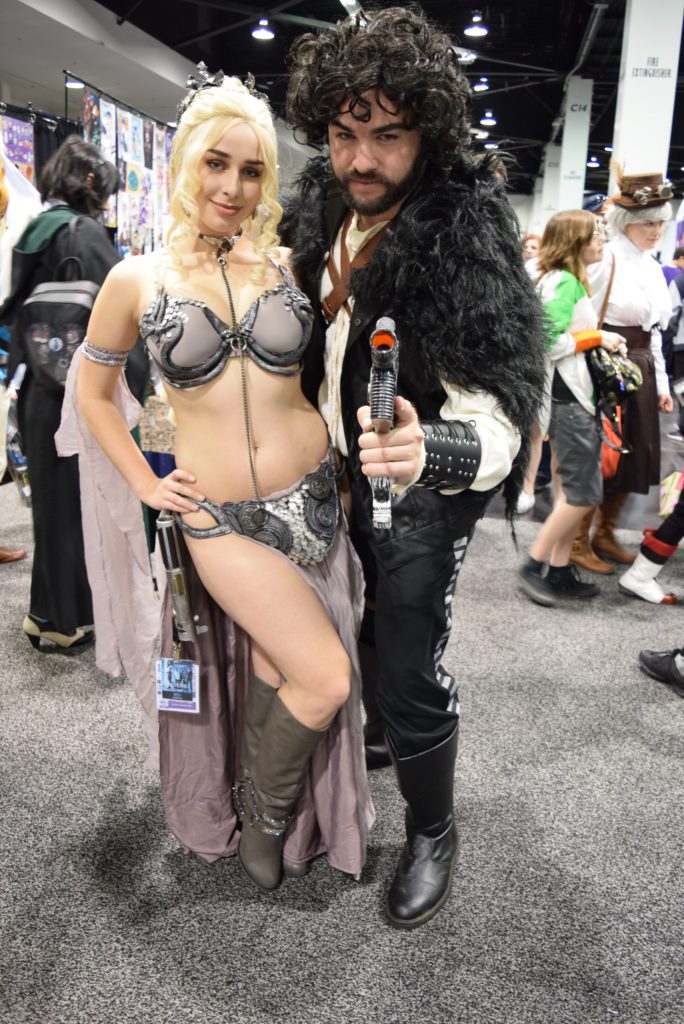 As the storms rolled in this past week, leave it to the annual WonderCon convention to bring clear, sunny weather to Southern California, as well as superheroes, villains, artists, writers, actors, directors, scientists and more.

“WonderCon 2018 was full of anything and everything we geeks want from a con,” said Victorville resident Mychal Fabela. “The cosplay, panels, premiers and exclusives. The Valiant Panel on Saturday proved that Valiant has a bright future and will soon be a household name!”

Created by Comic Con International, WonderCon has taken up residence at the Anaheim Convention Center for the past few years, much to the applause of pop culture fans and fanatics in California. The show took over the convention center, including the newly finished additions to the center, which really added to the show overall. Thousands of fans flock to Anaheim every year for the convention, with hopes of seeing their favorite actors, finding that one of a kind collectible, to cosplay as their favorite character, or for any number of reasons.

One of the main draws to any convention is the exhibit hall, where a variety of vendors line the rows, ready for three days of jam packed excitement. Vendors included Skybound Entertainment, the company that brings the world The Walking Dead comic series, as well as Saga, Invincible and more. Other comic publishers included IDW Publishing, Boom! Studios, and Abstract Studios Comics, home to the critically acclaimed Motor Girl and Strangers in Paradise. Local artists Chris and Amy Hernandez were vendors as well with their company, Zombie Playground and their books, Jack and the Zombie Attack and Jack and the Pirate Attack.

Panels varied, from TV studios, animation, science, comic publishers, everything that you could think of when you think of pop culture. I went to the Bat in the Sun/Valiant Entertainment panel, where new footage of their live action series, Ninjak Vs The Valiant Universe debuted. Starring Michael Rowe from Arrow fame, the series follows the mercenary Ninjak as he goes down a path that puts him against the heroes of the Valiant Universe. The footage shown was nothing short of amazing as ready for the series to hit the internet this year.

The cosplayers were out in full force, and every convention, I see something I never had before. Like the K-2S0 droid cosplay, controlled by a gentlemen dressed as an Imperial Officer, or the outstanding mash-up of Game of Thrones and Star Wars. Other standouts include the superb DC Bombshell cosplayers, the villainous Black Flash, an extremely well done duo of Wonder Woman and Iron Man just to name a few. Victorville resident LeAnn Doornbos tried cosplay for the very first time at WonderCon as she went dressed up as Bulma from the popular Dragon Ball anime series.

“It was really fun!” said Doornbos. “Everyone that came up to me was super sweet. The energy and dynamic of the con was amazing, it’s nice to not feel judged. Everyone’s there for the same reason so it’s super cool to be able to bond with people who share the same interests as you do! I had fun, I can’t wait to do it again.”

WonderCon will return to Anaheim in 2019. For more information on the convention, visit www.comic-con.org.