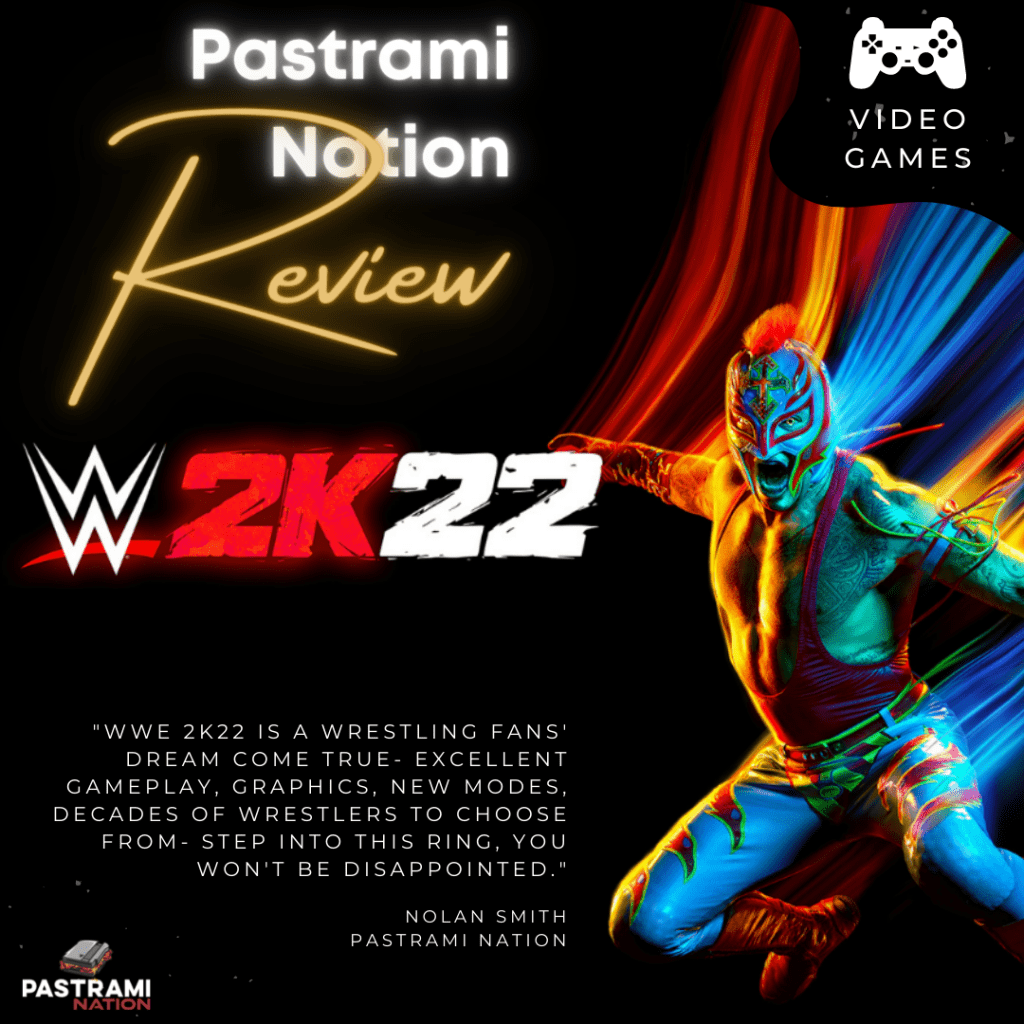 I am a huge fan of professional wrestling games: from No Mercy and Wrestle Fest to the Smackdown series and more, I have been a fan of all, even if some of the games weren’t the best. With WWE 2K22, 2K takes the squared circle to new heights, with new modes, a robust roster, and fresh new, intuitive gameplay.

I am reviewing the game on the PS5, and I can say right off the bat, this is the best-looking wrestling game I have played. I am blown away by the textures, facial expressions, fluid motions, and impressive entrances. Right at the beginning, you can take a tutorial done really well. It features wrestler Drew Gulak, one of the most technically sound wrestlers in the business, as he guides you through the controls in a mock match. After that, it is on to all the modes you can tag into.

Showcase Mode is a unique road down the career of Rey Mysterio. With specific ring attire to match the moments, to commentary by Mysterio about the match and moments, this is an incredible look at a man who has changed the world of professional wrestling, being a little man in a big pond full of sharks. I absolutely love this mode, and I hope it continues with every installment. MyFaction is another one of my favorite modes, as it’s a card game that ties in the gameplay in clever ways. I love opening new packs to see who I got this time. It reminds me of WWE’s card game on mobile devices, which had the same addicting nature to it.

Create a player is back with the creation suite. The popular feature is back with new cross-platform community creations, a featured creator section highlighting a player and their content, and more. Players can create anyone their imagination allows them to do, as there is so much freedom in this mode.

The roster is impressive, spanning WWE Smackdown, Raw, NXT, legends from WWE and WCW, and more. With names like John Cena, Samoa Joe, the late, great Scott Hall, Hulk Hogan, to permanent mainstays on television right now like Roman Reigns, Austin Theory, and more, you have a lot to choose from, and even more when the planned DLC releases.

The most crucial aspect of any game is the actual gameplay, and here, the gameplay engine is brand new and makes a massive difference. The control scheme is easy to learn and makes sense, with arcade-like indicators to tell you when to perform a pin, a signature move, or the almighty finisher. I love the game mechanics and how it changes drastically from wrestler to wrestler. From Rey Mysterio Jr to Walter, each looks and feels unique and impressive.

WWE 2K22 is a wrestling fans’ dream come true- excellent gameplay, graphics, new modes, decades of wrestlers to choose from- step into this ring, you won’t be disappointed.