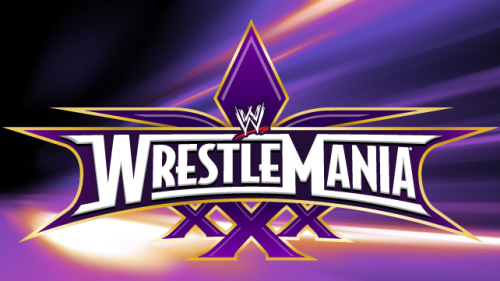 Back to the Big Easy.

World Wrestling Entertainment (WWE) held a press conference today where they announced the site of next year’s grandest stage of them all, Wrestlemania, and it’s right in the heart of New Orleans. The Mercedes-Benz Superdome will house wrestling’s biggest event of the year in 2014, which is a pretty great choice. Those who watched last night’s Elimination Chamber event, which was held in New Orleans, you see the lively crowd the Big Easy is known for. Check out the press release below, as well as the logo above. For more information, keep watching the WWE’s website at www.wwe.com.

“On behalf of our great city, we thank WWE for bringing their largest annual celebration to New Orleans in 2014,” said New Orleans Mayor Mitch Landrieu. “We are proud to have played host to some of the greatest sports and entertainment events in the world over the past two years, and hosting WrestleMania is a great way to continue this unprecedented streak. We look forward to hosting WWE and its global fan base as they celebrate this historic milestone at the Mercedes-Benz Superdome.”

“WWE thanks the city of New Orleans and the Saints for welcoming our biggest celebration of the year for the first time to The Big Easy,” said Vince McMahon, WWE Chairman and CEO. “We can’t think of a better city or a more legendary venue than the Mercedes-Benz Superdome to host the 30th annual WrestleMania. Let the good times roll.”

WrestleMania is more than just a one day event, it’s a week-long celebration. In addition to WrestleMania XXX, other activities will include: WrestleMania Axxess – WWE’s four-day interactive fan festival at the New Orleans Morial Convention Center; the 2014 WWE Hall of Fame Induction Ceremony; Monday Night Raw; WrestleMania Reading Challenge Finals; Be a STAR anti-bullying rallies; hospital visits and other pro-social activities designed to give back to the host community. The pay-per-view event will be televised to more than 100 countries. Last year, WrestleMania XXVIII in Miami generated more than $100 million in economic impact for Miami and Miami-Dade County, a new record for WrestleMania. This year, WrestleMania XXIX takes place at MetLife Stadium in East Rutherford, N.J. on Sunday, April 7.