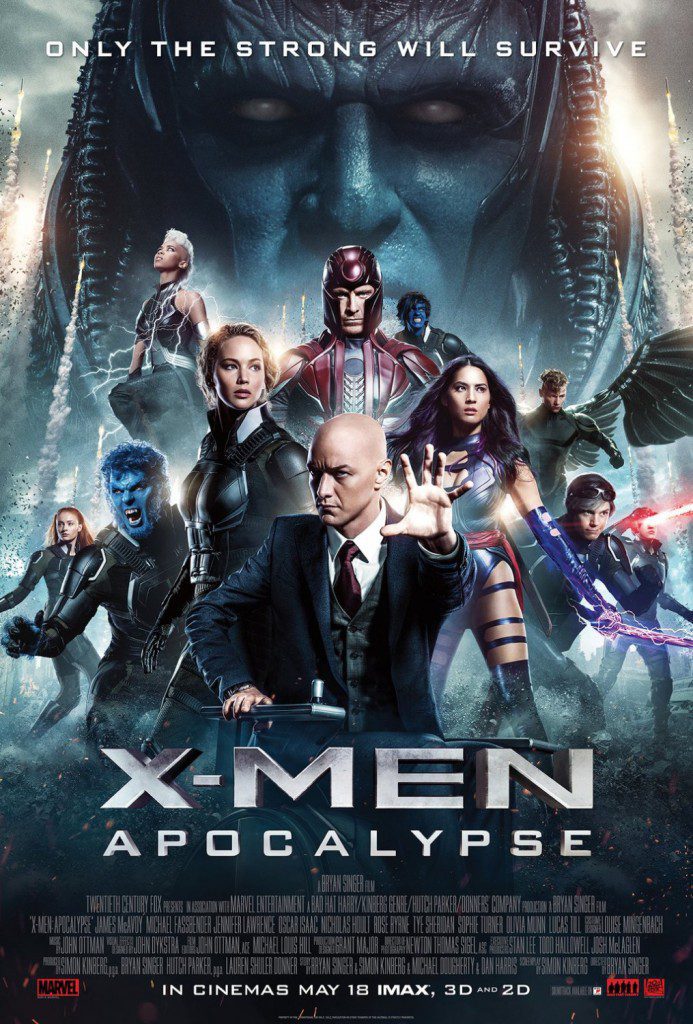 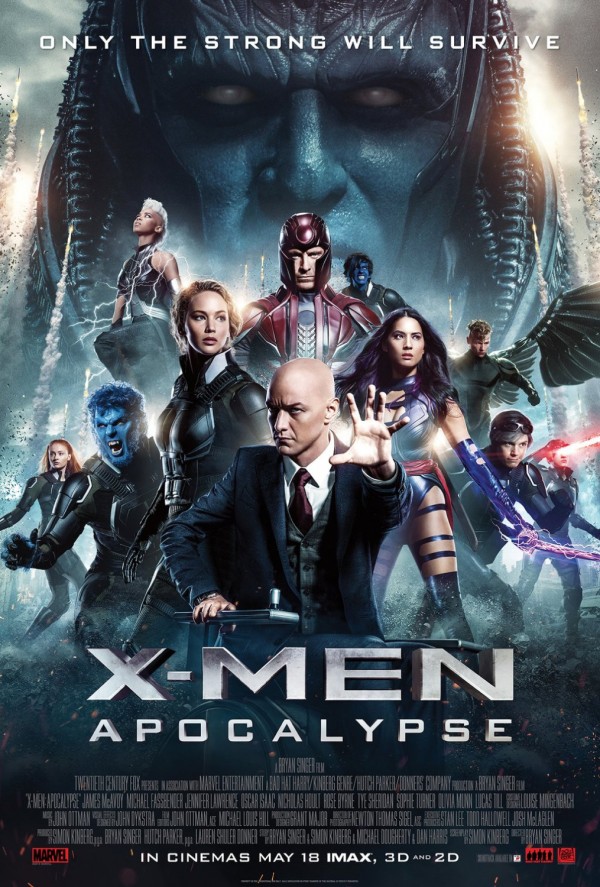 X-Men: Apocalypse Puts the Merry Mutants Against the First Mutant

Being the third in the new wave of X-Men films, X-Men: Apocalypse carries a lot of weight on its shoulders. The best-selling merry mutants at Marvel have been on a roll as of late, so with the introduction of the mega-villain Apocalypse to the big screen, the standards are already set pretty high.

With director Bryan Singer on board once again, the latest installment of the X-franchise aims to have some old, some new, and mixed in with some blue. Back for this film are the blue hued shapeshifter Mystique (Jennifer Lawrence), the brainy Beast (Nicholas Hoult), telepathic leader Charles Xavier (James McAvoy) and the troubled and powerful Erik Lennsherr (Michael Fassbender) to name a few. This time, the threat comes in the form of the world’s first mutant, En Sabah Nur, known in the comic world as Apocalypse (Oscar Isaac).

The film, now set in the 1980’s, has a new group of mutants emerging to save the day: some we have met before, like the scene stealing Quicksilver (Evan Peters) and the powerful Alex Summers (Lucas Till). But the new faces of the franchise has plenty for X-fans to be excited about, as we get to see a young Scott Summers (Tye Sheridan), Kurt Wagner (Kodi Smit-McPhee) and fan favorite Jean Grey (Sophie Turner). But the heroes aren’t the only ones with new recruits, as Apocalypse has gathered his four horsemen, including Storm (Alexandra Shipp), Psylocke (Olivia Munn) and Archangel (Ben Hardy).

What we get is a struggle to save the entire world, as Apocalypse threatens to wipe the Earth clean and start anew. This puts into play the often torn Magneto, who has teetered on the side of good and bad for some time. The main villain here is pretty straightforward with his motives: it’s his horsemen that provide more of a moral dilemma. Plus, we witness the rebirth of the X-Men, which no doubt sets the stage for the inevitable sequel. The film is exactly what I hoped for: an action flick that brings to life characters I have read about for decades, and does so in grand fashion.

X-Men: Apocalypse tackles the ancient evil of one of the X-Men’s greatest foes and paves the way for the next villain in the shadows, hinted at with the after the credit scene. If you have been a fan of the previous two X-films, then this will be a satisfying part three.