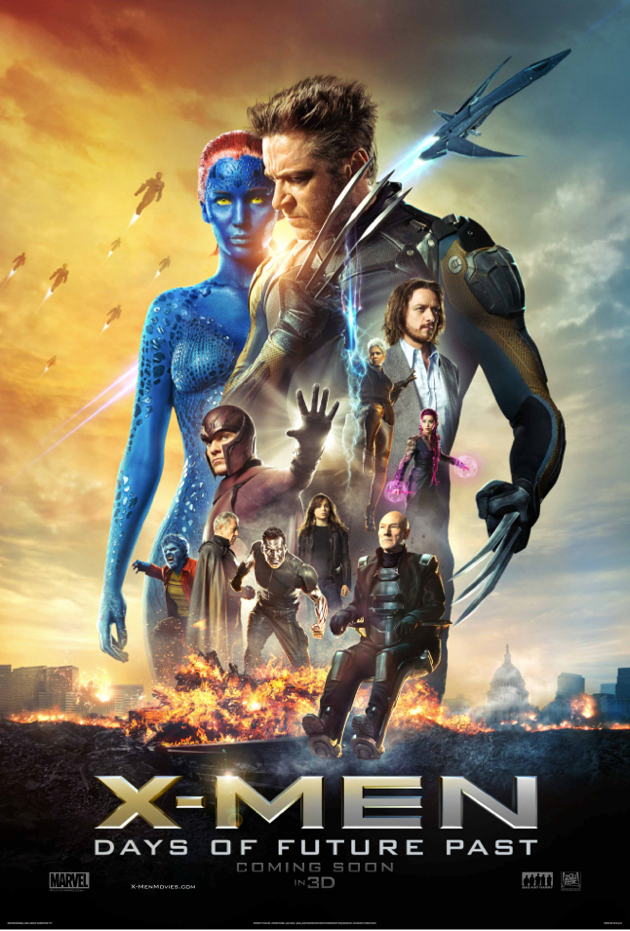 (Victor Valley)— The X-Men franchise has had its ups and downs. With the first film, the world was introduced to Marvel Comic’s merry mutants, and the second one retained the momentum. Then came “X-Men: The Last Stand”, which seemingly buried the franchise with one film. With 2011’s “X-Men: First Class”, we got a new, younger cast which sparked hope once again for Marvel’s mutants. Now, with 2014’s “X-Men: Days of Future Past”, we see a melding of the two casts: does it work, or are we stuck with another film ready to exterminate the X-Men’s cinematic future?

By the sound of the title, you can see that time travel is involved. Loosely based off of the classic storyline, which saw print in 1981, the film goes from the timeline of the “X-Men: First Class” universe to far into the future, where the world has been taken over by massive, robotic killing machines called Sentinels. Wolverine (Hugh Jackman) is sent back into the past to stop the events that lead to the creation of this robot army, created by Bolivar Trask (Peter Dinklage). This puts Wolverine in contact with a very different Professor Xavier (James McAvoy) and Magneto (Michael Fassbender), as they search for the key to the future, Mystique (Jennifer Lawrence).

We see new mutants both in the past and in the future: from Bishop, Blink, Sunspot, Warpath in the future, and Quicksilver (Evan Peters) in the past. It is Quicksilver who outshines any of the new cast, as he steals the show on more than one occasion with his super speed and patience to match. As the franchise moves forward, I would bet that the white-haired speedster ends up in the upcoming sequel.

The film, though it sounds like it would be a mess with the time travel and what not, flows extremely well. We get a great story, one that weaves both past and future together and sets up the X-films for a new start once again. Loose ends are tied up, so when X-Men: Apocalypse comes out in the next few years, there is no baggage from previous films to hold it back. I extremely enjoyed the film, as it brought the best of both worlds and left the mediocre behind. If you are a fan of the X-Men, then you owe it to yourself to see this. I give X-Men: Days of Future Past a 9 out of 10.