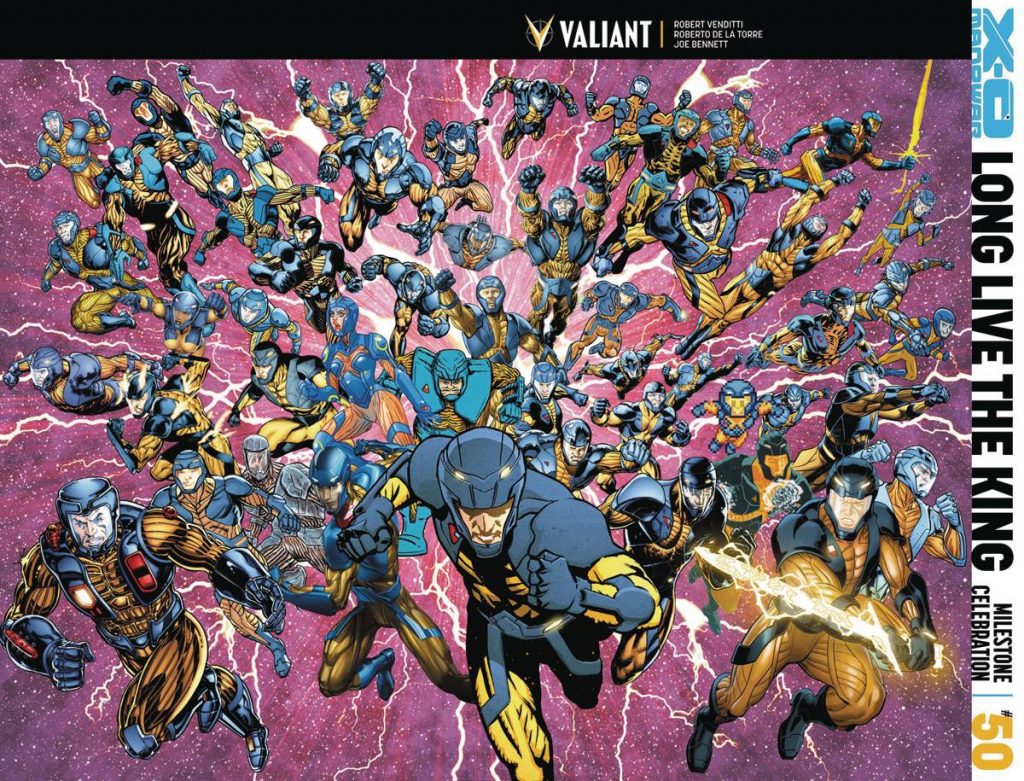 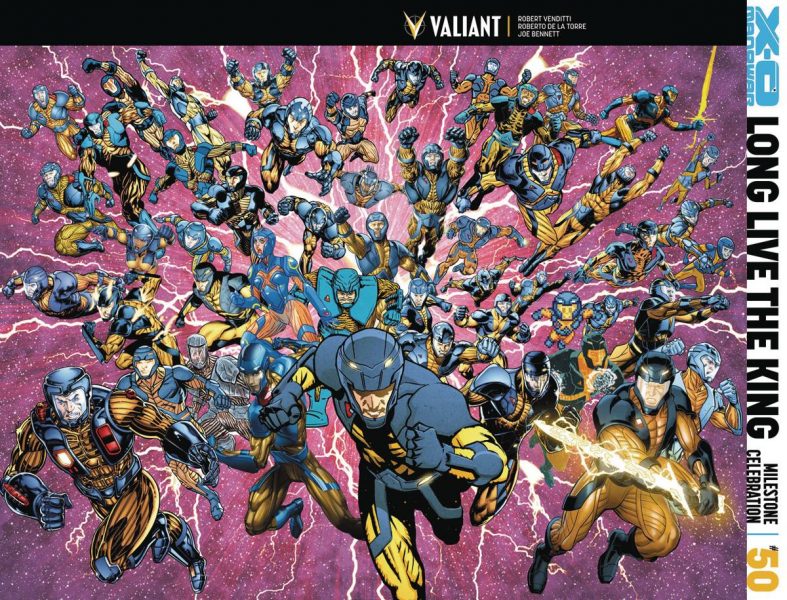 When Valiant came raging back to the comic book scene, they released their flagship book, X-O Manowar, in 2012, with a re-imagining of the armored warrior. Now, X-O has been well known in the industry, with many legends having worked on the character in the past. With this new series, writer Robert Venditti brought the hero to the forefront once again, and did so in grand fashion. Fast forward to 2016, and Valiant Entertainment has reached the 50th and final issue for X-O- is it an ending deserving of a king?

I will be honest, I haven’t picked up an issue of X-O in about a year or so, so I wasn’t completely sure how hard it would be to follow this last issue. Luckily, this issue stands on its own, and recaps not only the current storyline, but the history and origin of the character as well. For those that don’t know, X-O Manowar is Aric of Dacia, a warrior from a time when swords were the problem solvers of choice. After being abducted by an alien race, he broke free after coming into contact with an ancient artifact- the X-O Manowar armor. He returned to Earth, but far later since his time. A man out of time, he continued to fight the good fight.

With this issue, we see X-O seemingly defeated by an alien race known as The Torment. This sends X-O into a state of reflection, and revelation. We see many of other Valiant heroes, super powered or not, rally to avenge the fallen hero, but not everything is what it seems. Venditti writes his send off to X-O with a plethora of artists helping create something memorable. We get a grand send off to the hero, but also, a frightening look at X-O’s future when the series returns in 2017.

X-O Manowar has always been very different than other armored heroes in comic books, and that’s because of who he is. He is a warrior, a fighter. The armor being just another weapon for him to wield, while retaining his warrior instinct and his honor and morals, which has guided him through these 50 issues.

This is an excellent bookend to the series, and closes one door while leaving the window open. Venditti and all the artists involved should take a bow, as they did the Valiant’s iconic character proud. 2017 can’t come soon enough.