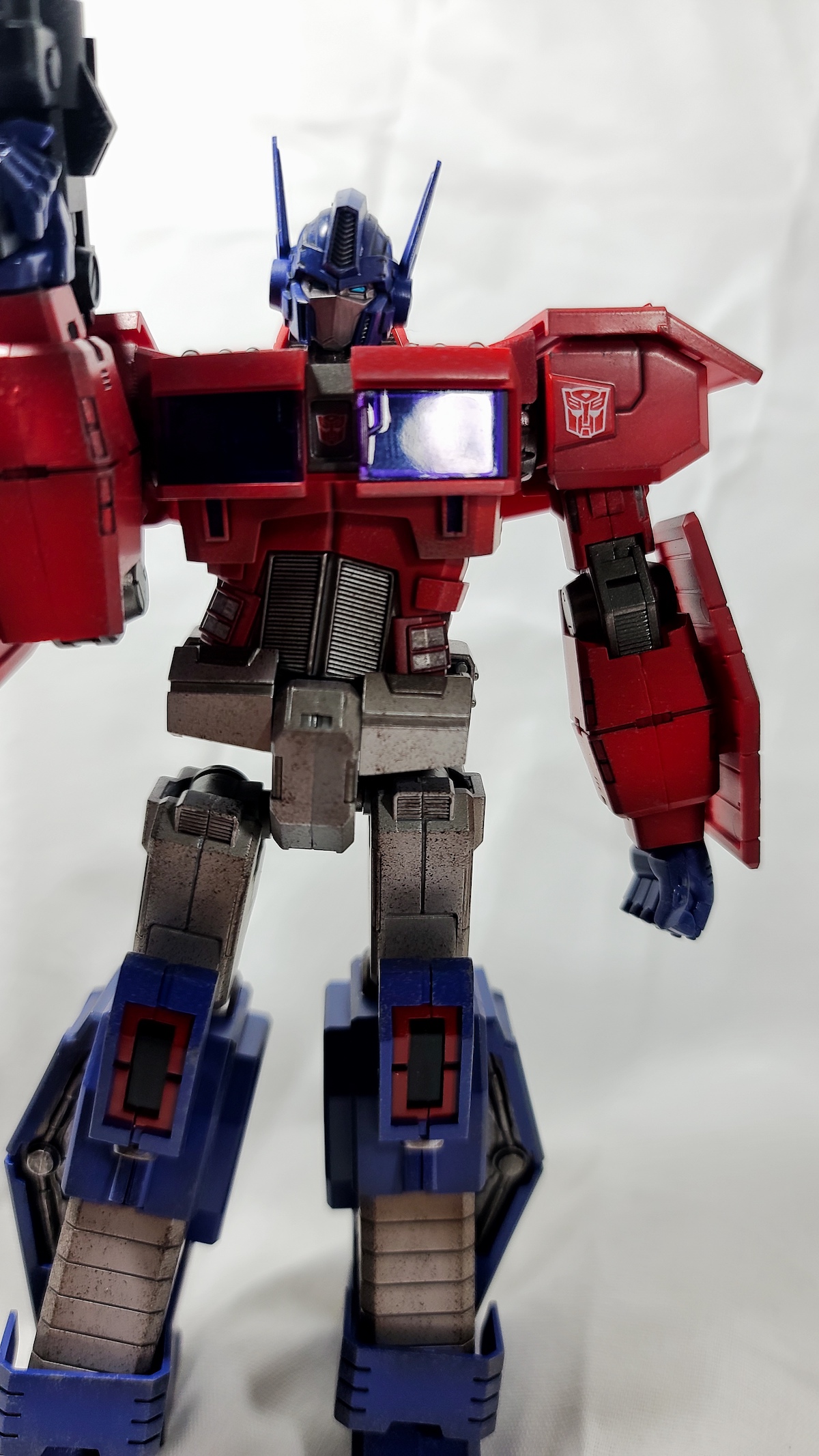 He is the leader of the Autobots, the most iconic character in Transformers history. He is Optimus Prime, and he has had a ton of action figures in his long history. With Flame Toys and Bluefin Brands’ release of this figure, what makes it stand out from the rest?

The Transformers Furai Action Optimus Prime figure is unique for Flame Toys and Bluefin, as their Furai line is mostly known for their fantastic model kits. This figure is an actual figure: fully assembled, painted, and ready for posing. The most significant aspect someone might see is that this Prime does not transform. I know, some of you are thinking. “Blasphemy!”. But we have a lot of transformable Optimus Prime figures already. Plus, the old Action Master line didn’t transform either.

But this is far more detailed and impressive than an Action Master. This six-inch figure is loaded with articulation, allowing Prime to do battle with anyone. The paint scheme here is fantastic, as it has a slightly weathered look to it. This figure comes with four extra interchange hands as well as his blaster and a stand. I love how some of the hands split apart so you can fit the blaster in, firmly holding the weapon and making for a seamless look from a design standpoint.

The degree of motion you can get with this figure is insane. I applaud Flame Toys for creating such an amazing piece of art here: it is easily one of the best-looking action figures you will find on the market- if you can find it. The second release from Furai Action will be Optimus Primal from Beast Wars, which is up for pre-order now and looks just as impressive.

This Optimus Prime is the definitive robot version for me. It’s lightweight for optimal posing and looks like it leaped right off of the comic book page. If you can track this one done, I highly recommend it.