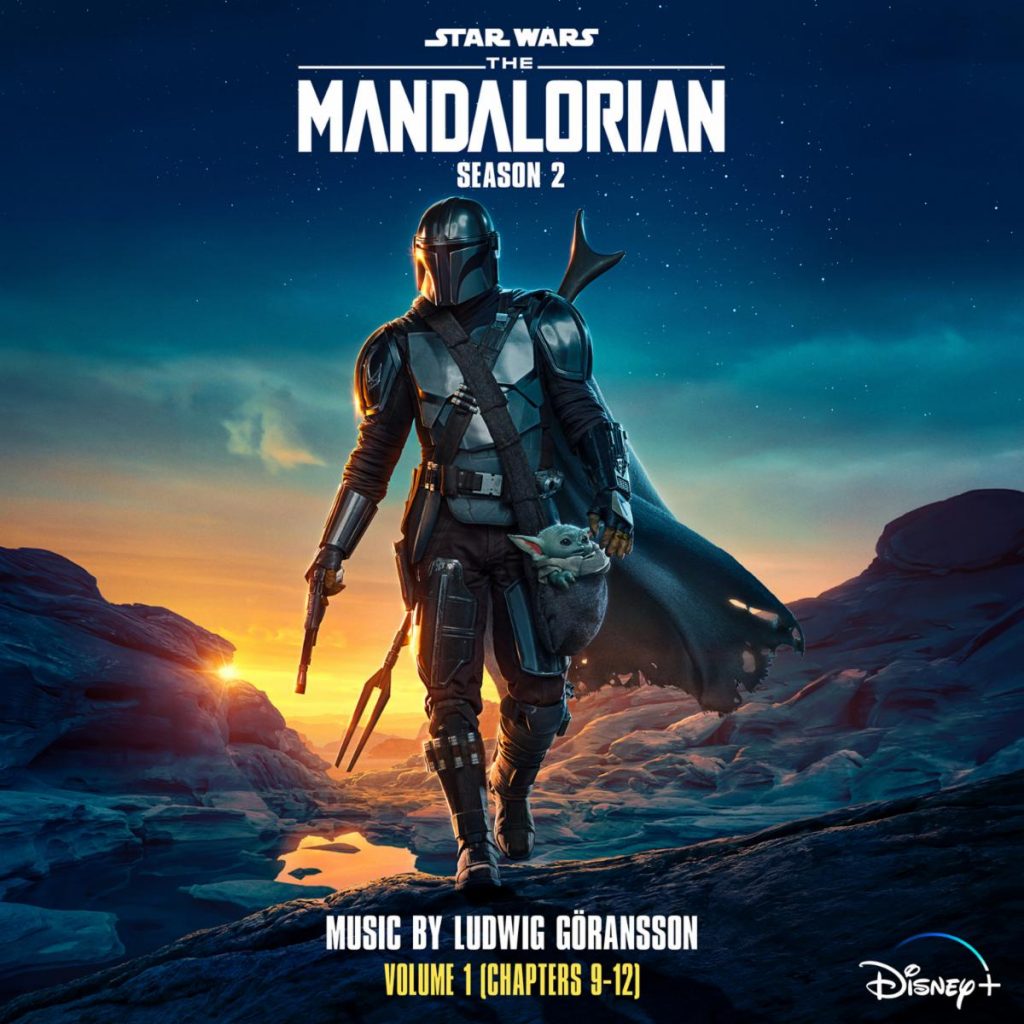 Earlier this year, Göransson won his first Emmy for “The Mandalorian” “Chapter 8: Redemption” in the Outstanding Music Composition For A Series (Original Dramatic Score) category.  For the first season of “The Mandalorian,” Göransson released eight full length albums, one album per episode, with recurring themes throughout the season. This season, he will release the soundtrack in two volumes containing new musical themes, sounds and ideas.
The score and character themes feature instruments played by Göransson including the bass recorder, woodwinds, drums, guitars, piano and percussion. The organic elements from those instruments are then infused with tech sounds and a cinematic orchestra.

About Ludwig Göransson In a career spanning only 12 years, Ludwig Göransson has amassed an impressive resume in both the recording and motion picture industries, earning an Academy Award, an Emmy Award, multiple Grammy Awards and countless other nominations. After working as an assistant to composer Theodore Shapiro, Göransson got his first big break writing music for the NBC television series, Community. This led to a friendship and collaboration with Donald Glover, who performs under the stage name Childish Gambino, on several studio albums including Because the Internet and Awaken, My Love. Göransson has been nominated for six Grammys with Childish Gambino, and won two in 2019 for the Billboard Hot 100 Number One hit song “This Is America,” which became a cultural phenomenon and garnered world-wide acclaim.

While pursuing his masters degree in film scoring at USC, Göransson met his other longtime collaborator, director Ryan Coogler, when he scored his short film, Locks. Over the next nine years, Göransson would score all three of Coogler’s feature films. Much like iconic filmmaking duos Hitchcock and Herrmann or Spielberg and Williams, Coogler’s diverse filmography has allowed Göransson to show his range as a composer, writing understated melodies for Fruitvale Station, hyping up audiences for Creed, and infusing African percussion into his themes for Black Panther.

Göransson has accumulated success in a variety of other films including the box office smash Venom andPixar’s Inner Workings. In 2019, Göransson earned multiple awards and nominations for his score for Black Panther including a Golden Globe nomination, a Grammy Award for Best Score Soundtrack, and an Academy Award for Best Original Score. He won two Grammy Awards for his song “This is America”, which he co-wrote and co-produced with frequent collaborator Childish Gambino.

Most recently, Göransson completed the score for Season 2 of The Mandalorian, LucasFilm’s first Star Wars live-action series helmed by director Jon Favreau, streaming exclusively on Disney+.  In September 2020, he won his first Emmy Award for his work on the series. Göransson also composed the music for Christopher Nolan’s Tenet, which premiered late summer 2020. In addition, he co-wrote and co-produced the songs for DreamWorks’ Trolls World Tour with Justin Timberlake, which exceeded expectations with its history-making digital release in April 2020, racking up nearly $100 million in sales in just three weeks.

About “The Mandalorian” Season 2 The new season finds the Mandalorian and the Child continuing their journey, facing enemies and rallying allies, as they make their way through a dangerous galaxy in the tumultuous era after the collapse of the Galactic Empire.