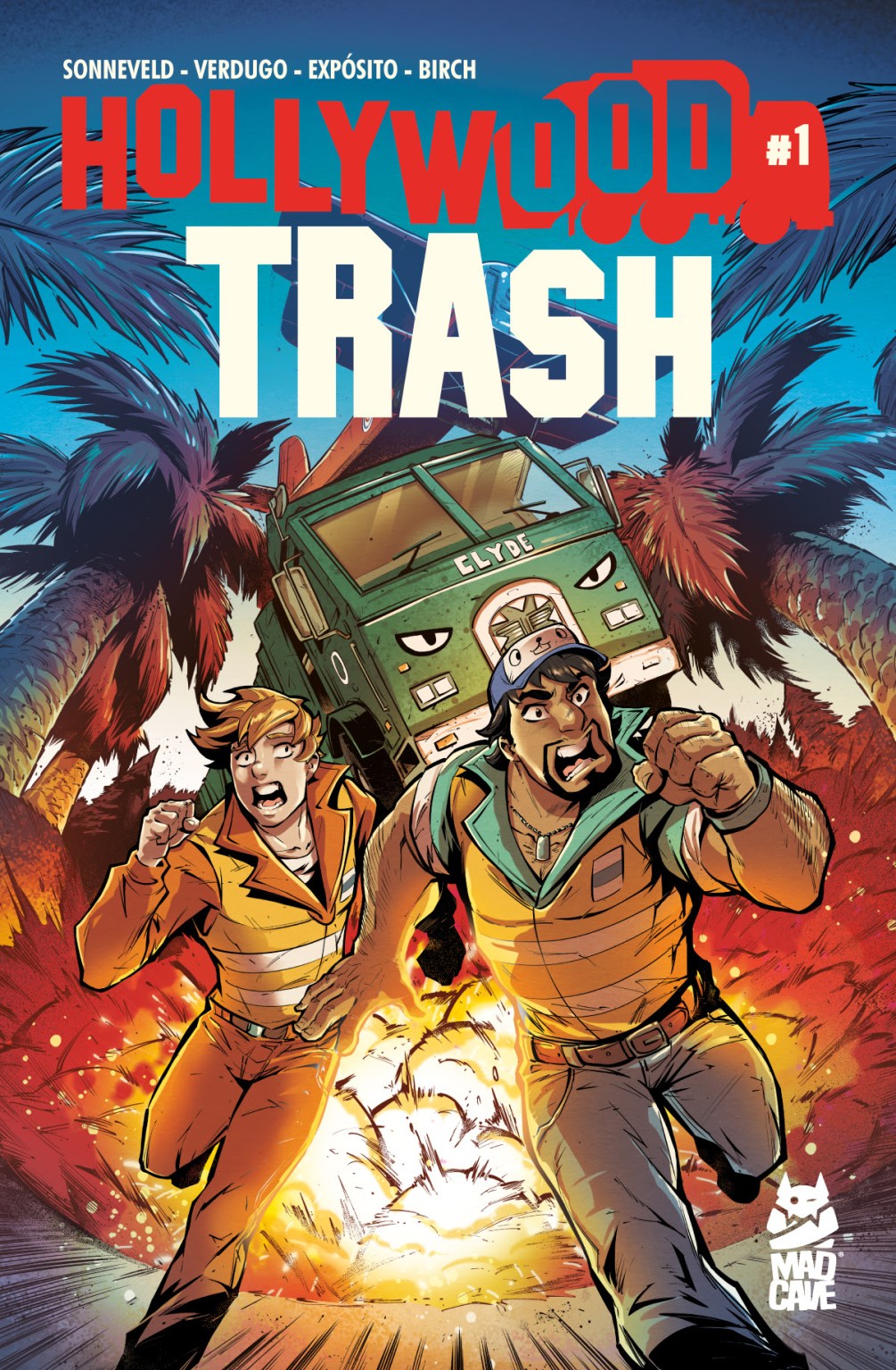 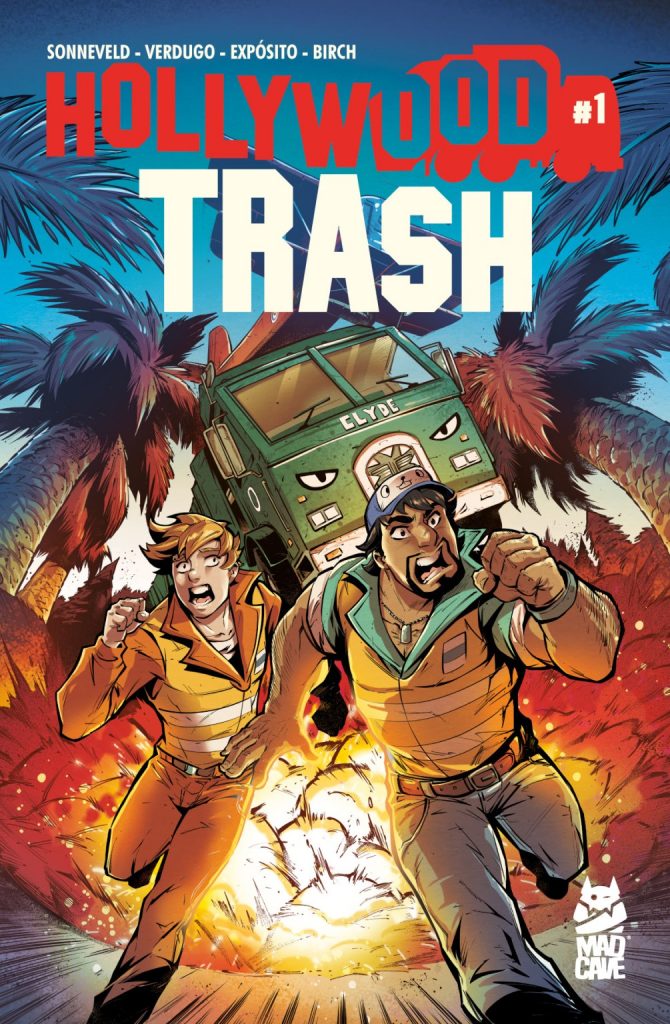 For my first ever comic book review, I look at an upcoming comic coming from Mad Cave Studios in the fall: Hollywood Trash.

It starts with the villainous Grapevine inducting a henchman, Leonard Wiley, aka Boom-Boom, into his cult ‘family’. His ‘children’ refer to Grapevine as “Pa-Pa.” Each family member has a nickname that exhibits their role within the Family. The next Family task is to do away with the “Trash Man.” Enter James and Billy. James and Billy run into a potential ally, Andi. Andi is an activist, fighting the evils of Hollywood in her own way. What was supposed to be a regular workday, soon turns into an epic endeavor to outrun Boom-Boom and his quest to take out the trash, or trash workers, I should say. Hollywood Trash’s writer, Steven Sonneveld, incorporates everything one would expect from a Hollywood blockbuster: Russian spies, arch nemeses, explosions, a plane chase, and a hero.

The artwork by artist Pablo Verdugo and colorist Jose Exposito for Hollywood Trash is exceptional. In conjunction with letterer Justin Birch, the artists were able to capture the essence of older styles enjoyed in the ’80s. But they also were able to tie in newer styles, giving inanimate objects personality. The trash truck, for example, is given human-like qualities and can express emotion. So much so that Billy gives the truck the name Clyde. No detail was overlooked right down to the movie posters in Grapevine’s office. This gives the feeling of a studio exec gone bad.

Hollywood Trash does a phenomenal job in weaving stories within a story. The reader is transported into an epic movie plotline. The parallels are compelling. Blurred are the lines between iconic movie plots intertwined with pop culture references. Typical movie characters are coupled with recognizable real-life people, both from reality TV shows–and their hosts–to Netflix series. The juxtaposition of career spectrums, living the dream in Hollywood vs. being a hero in everyday working-class life, adds another dimension to this comic. It is enjoyable for any reader!