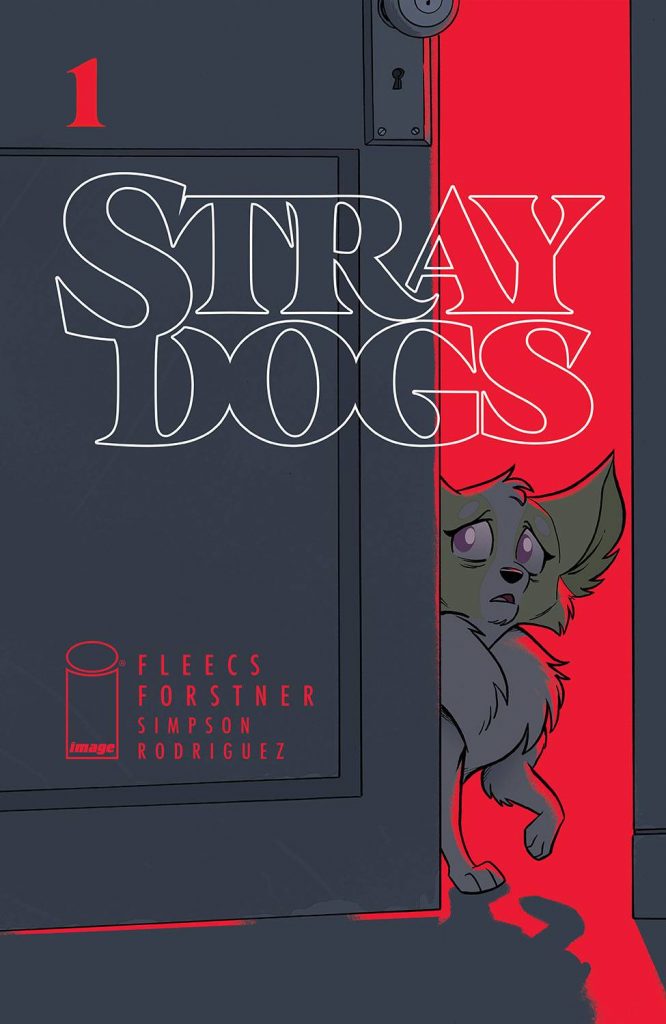 When a comic book is billed as Lady and the Tramp meets Silence of the Lambs, it has my attention. I honestly didn’t know what to expect with Image Comics’ Stray Dogs #1, but I will say, what I read was in one word: amazing.

From Tony Fleecs, Trish Forstner, Brad Simpson, and Tone Rodriguez, we get a book that looks and feels like a true-to-life Disney animated film but then starts to climb the ratings from PG forward. Sophie is a new dog in a new home full of dogs- it’s never easy being the new one. But she can’t remember why she’s there; how did she end up at this new home with a new human and not her lady?

One of the dogs, Rusty, takes her under his wing to help her adapt, but something isn’t right here. She meets the new dogs, and things start going strange. It gets worse when a scent sets off a violent flashback, leading Sophie to think something terrible has happened. But by the last page, the plot thickens even more.

Forstner, Simpson, and Rodriguez deliver in the art department big time. The linework, the colors, the fluidity of panels- this feels like it could be an animated movie waiting to leap off the page. Fleecs created a story that puts our protagonist Sophie in genuine danger and trapped in a scary and unfamiliar home. It’s like All Dogs go to Heaven got a remake from Eli Roth, and it is a marriage made in Heaven.

Stray Dogs #1 is so unexpected it’s incredible. Image Comics does it again, and I am chomping at the bits for the next issue!