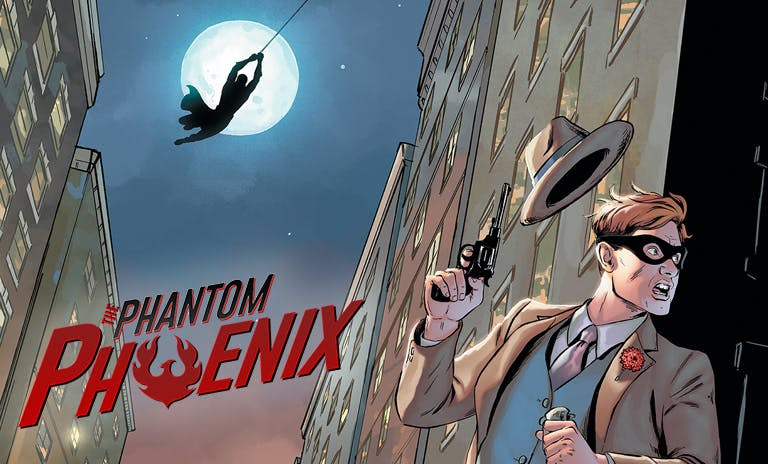 At Pastrami Nation, we love to spotlight independent creators, especially those in the comic book realm. So I am excited to share this book with you that is on my radar: The Phantom Phoenix from Voyage Comics! This project ends on Feb 16th; help this phoenix rise from the ashes!

So, what’s it about? Here is some info straight from the project page

Set in Chicago during the 1920s, Martin struggles to find his place in the world. He suffered a debilitating leg injury as a fighter pilot in World War I and is rejected by society. Without the support of family or the ability to work, Martin is a homeless veteran roaming the streets of Chicago, living off of scraps of food he finds.

That is, until he rises from the ashes.

Through a series of unlikely events, Martin discovers that his knowledge of the streets can actually help the country he fought to defend. Working in the shadows as if he was a “phantom,” he encounters criminals and crime scenes, giving the police the hints and clues they need to clean-up the streets of Chicago.

Despite his difficult situation, he wants to help the police and bring criminals to justice.

Martin is aided in his pursuit for justice by a Polish priest named Fr. Karol, who gives Martin sanctuary in his church basement, establishing a “base of operations” for his detective work and tinkering on new inventions.

This book instantly caught my attention! And it has characters inspired by real-life heroes!

From Philip Kosloski, Michael LaVoy, and Jay David Ramos, this book is one I cannot wait to read! Back it today at https://voyagecomics.com/phoenix/.