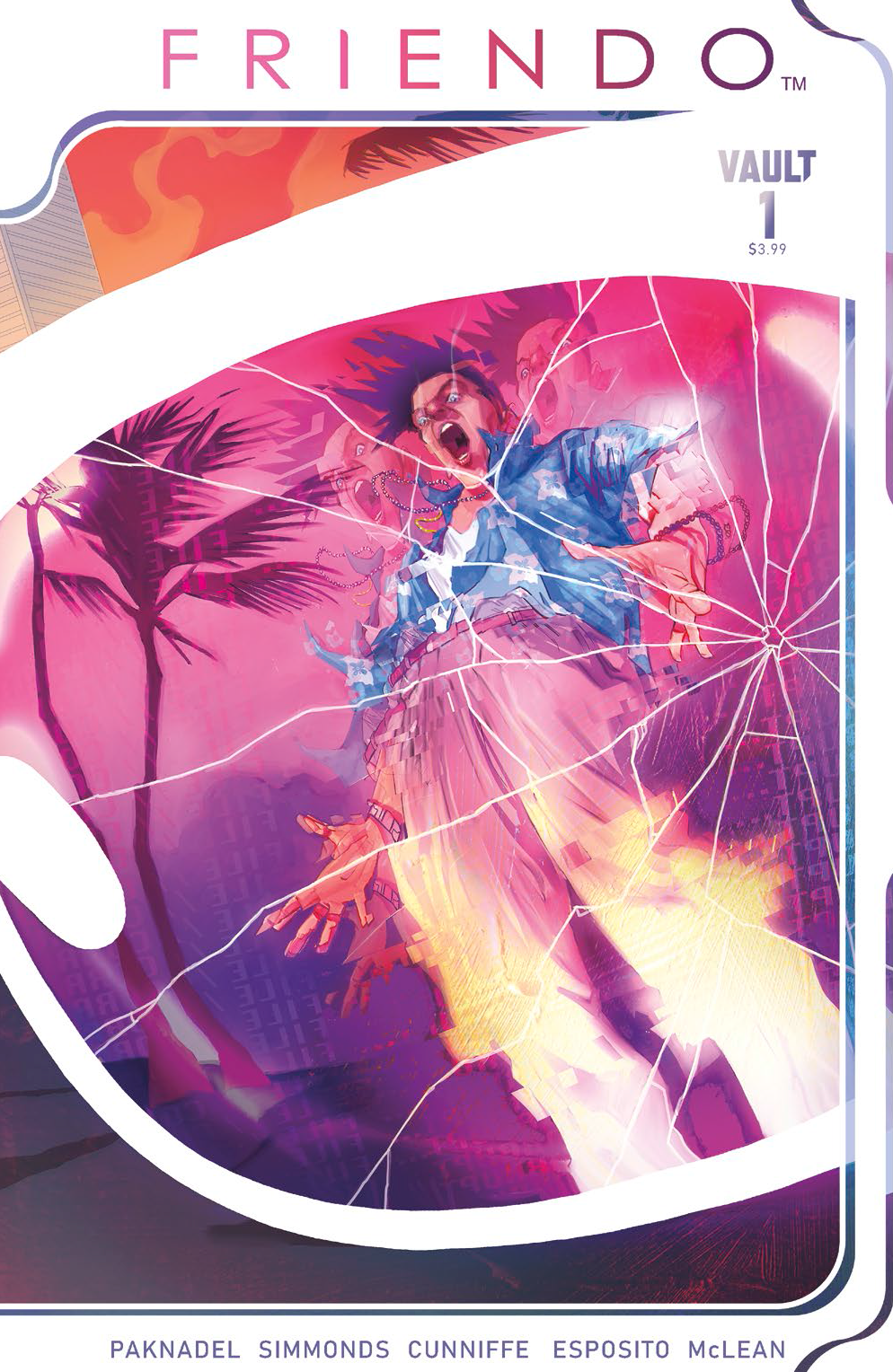 With Vault Comics’ Friendo, we see what happens if Google Glass was more than meets the eye. Written by Alex Paknadel with art by Martin Simmonds, colors by Dee Cunniffe and lettering by Taylor Esposito, this is a solid start into something that could go from science fiction to science fact in a matter of months.

The book’s lead is Leopold or Leo for short. A man in his thirties who is trying to be an actor, but resorts to less than satisfying gigs to pay the rent. His girlfriend Rachel, however, seems to have a decent studio job, one that affords her to adore Leo with lavish gifts, the latest being a pair of smart glasses, Friendo. Leo was a kid that didn’t get to play with toys: now he has the ultimate tech toy in his hands. Complete with an AI assistant, Leo’s being called Jerry, it seems the AI is far more intuitive than one might imagine. By the end of the first issue, Leo is led into a very dangerous situation, alone with only his Friendo, who doesn’t seem like it is going to help much in the face of adversity.

I enjoyed the first issue: it’s a fresh story, Leo isn’t the most likable guy, but his situation is interesting. Paknadel has taken inspiration from modern day events and created a book that makes you want to see what happens next. Simmonds artwork is stylistic, slick and works great for this romp through Los Angeles. The colors pop, the whole book is fantastic, from cover to back cover, the execution is spot on.

Friendo shows that in today’s day and age, you are never really alone. Not with a Friendo, anyways. A story rooted in today’s tech accomplishments with a hint of intrigue and danger; I highly recommend giving this first issue a shot. I know I will be back for the sophomore issue!