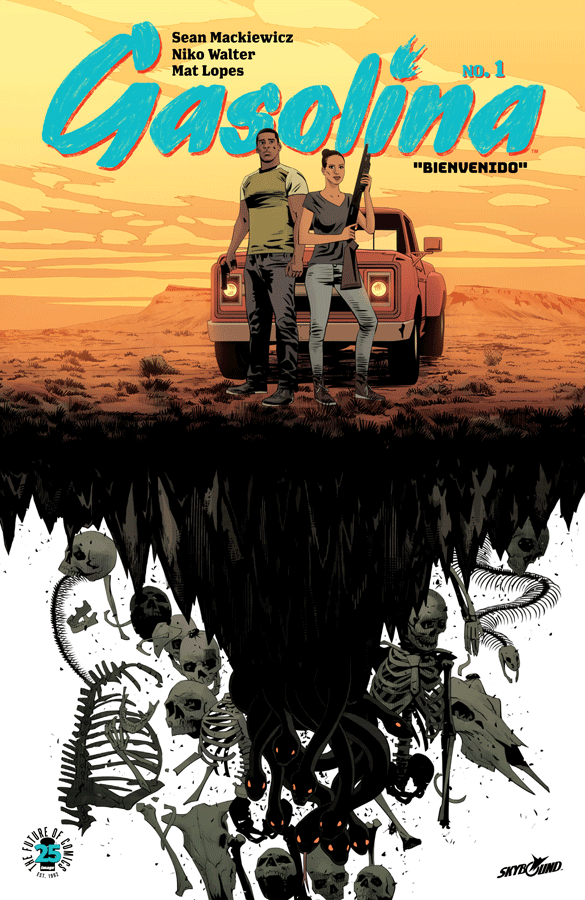 This week, I got to check out an awesome new series from Image Comics and Skybound in the form of Gasolina. How was it?

It’s such a beautiful love story!  He’s el doctor,  she’s la asesina…..will they be able to save poor little Quique from the hands of los queridos?! duhn duhn duuuuuuhn!

The story takes place in El Norte, as newlyweds Amalia and Randy take a stand as leaders against a cruel cartel that looks into engulf Mexico in war. Sean Mackiewicz (known for his editing works through Skybound, i.e. on the Walking Dead) has brilliantly thrown this odd couple into the middle of a cartel kidnapping story.  But there’s more behind their love for each other as well as their secrets.  Will they stay and help their farming community/family, or will they continue to run from their pasts. Artwork comes from Niko Walter (Image Comic’s Demonic), as Niko does an outstanding job with bringing this fantastic story to life.

This tumultuous story is fast paced and written splendidly.  It has everything!  Waiting on the edge of my seat for issue #2.