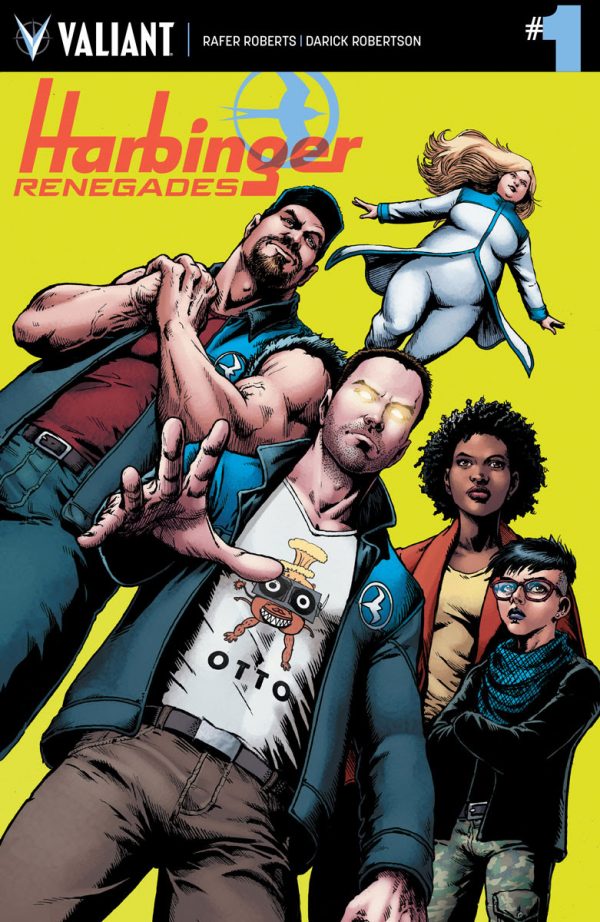 The Psiots Strike Back with Harbinger Renegades

One of Valiant Entertainment’s flagship books when the company returned to the realm of comics was Harbinger. The book focused on Peter Stanchek, a down on his luck guy who happens to be a psiot: a superpowered being with immeasurable powers. Throughout the struggle with Peter and the mega powerful Toyo Harada,  a group of young psiots, known as the Renegades, had Peter’s back. After the titanic tussle, the team splintered away, some using their powers for good, some using it for fame, and some who went off the grid completely. This is where this debut of Harbinger Renegades picks up.

Writer Rafer Roberts (Archer & Armstrong) and artist Darick Robertson (The Boys) bring the dysfunctional super team back to the forefront, which a major problem that has spawned out of the battle with Harada. Now that all of Harada’s secrets on psiots has been leaked to the world, including a list of people around the world that have identified as psiots in need of their powers needing to be awakened, its a crazy, dangerous place. This has made for people trying to awaken their powers on their own, leading to some gruesome results, as we see in the first few pages. This all leads up to Faith defending a young man who is being hunted by two sides for his potential power, so who does she turn to? You got it, the Renegades.

It is great to see the group back in the pages of a monthly book, even if they aren’t on the same “page” yet. But seeing Faith, Kris, Torque and a very different Peter makes for a very interesting set up. Roberts has been knocking it out of the park with Archer & Armstrong, and he has an extremely strong showing for this first issue. We see how big this problem can end up being, which players are moving into place, as we wonder just how powerful Peter may have become since his absence. Robertson is one of my favorite artists; his work on The Boys was outstanding. His work here is just as great, being the perfect artist to bring Valiant’s super team back to the forefront.

Harbinger Renegades #1 brings the psiots back to the forefront, and no doubt puts the world on a collision course for the inevitable Harbinger Wars 2. A top notch debut that sets a very massive stage, pick up the first issue now so you can be on the ground floor for the next big thing from Valiant.