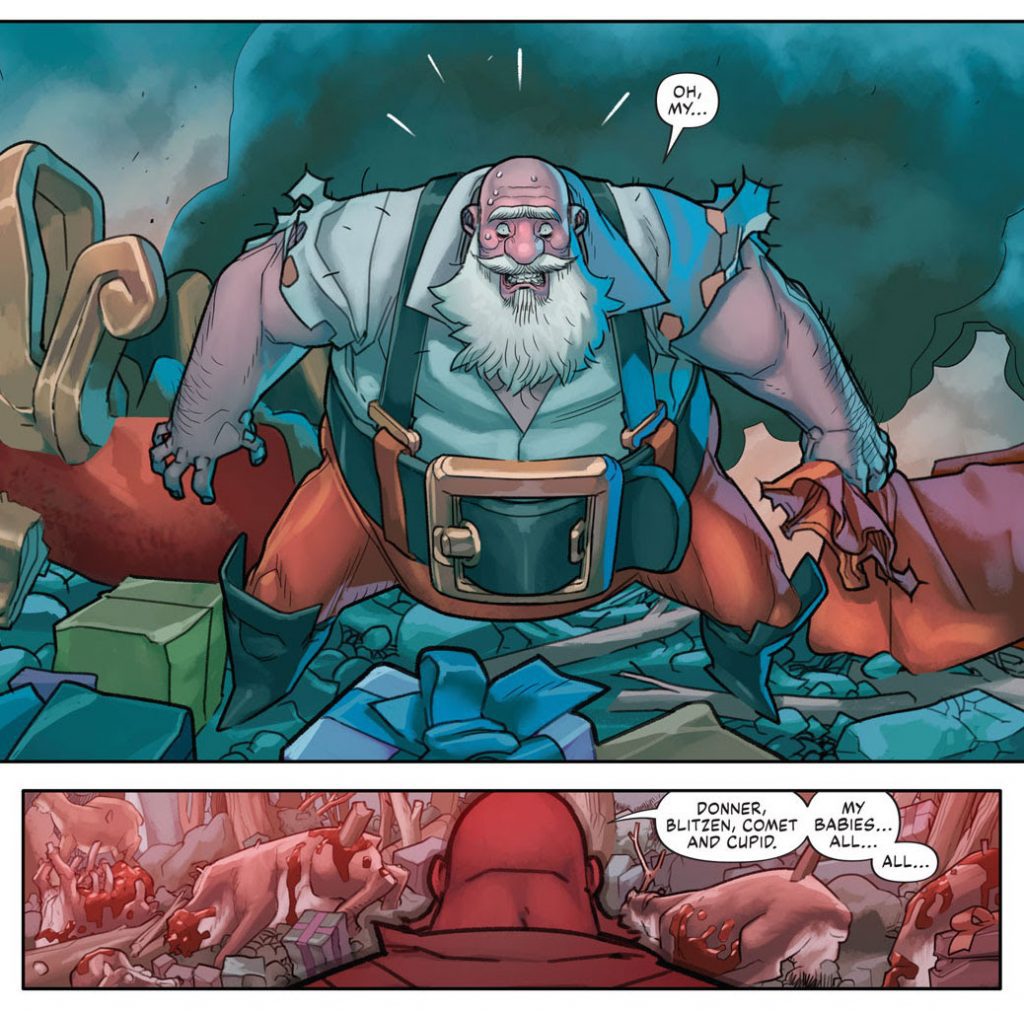 Next summer, Bad Idea is taking the #1 spot on Christmas classics forever with a king-sized holiday spectacular so touching, so hilarious, and so (checks notes)…relentlessly bloodthirsty….that we have to release it in July! Any closer to December and we’d probably have to cancel Christmas altogether. (I mean, what would be the point.)

And, fear not, there’s more where this came from because SLAY BELLS #1 is but the coup de grace of Bad Idea’s merciless onslaught of attention-grabbing new releases coming to select comic shops throughout spring and summer 2021:

July 2021
SLAY BELLS #1
Zeb Wells (writer) ** David Lafuente (art/cover) ** Ulises Arreola (colors)
And how does one procure such refined and distinguished pieces of comics history in the making? You simply have to visit a Bad Idea “destination store” – one of the 100 and counting comic shops around the world that have signed on to join our independent network of direct-distribution retail partners – to pick them up on a Wednesday. (Or pre-order in advance to make sure you secure your copy.)