You gotta love pro wrestling. Having been life long fans of the business, we here at Pastrami Nation love the squared circle and the action in it. However, in the last few years, we have seen, like many of you, the huge decline in quality when it comes to TNA/Impact Wrestling. We would like nothing better than for TNA to change up their game and rise to new heights, so we have made a list of the six big aspects of TNA that need to change, at least in our opinion. 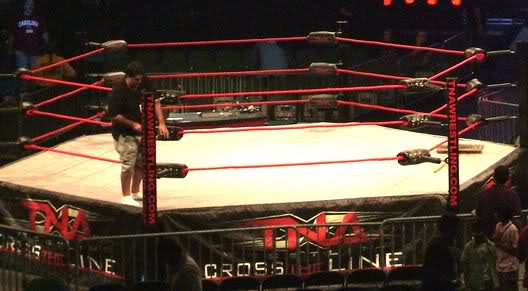 #5-The Death of the Six Sided Ring

It’s hard to stand out in the crowd, especially when the crowd is dominated by the WWE legacy. One way TNA stood out was it’s unique six-sided ring, which created some very cool in ring dynamics. But when Hulk Hogan and Eric Bischoff came to town, one of the first things gone was the awesome TNA ring. Did it lead to the decline seen in the quality of TNA? Not entirely, but I know that, much like I do, most people watch the present day show and miss that oddly shaped ring of champions. 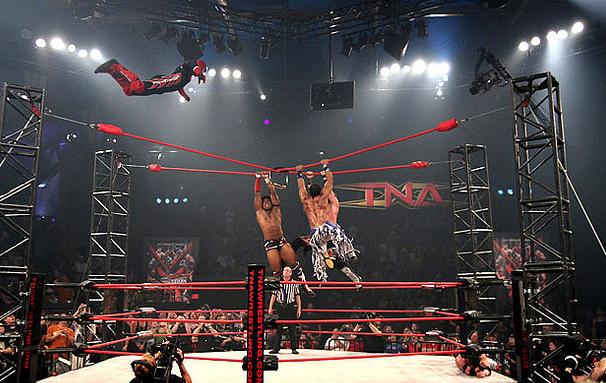 #4- The Decline of the X-Division

AJ Styles, Christopher Daniels, Petey Williams, Samoa Joe, Chris Sabin: the X-Division used to carry such prestige. It was the main reason I loved TNA. The matches between Joe, Styles and Daniels were epic, and Petey William’s Canadian Destroyer is quite possibly the best finisher in wrestling. Now, the X-Division is a shell of what it used to be. It has become better in the last year or so, with Austin Aeries and Rob Van Dam both holding the belt as of late. But take those two out of the equation, and what do you have? Zema Ion is shining, but his name is the only one that comes to mind. A jolt of the X-Division is desperately needed: now let’s get Petey Williams back in the organization and then it’s off to a great start.

WWE’s Attitude Era pushed the envelope when it came to story lines. The Stephanie McMahon love triangle, the Mr. McMahon plot, the Steve Austin/Brian Pillman battle, it was all so memorable. Now, TNA tries to mimic the tried and true formula, with less than stellar results. The AJ Styles/Christopher Daniels/bad actress lady storyline was horrid, and that’s something even AJ has went on record stating. Now, we have Aces and Eights: a Nexus/NWO light version where I am pretty sure TNA doesn’t even know who’s going to end up behind it all. Less mimicking of the WWE and more using what they have, and this can be turned around. Which brings me to…

#2- The Misuse of Talent

Take a good look at the picture above: Samoa Joe, Christopher Daniels, and AJ Styles. These guys are some of the best TNA has to offer, and they have been bumped to mid card status at best. instead, people like Garrett Bischoff and Brooke Hogan get the TV time, and the ones that could help raise the ratings are sitting on the bench. Samoa Joe should be in the title running, not carrying a meaningless title. TNA has a lot of great, long time talent besides the aforementioned: Eric Young, Kazarian, Hernandez just to name a few off the top of my head. Why bring in more and more WWE past talents, when you have such a great roster just ready to make the jump to the main event. 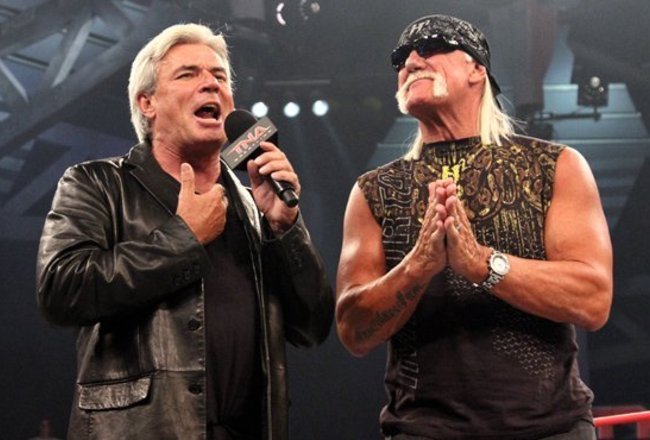 Yes, these two guys are the root of the problems in TNA. Growing up, I was a huge Hulk Hogan fan, and I loved WCW with Eric Bischoff, but in TNA they have been a cancer. Talent gets promoted or bumped by their recommendations, we see Hogan every single week, and we are cursed with having Bischoff’s son Garret act like he is a pro wrestler. These two need to leave, and fast while there is still something worth saving. Better hurry, I think the Nasty Boys could get another tag team title run…