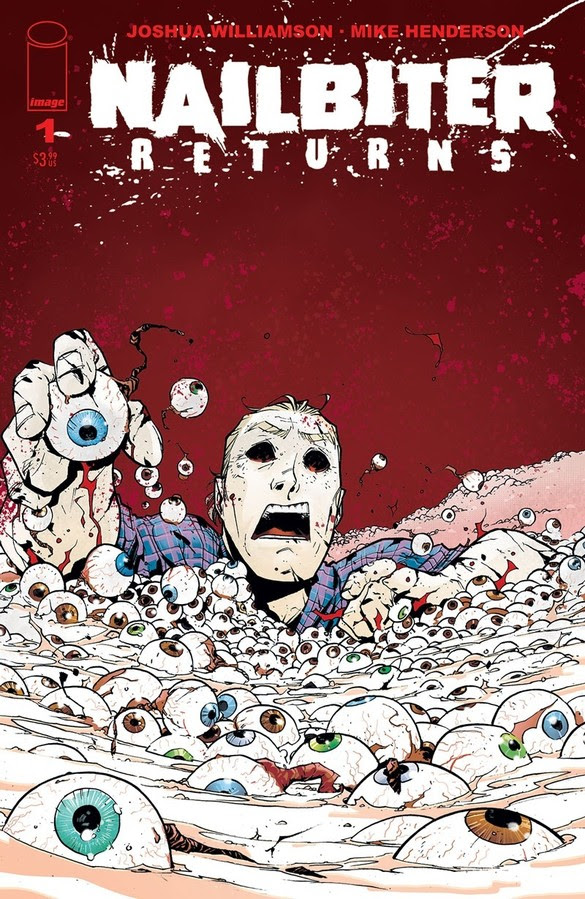 The beloved thriller/horror comic series by Joshua Williamson (The Flash, Birthright) and Mike Henderson (Dead Man Logan, Daredevil) is back this June from Image Comics in the highly anticipated new chapter, Nailbiter: Returns #1.

Sixteen of the world’s worst serial killers were all born in the same small town…but Agent Finch and Sheriff Crane solved and buried that mystery. Didn’t they? In Nailbiter: Returns, violent copycat murders imitating the infamous Buckaroo Butchers have begun in Portland, Oregon, and if Finch wants the killings to stop, he’ll have to team up with the daughter of the Nailbiter himself.

“Over the last few years I have missed the world of Nailbiter and was dying to get back to it. Being back in the town of Buckaroo, the home of serial killers, feels right and satisfies the return to my horror roots that I craved,” Williamson said in an exclusive interview with Comic Book Resources. “The new series builds off the mythology of the original series, has much of the same cast, expands on the mystery, BUT is its own new story.”

Silence of the Lambs meets The Texas Chainsaw Massacre in this blood drenched story of mystery and serial killer mayhem.

Henderson told Comic Book Resources: “I didn’t realize how good it was going to feel to be back expanding the mystery and creeping everyone out.”