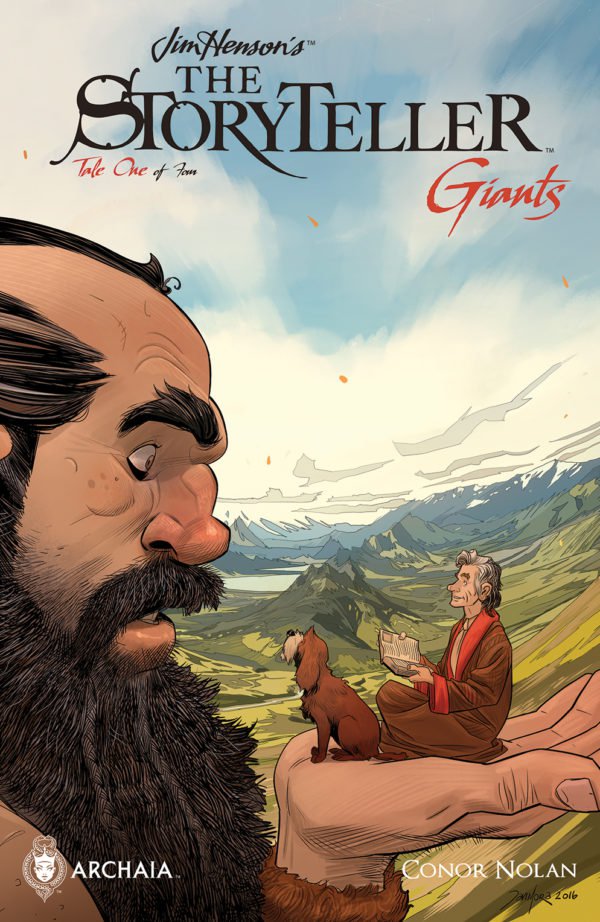 Archaia Entertainment, an imprint of Boom! Studios, has already released two spectacular mini series under the umbrella of Jim Henson’s The Storyteller: Witches and Dragons. With the third series, the focus shifts to another mythological figure: the giant. As with the previous series, each issue is a self contained story about giants, with the first one focusing on a friendly giant out to make a difference.

Written and drawn by newcomer Conor Nolan, this first issue takes us to a mythical land where an elderly couple find a humongous peach, which ends up housing a baby inside. This child grows from infancy to giant sized before he reaches his pre teens, but of course, people fear what they don’t understand. As villagers protest for the giant to leave as they fear for their lives, word spreads of a band of ogres terrorizing a nearby town, the giant leaves to go save a village.

On his way, he befriends a motley crew of friends, ranging from a starving dog, a greedy monkey, and a crownless king swan, the story focuses on accepting those that are different than us, because deep down, they aren’t as different you might think. Nolan’s work here is great, from script to panels, and is a story ripe for all ages. This is a great start to the mini series: an upbeat, lighthearted story of morals and understanding.