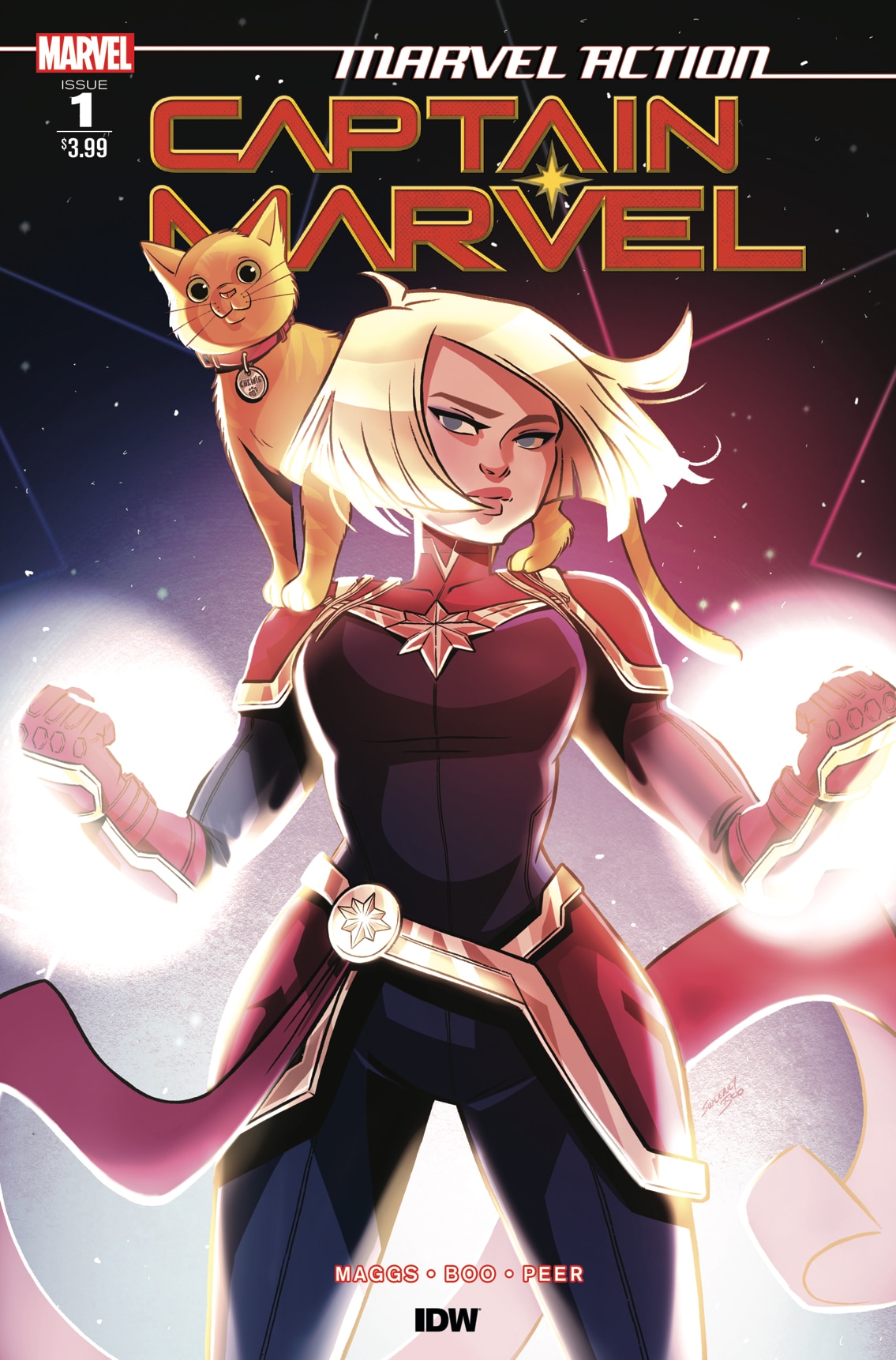 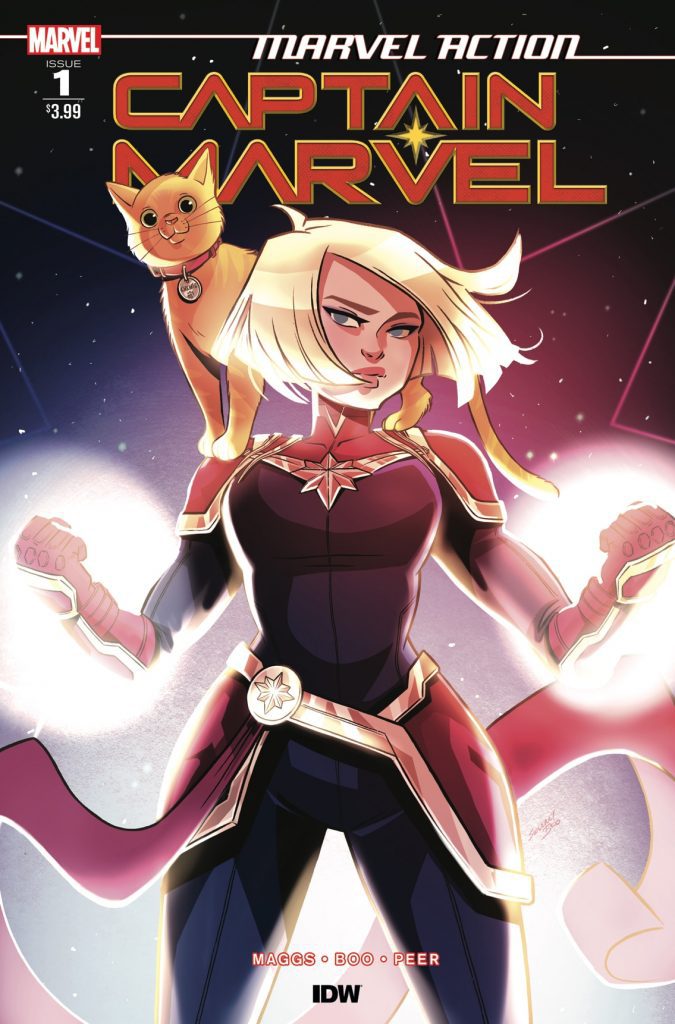 When an army of cute and cuddly, but also man-eating cats invade the island of Manhattan by the thousands who will defend us when the Avengers are off in space…again? None other than Captain Marvel herself. The question remains, will she be able to figure out where this swarm of felines have originated from and will she be able to clear away the kittens? Welcome to Marvel Action: Captain Marvel #1 from IDW Publishing.

Written by Sam Maggs with art by Sweeney Boo, and colors by Brittany Peer, this book takes us deep into the world of Captain Marvel. After learning about the fiasco with the cats, Captain Marvel pulls off her pajamas to reveal, her “Alien-Science-Magic. This allows her to wear her costume all the time undetected. Jessica Drew stands there star-struck at what just happened. A moment later Jessica is trying to find a sitter to watch “Chewie The Flerken” so she can join in, however, Carol lets Jessica know she will be alright out there all by herself. Just before Carol flies out, Jessica suggests that maybe Flerkens are involved, but Carol assures her that Chewie is the only Flerken left in the galaxy.

Carol Danvers is in for quite the treat as she flies into the area the News
Reporter mentioned. While she is there, she must deal with the likes of the evil Cat-Man who has taken advantage of the Cat-astrophie. Right after this, Mister Fish becomes incredibly fond of the kittens and becomes smitten. Something strange happens next that causes Captain Marvel to rethink her original hypothesis.

The cover looks great with eye-catching artwork.
The artwork used in the entire comic book is what drew me in the whole time, and it was quite pleasant to view. I find it a great touch that they added word bubbles representing the television still on in the background. It was a great way of transitioning from the conversation between Jessica Drew, AKA Spider-Woman and Carol Danvers, AKA Captain Marvel.

They had been in the middle of a discussion regarding how they don’t see each other very often outside of work and how everyone needs a friend just when the plot thickens. I also found it a nice touch that they added pink square thought bubbles to help us know what she (Captain Marvel) is thinking. It helps me feel more connected to her as a character.

One thing that I didn’t like is that there are a couple of times when she is chasing the cats on one panel and then on the next, they have disappeared, and she cannot find them. I know this is a superhero trope where the bad guys get away in a silly way; however, I wish we could move past this kind of transition and have a more realistic move from one scene to the next.

I am pleased to have been able to read this and to learn a little bit more about Captain Marvel. Overall I think that this was a great read and it makes me want to keep up with Carol Danvers and her adventures. For me, the artwork of a comic book is critical and plays a significant factor on what my level of enjoyment with the comic book is. This comic book has managed to capture my attention span and held it hostage until I finished looking at the last panel.

Jeremiah Gagnon is a happy-go-lucky goofball of a guy with a passion for all things Super Heros and Comic Books. He is also a Dungeon Master for an all-female actress, Dungeons and Dragons campaign. Gagnon is an amateur Magician as well. He currently lives in Vancouver, WA. You can follow him on Facebook, YouTube  at PressXForAwesome, and Instagram @unicyclezombie.