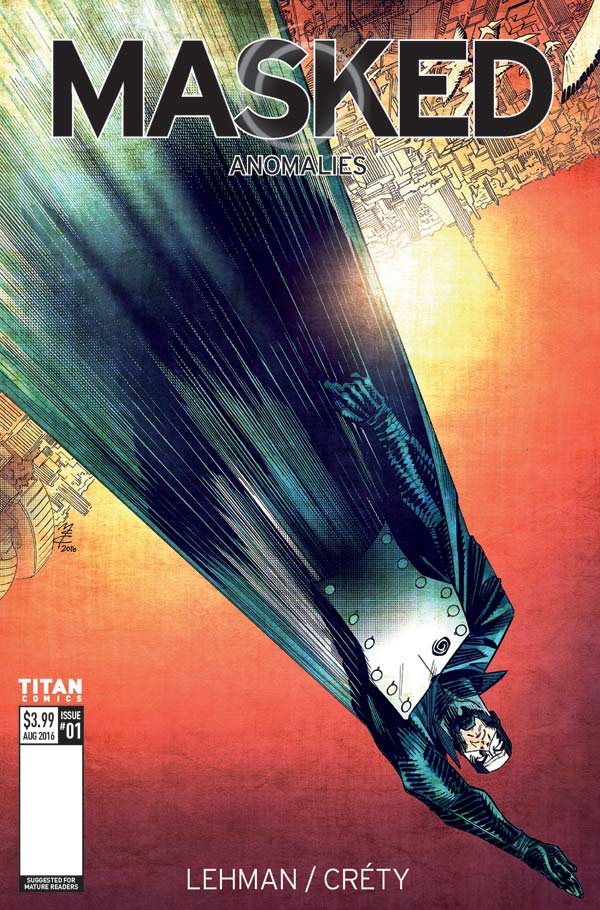 Titan Comics has been known for bringing some amazing foreign comic books and graphic novels stateside, and with the debut issue of Masked, we get another excellent start to a series that was originally published in France.

Written by Serge Lehman with art by Stephane Crety, you might be surprised of the story when looking at the cover, which features an assumed superhero flying through the sky. Contrary to what the cover shows, Masked is about former soldier Frank Braffort, and how the anomalies of the world work their way into his broken life.

We see Frank on the battlefield, seeing his fellow soldiers slaughtered by a hidden combat drone, only be saved my a mysterious person flying in the sky. Living with his sister now, Frank is visited by one of his old friends from the military who takes him to where his skills and services could be needed, but not all goes by without a hitch.

Through translated into English, Lehman’s story is one of brutal honesty of how veterans are often treated, mixed with the mysteriousness of super people in France. Crety’s artwork is very vivid, and shows the futuristic land that Paris has become. The world of Masked is one of wonder and intrigue, but with enough emotional steam to make us want to come back for the second issue. This is a great start to the opposite of a run of the mill superhero book, as Masked looks to open our eyes to a whole new world.