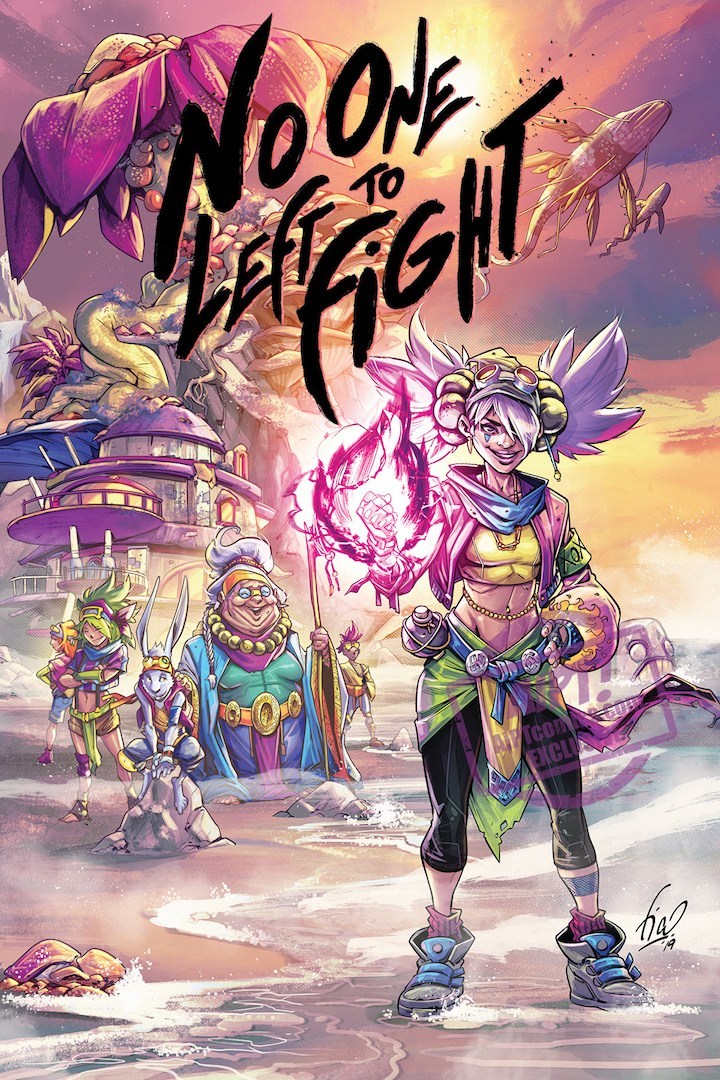 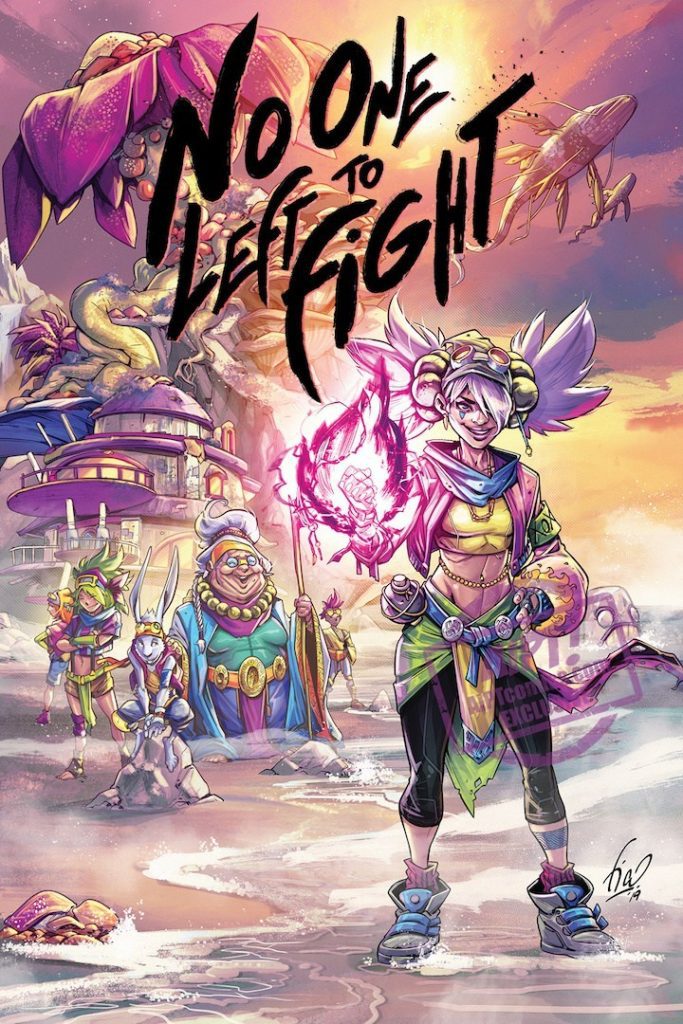 With the second installment of No One Left to Fight, we dive deeper into a world where a born warrior has saved the world, and now is searching for purpose once again. A kindred spirit to Dragonball Z, this book continues to look at a world when the fighting stops.

By Aubrey Sitterson, Fico Ossio, and Taylor Esposito, this issue continues with a fight erupting between friends/rivals Vale and Timor. Vale, being the hero the saved the world, and Timor, always being regarded as second best, fit the mold of Goku and Vegeta, respectfully. When the masses hear that Vale is in town, a crowd gathers for their hero, further creating a divide between the two.

Vale, Timor and Timor’s wife Krysta take a trip, visiting the two heroes’ former trainer, Mistress Harga, and run into a former fellow student, Winda. It is clear Winda has grown up, with feelings towards both Vale and Timor, but they see her as still a kid. We learn more about the upbringing between the two, and how the divide began during their training. While there, Vale gets hit with visions of a future that has yet to happen. He also receives an offer during the night, all as a stranger watches from afar.

Sitterson and Ossio have created a great story here, one that springboards off of the DBZ mythology but goes in different directions, with new additions and characters. I love the vibrant look and feel of the book- it looks like it needs to be adapted to an animated show, one I would binge watch on day one. I love the progression of this book, and I am eagerly awaiting what exactly Vale will do when he realizes there really is no one left to fight. Make sure to add this to your pull list, and tune in next episode!