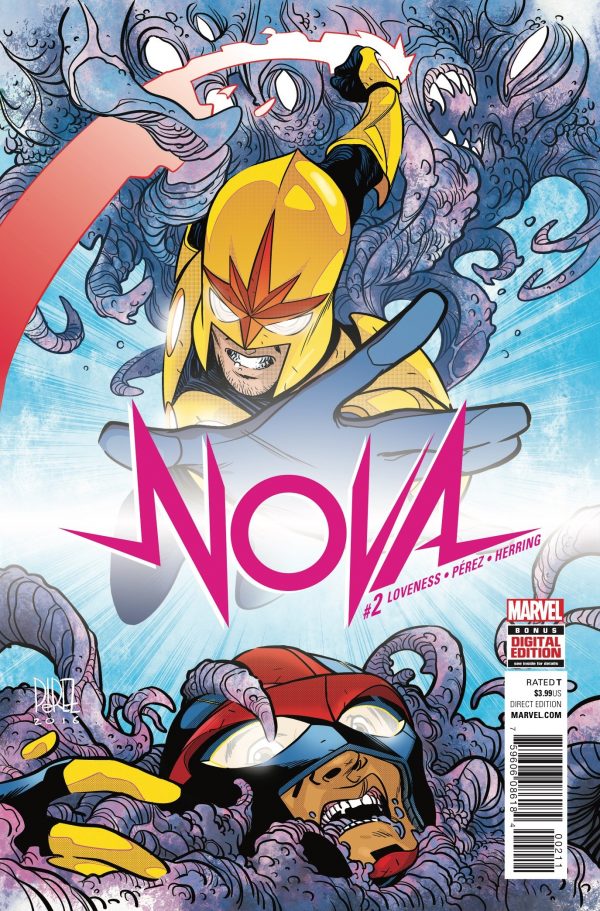 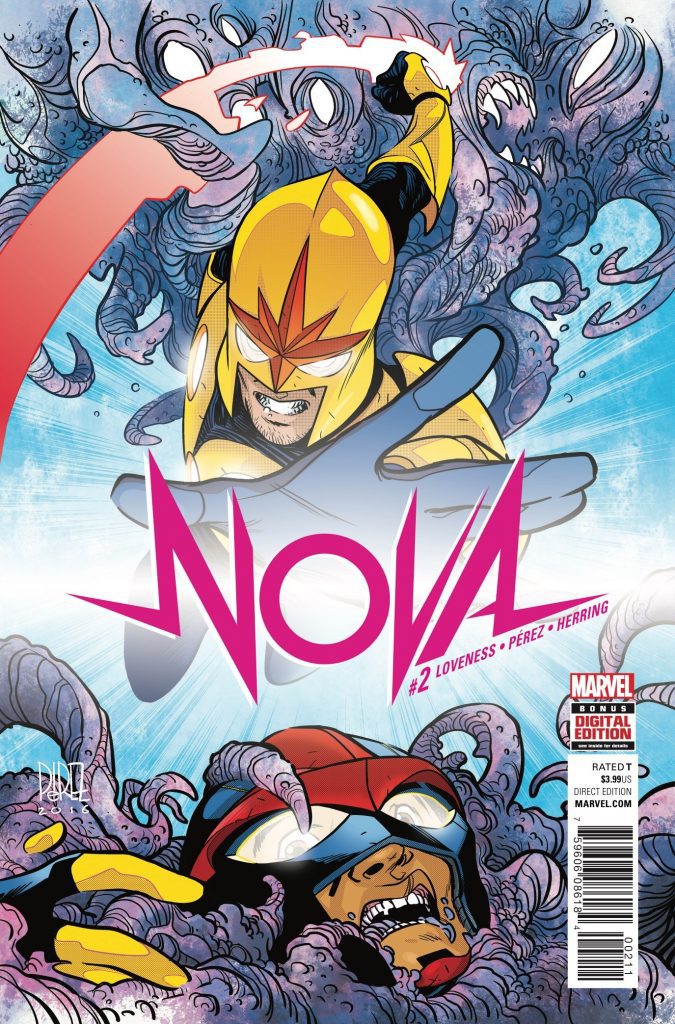 The second issue of the new Nova series is exactly what I wanted to see when the new series was announced. With it, not only do we get to see the interactions between the returning Nova Rich Ryder and current Nova Sam Alexander, but we also get to see part of the galaxy react to the return of one of its greatest heroes.

Written by Jeff Loveness and Ramon K. Perez with art by Perez as well, this is the issue of Nova that everyone wanted to read. First, we get confirmation right off the bat that the man back from the dead is indeed Richard Ryder: not a clone or a skrull or any other imitation. Working in the Champions cleverly, it puts the fears of another clone saga to rest and allows us to move on. But for me, the hands down greatest moment of this issue comes from when the Novas visit the dead Celestial head of a galaxy hub known as Knowhere. We get to see everyone’s favorite cosmonaut dog Cosmo, but also we get to see beings from around the galaxy honor the man who ended the threat known as Annihilus all those years ago, and “died” fighting the mad titan himself, Thanos.

The cliffhanger at the end threw me for a loop, but in an absolutely great way. Loveness and Perez are creating something special here, something that will not only catapult Sam Alexander further into the public’s eye, but also remind everyone that there was indeed a Nova before this modern incarnation. This issue kicked the momentum up to 11, and it looks like a battle is brewing for issue #3.