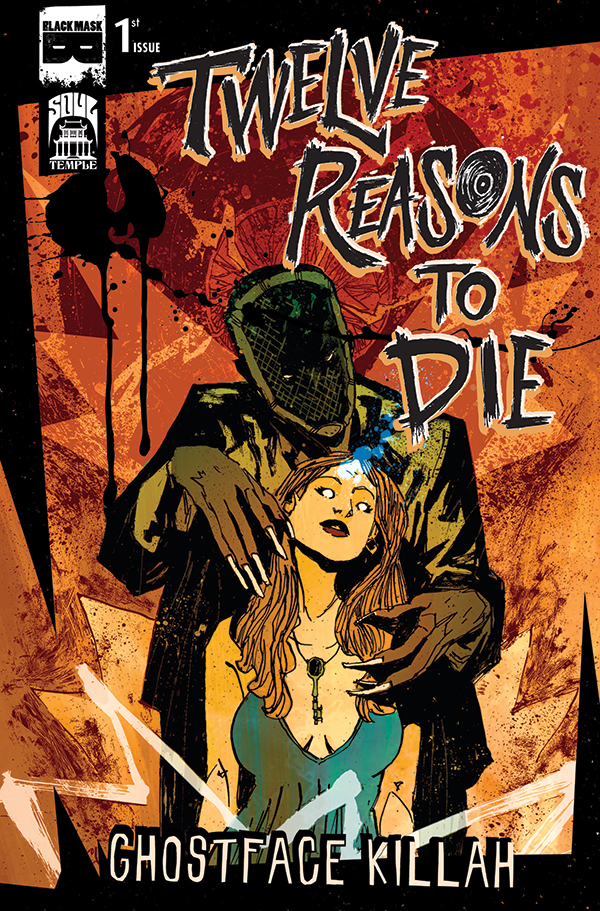 Hot off of their inaugural release of Occupy Comics, Black Mask Studios released four titles to kick everything off. 12 Reasons to Die is one of those titles. From the mind of Wu-Tang Clan alumni Ghostface Killah and The Rza, 12 Reasons to Die is a very different comic from the previous Wu-Tang involved books, right from the beginning.

The story takes place in the 1960’s: a good fellas type intro sets the stage as one crime family, called The 12, describe how they are cut above the rest. During a night out at the club some enforcers get the drop on the 12, ready to take them all out when a dude in snappy suit named Anthony Starks saves them out of nowhere. Mr. Starks is obviously someone not to mess with. The next scene is the untimely death of some poor dude in a Lambo in the classic, gruesome fashion we have come to expect from the Ghostface Killah. The issue ends with a mystery about records, one that leaves the audience guessing.

This was a good read the first book of this series: it was well written, it really got the ball rolling enough for you to wonder what is really going on. I admit that at first I was apprehensive of investing my precious time into a rap artist endorsed comic, but I am glad I did.  It has a lot of variables in which as the reader you will be motivated to see how it pans out. The artwork is crazy good has its own dark Spawn-like style to it. Not too much is revealed and I liked that because it makes you want more. The suspense is killing me: like the records, what are those things? I think there is at least one reason to read “12 Reasons to Die”: because it’s good, real good. This is 3 on the Pastrami Nation Scale: till next time.