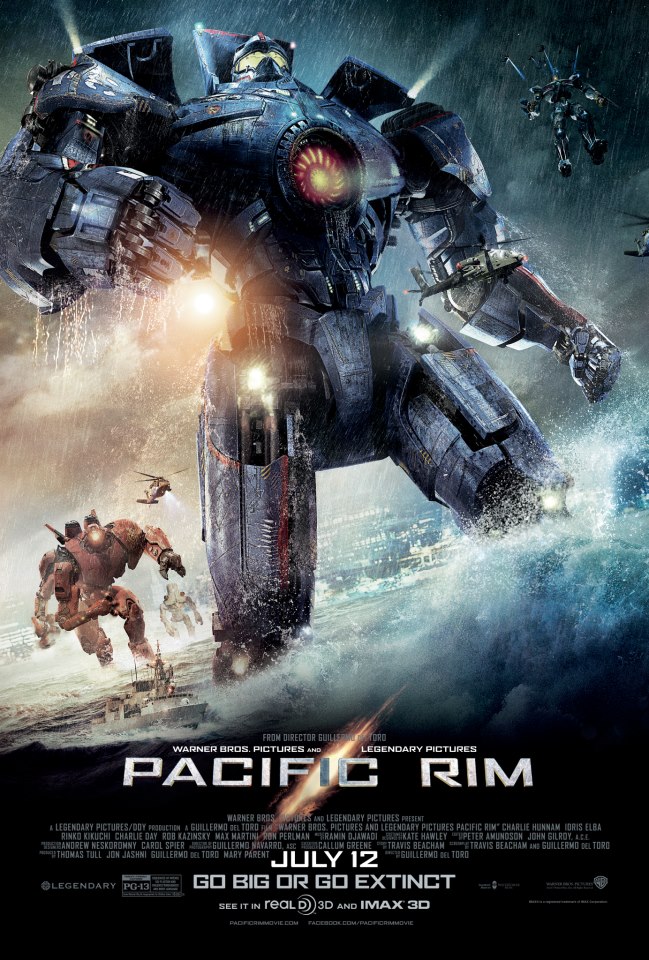 Pacific Rim has been a movie on my radar since it was first announced. Monsters fighting massive, man made robots with glorious amounts of destruction to be had: it seemed like the ultimate action flick. Of course, those purveyors of negative press across the globe had plenty to say about Pacific Rim before it’s release, touting that it would be a failure. So how did this 2013 monster mash turn out?

Directed by Guillermo del Toro (Hellboy I and II, Pan’s Labyrinth), Pacific Rim is exactly what you were hoping for, minus some minor slip-ups. In the not so distant future, monster like aliens known as Kaiju (a nod to classic, Asian monster flicks) have begun emerging from a rift in dimensions located in the Pacific Ocean. This prompts mankind to build metal monsters of their own: two-person piloted robotic suits known as Jaegers. Jaeger pilot Raleigh Becket (Charlie Hunnam) is called out of retirement in an effort to save the world from the increasingly stronger Kaiju invading the planet.

First, the plus side to the film: it is as entertaining as you had hoped. Huge, unique robots beating the heck out of frightening monsters, from the land to the sea: yes, it is as great as it sounds. The action scenes are titanic in nature: to really appreciate it, I would recommend seeing it in 3D on a huge screen. The designs on the Jaegers as well as the Kaiju are amazing: but it is to be expected in a del Toro film.

The down side comes to the form of the research team of the film: namely, actor Charlie Day. The man is so annoying: I mean, way over the top annoying, that you cringe whenever you hear him speak. Unfortunately, that’s quite a few times in the film. This was the main detractor for me in this otherwise extremely enjoyable film. Don’t let this minor annoyance ruin your experience: Pacific Rim is that loud, action packed popcorn flick you have been waiting for this summer. Pacific Rim gets a 4 out of 5 on the Pastrami Nation scale: Monsters versus Monsters means fun for all!