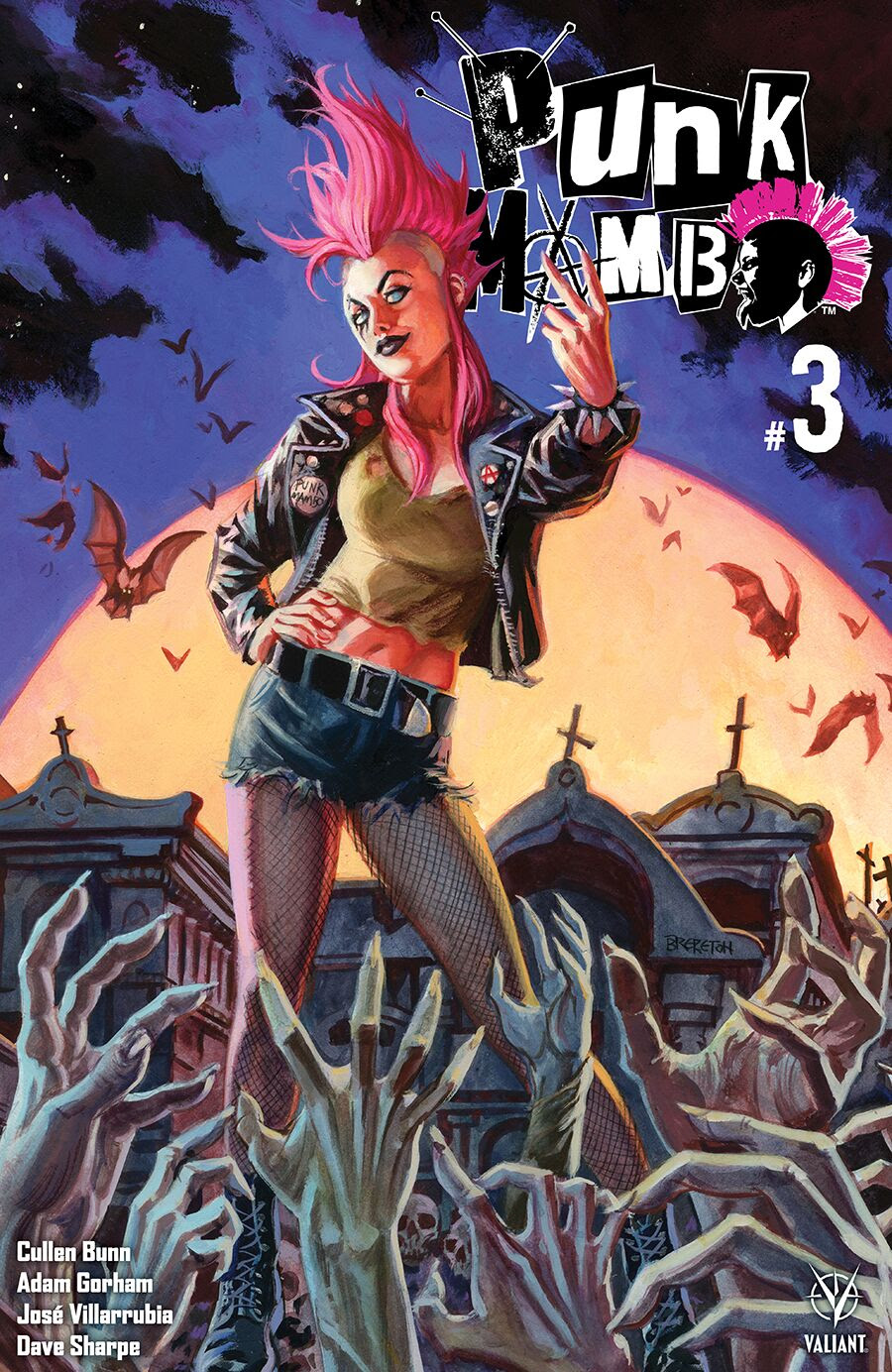 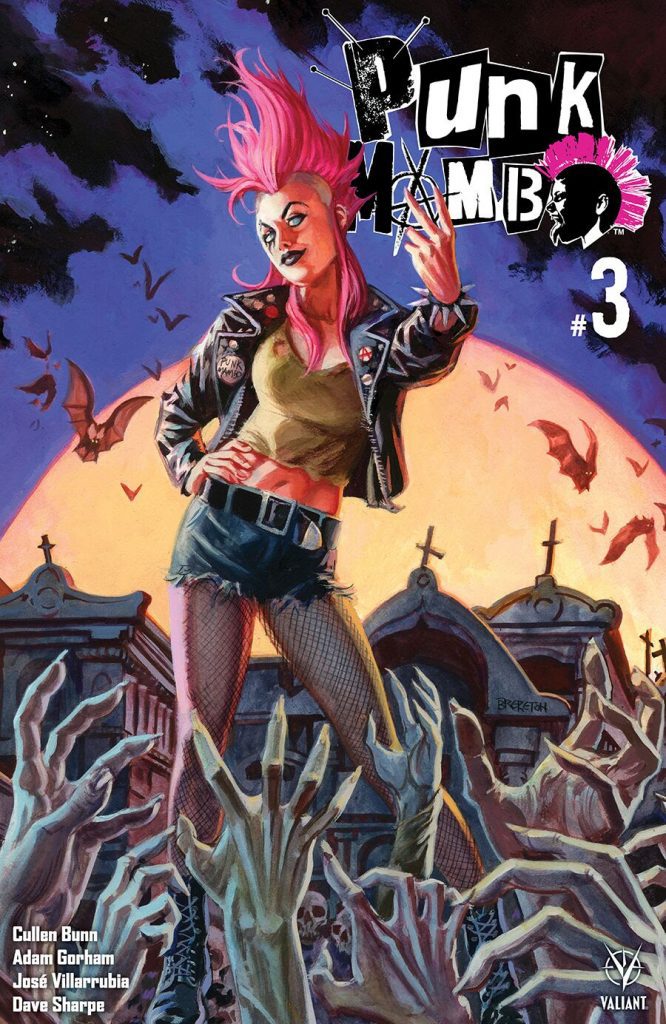 Punk’s story continues to get more mysterious, brutal and intense in the latest issue of Valiant Comic’s “Punk Mambo.”

Over the past few issues, we’ve been on the journey with Punk from the Louisiana Bayou to the mysterious Voodoo underbelly of Haiti. Searching for her Loa (strange creatures from Voodoo lore), she teams up with Voodoo Queen Marie Laveau and Josef, a Voodoo Priest. They are on a mission to find Uncle Grannysack, a spirit who is causing havoc and abducting the Loa. At the end of issue #2, they come face to face with Grannysack. After giving it their best fight, he gets away but takes Laveau with him. But Punk had a trick up her sleeve; she figured out a way to track them, and now they know precisely where Grannysack and his followers are hiding.

Issue 3 picks up the story from there. Levau being taken has become a point of contention between Punk and Josef, and the two go their separate ways. Josef doesn’t believe that Punk is truly the chosen one to take on Grannysack, so he returns to his temple to reconvene with the Voodoo Gods. Meanwhile, Punk is on the trail of Grannysack and finds their hideout. What the two don’t realize is that them being separated was all part of the plan. While Punk is unraveling the mystery of Grannysack, Josef is set up to get a bloody surprise of his own.

The latest issue of Punk Mambo does not disappoint. While the first two issues were a great introduction to the world, this one is well established in it and exists purely to move the story along. We know the characters, the rules, and the mythology, so now it’s time to play ball.

Writer Cullen Bunn doesn’t hold back any punches as he takes the characters on their journey. The mystery at the center of the story unravels smartly and effectively, it feels wholly original and unique. Punk is a tough woman, and she can take anything, including a beating or two (or three). She is one of my favorite characters in the comics landscape, and it’s always a good time to be with her. Whether she is being a pure badass or mouthing off, she is incredibly written.

Between the unraveling mystery and the action, there are a lot of great character moments that make this series so great. Bunn is incredibly comfortable with this world and his characters, and it shows with the writing.

The artwork by Adam Gorham and Jose Villarrubia is beautiful as always. With this series, they created a vision of areas of the world that we have seen before, but never like this. The characters are so well envisioned, it’s tough to find anything wrong with them. It’s just about perfect.
The combination of a great story, characters, and artwork make this series a great read. It’s super fun, very suspenseful and kind of violent, which makes for a great story to me! Definitely check it out!