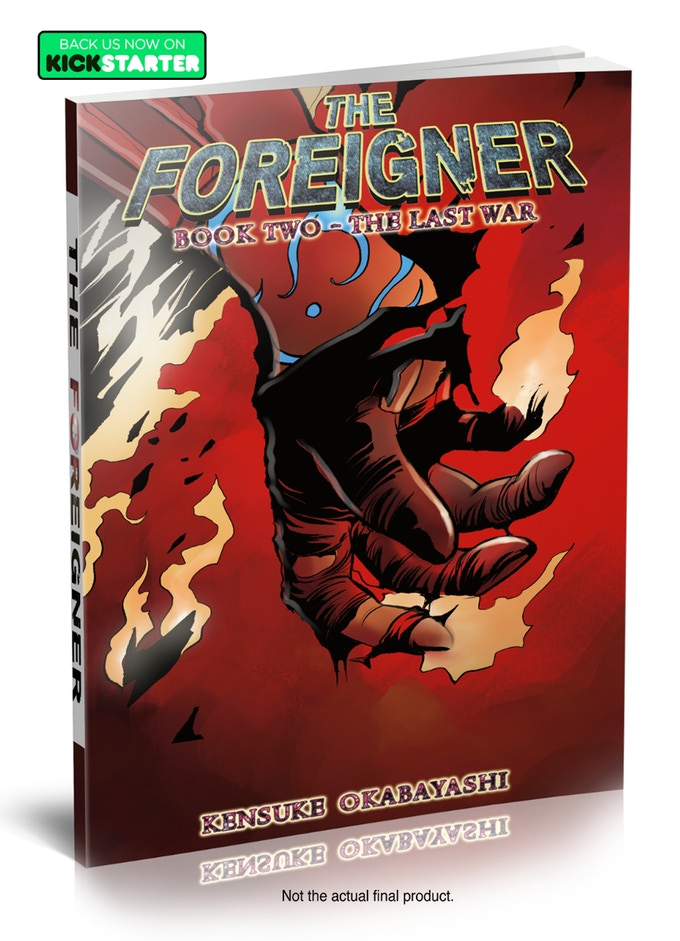 It’s been a while, and do I have a project for you! It is time once again to turn to the excellent crowdfunding website Kickstarter and shine the light down on a very deserving project, a project that needs YOUR help to become a reality. Let me welcome you back to the world of The Foreigner.

What’s it about? First, here is the word from the Kickstarter campaign:

Kaz awakes from the trauma to find himself in another world—one in which his only way home is to forge peace in a place that has only known war for centuries.

In Book One (now available at www.TheForeignerComic.com,) Kaz grapples to make sense of Ravenika and its dangerous surroundings. He is smaller and much more frail than others, making him vulnerable prey in the eyes of the kings and queens who will stop at nothing to take advantage of him in order to get what they want. Fortunately for Kaz, he befriends a mysterious shepherdess, Natya, who becomes his protector.

And here is part of my review from book one:

The book’s story is nothing like I had imagined it would be when I spotlighted the project, it’s even better. Sometimes we try to visualize what something will be like, and usually, we end up let down. Not so with this book. I love the journey of Kaz and the crazy denizens of this new world. Characters like Natya, a skilled and strong hunter that finds Kaz as he was about to meet certain death. The royal family are all unique and memorable in their own ways. Dubbed the Foreigner, Kaz becomes a tool to victory for the parties involved in this royal civil war, but why? And what about his wife? Wait, is this world even real? Did Kaz die trying to save his wife and this is the afterlife?

I have been waiting for part 2, so of course, I want to see this book get funded! Kensuke Okabayashi is an amazingly talented guy, and I cannot wait to see what the second and final volume has in store. So check out the campaign at https://www.kickstarter.com/projects/theforeignercomic/the-foreigner-book-two-graphic-novel, share it, and help make this book happen!!!