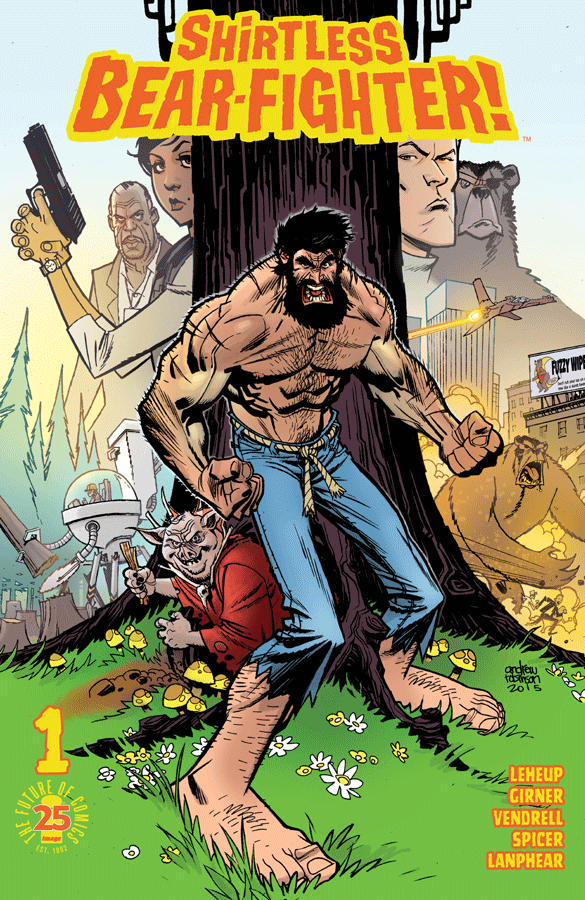 The title alone, Shirtless Bear Fighter,makes you want to see what this book is all about!

This awesome tale written by Jody LeHeup & Sebastion Girner from Image Comics does not let you down. Shirtless Bear Fighter was raised by bears whom he now vows to destroy due to a mysterious event yet to be told. Now living in solitude, Shirtless wants nothing more than to be left alone eating his flapjacks (don’t let him hear you call them pancakes), punching bears and living in his bear house (yes, a house made of bears). Until he is called to action to help stop a rampaging bear from destroying the city. Tell me this doesn’t sound like an amazing debut issue?

What follows next is a hilarious tale full of one liners and comedic gold. The art by Nil Vendrell is crisp, clean and perfect for the books tone. “Sometimes God makes a mistake and makes a man too much of a man”.

Great story and a helluva read! Make sure you put this on your list.