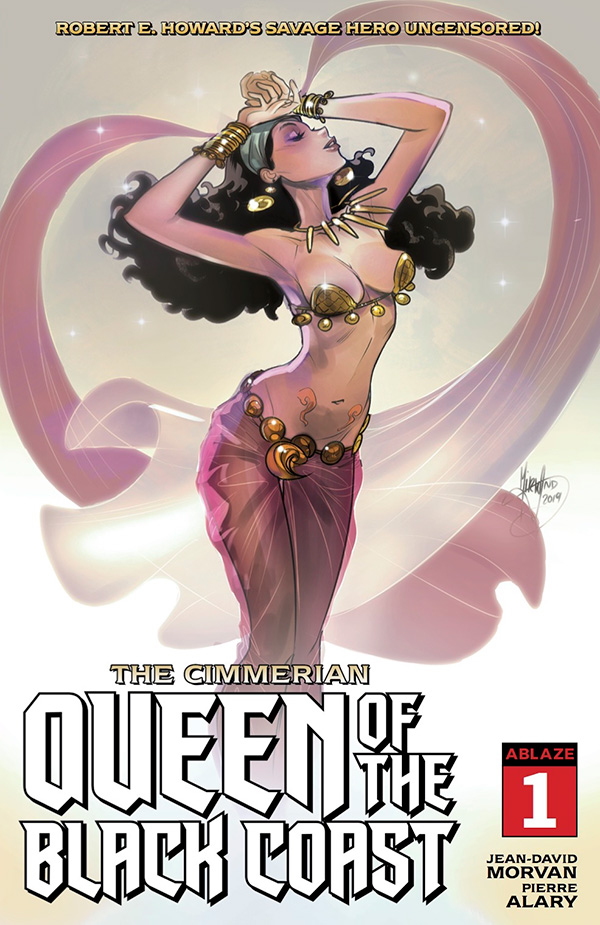 Who doesn’t love a good story featuring Conan? The barbarian turned king has been around since the 1930s and has been the subject of many films, books, comics, and more. Thanks to ABLAZE, we get a look at one of the earliest tales of Conan in all its uncensored glory.

The story, created by Robert E. Howard and first published in Weird Tales in 1934, follows Conan after he brutally kills a judge and ends up on the run. It puts the warrior aboard a vessel that ends up running into the dangerous Belit, Queen of the Black Coast. After clashing with the beautiful leader, the two become partners as they travel the perilous seas. We see plenty of action, amazing violent action, including a fight scene with a giant snake. We also see plenty of the beautiful Belit and her alluring nature.

The comic is written by Jean-David Morvan, adapted from Robert E. Howard’s work, with art by Pierre Alary, Sedyas, and Dezi Sienty, with amazing covers by Jason Metcalf, Mirka Andolfo, Ed Benes, and Pierre Alary. This is such a fantastic thing to read- to see Conan unchained and as brutal as he wants is a breath of fresh air. The book has lots of violence and sexy imagery of Belit, but this is what Conan stories were always known for. I love the artwork, as it reminds me of Chris Bachalo- very quirky and distinct.

We almost didn’t get this book due to a host of reasons. I am thrilled ABLAZE was able to make this happen. I really enjoyed this first issue, and I look forward to more Cimmerian tales to come! The next issue hits in March, and if I were you, I would reserve yours today!